14 websites to make you a more intelligent person 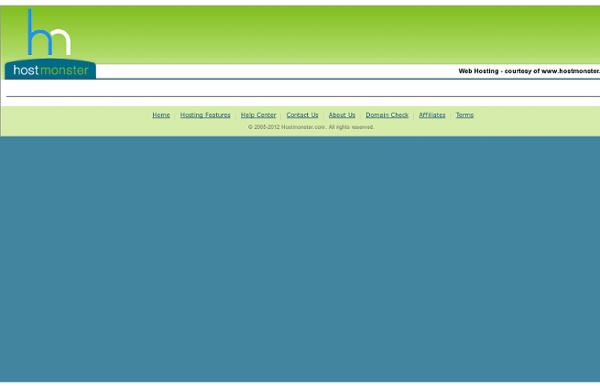 Kurt Vonnegut at the Blackboard Voices in Time I want to share with you something I’ve learned. I’ll draw it on the blackboard behind me so you can follow more easily [draws a vertical line on the blackboard]. This is the G-I axis: good fortune-ill fortune. Death and terrible poverty, sickness down here—great prosperity, wonderful health up there. The Complexity of the Creative Personality Researcher Mihaly Csikszentmihalyi includes in his books and other writings descriptions of the diversity and multiple characteristics of creative people. In a post of hers, Juliet Bruce, Ph.D. notes that Mihaly Csikszentmihalyi (pronounced me-high chick-sent-me-high-ee) wrote, “If there is one word that makes creative people different from others, it is the word complexity. Instead of being an individual, they are a multitude.” “Like the color white that includes all colors, they tend to bring together the entire range of human possibilities within themselves. Creativity allows for paradox, light, shadow, inconsistency, even chaos – and creative people experience both extremes with equal intensity.”

6 Random Things (Other Than Drugs) That Reduce Pain Your nearest drugstore is full of completely fake pain remedies, from shoe magnets to magical ground-up shark bones. But while these new age medicines are little more than placebos, science has found a whole lot of unexpected -- and downright weird -- ways you can control pain without ever swallowing a pill. Things like ...

BookTitles Click on a book to open... As An Alligator and A Bad Chef are okay for children Blog : Doing Spy Stuff with Mathematica I was reading about the IT problems of the recently arrested, alleged Russian spies, and I wondered if they could have managed secret communications better with Mathematica. One of the claims was that they were using digital steganography tools that kept crashing. I wanted to see how quickly I could implement digital image steganography in Mathematica using a method known as “least significant bit insertion”. Hell: Exothermic or Endothermic? 1, April 28, 2010 by jonathanturley This answer to a college chemistry exam was sent to me recently and restores my faith in the new generation of college students. The answer was purportedly in response to the bonus question on a University of Arizona chemistry midterm: “Is Hell exothermic (gives off heat) or endothermic (absorbs heat)?” Here is the student’s answer: First, we need to know how the mass of Hell is changing in time. So we need to know the rate at which souls are moving into Hell and the rate at which they are leaving, which is unlikely.

Ab Exercise STOP! Don’t do another crunch ab exercise. You have alternatives Personality Disorder Test - Personality Test This test, sponsored by 4degreez.com, is meant to help determine whether or not you have a personality disorder. It is not meant to be used as a diagnostic tool, but rather as a tool to give you insight into a potential disorder that may be having a negative impact on your life. If you believe you may be suffering from a personality disorder or any other disorder, you should ask your family doctor to recommend a therapist in your area to meet with. In addition to this personality test we have psychology forums to discuss issues with other visitors. A personality disorder is basically a set of traits that combine to negatively affect your life.

Free Books A lot of people keep asking about a good list of programming books. Hence, we are building this list to save your time and to spread the knowledge. Some of these books will definitely help us to evolve our coding skills and thought processes for developing better solutions. We will do our best to keep updating this list, hope you find this list useful, here we go. Meta-List Vanishing Point: How to disappear in America without a trace Where there's water, life is possible. True, it may be very difficult and very hard to live, depending, but anyone who's driven, hiked, or camped in the American South West will have noticed that cities and ranches crop up where there's surface water or where there's been a well dug. Within the state of California, Nevada, Arizona, Utah, New Mexico, and Colorado, there are deserts, mesas, mountains, and forests where normally people never or rarely visit; not-so-secret places where there's water, access to a road within a day's hike, and where a fairly rugged individual may hide while remaining basically healthy, marginally well fed, and reasonably sane. In this section I'll look at two such environments, neither of which I would recommend, but one of which I'd suggest is a reasonable way to live in basic health while either on the run, hiding out from the law, old girl friends, the draft for an illegal war, putative wives and such. Where exactly? How I Would Do It

A Klingon Christmas Carol It had to happen at some point. The first play to ever be produced in the language of the Klingons, A Klingon Christmas Carol began its performances in Chicago recently. Scrooge of course is the central character and to begin with, he has no honor and no courage. What better way to start a great and noble story of a warrior's redemption? Yet Tiny Tim awaits a horrible fate if Scrooge does not recover both his honor and his courage. Traveling Lightly Through Life ‘A good traveler has no fixed plans, and is not intent on arriving.’ ~Lao Tzu Editor’s note: This is a guest post from Francine Jay of Miss Minimalist. I’m often asked what inspired me to become a minimalist. The answer: I fell in love with traveling lightly. After over-packing on a few trips—and suffering the misery of lugging around a heavy suitcase—I vowed never to check a bag again.