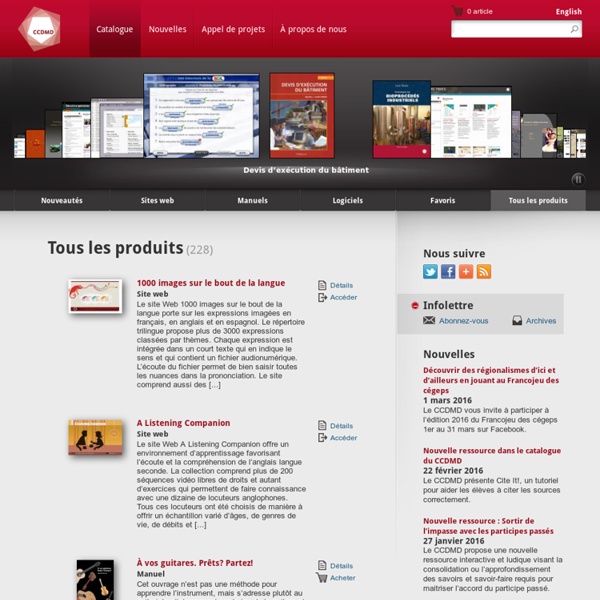 Mindmup Capture ideas at the speed of thought – using a mind map maker designed to help you focus on your ideas and remove all the distractions while mindmapping. Create unlimited mind maps for free, and store them in the cloud. Your mind maps are available everywhere, instantly, from any device. Flipped Classroom 2.0: Competency Learning With Videos The flipped classroom model generated a lot of excitement initially, but more recently some educators — even those who were initial advocates — have expressed disillusionment with the idea of assigning students to watch instructional videos at home and work on problem solving and practice in class. Biggest criticisms: watching videos of lectures wasn’t all that revolutionary, that it perpetuated bad teaching and raised questions about equal access to digital technology. Now flipped classroom may have reached equilibrium, neither loved nor hated, just another potential tool for teachers — if done well. “You never want to get stuck in a rut and keep doing the same thing over and over,” said Aaron Sams, a former high school chemistry teacher turned consultant who helped pioneer flipped classroom learning in an edWeb webinar. “The flipped classroom is not about the video,” said Jonathan Bergmann, Sams’ fellow teacher who helped fine tune and improve a flipped classroom strategy.

The Teacher's Guide To Flipped Classrooms Since Jonathan Bergman and Aaron Sams first experimented with the idea in their Colorado classrooms in 2004, flipped learning has exploded onto the larger educational scene. It’s been one of the hottest topics in education for several years running and doesn’t seem to be losing steam. Basically, it all started when Bergman and Sams first came across a technology that makes it easy to record videos. They had a lot of students that regularly missed class and saw an opportunity to make sure that missing class didn’t mean missing out on the lessons. Once students had the option of reviewing the lessons at home, the teachers quickly realized the shift opened up additional time in class for more productive, interactive activities than the lectures they’d been giving. And voila: a movement began.

8 Crucial Resources For Flipped Classrooms YouTube This might be the most popular tool teachers have used for flipped instruction. I thought about why and came up with a few reasons. You don’t have to establish a class list to allow for student discussion. Other services, such as those that approximate a LMS, require a lot of preparation before a teacher can use it. The Flipped Class: Myths vs. Reality Editor's Note: On the heels of our viral posts in over 100 countries about the flipped classroom earlier this year (links below), we asked Jon Bergmann if he could share some of the feedback he was receiving in light of the notable interest about this topic. The timing couldn't have been more perfect since he was about to leave for a conference about you-guessed-it, the flipped class. Here is Part 1 of our three part series The Daily Riff. See Part 2 and 3 links below. - C.J. Westerberg The Flipped Class: What it is and What it is Not

Camtasia Reviews edshelf Page not found. If you think this is a mistake let us know. Were you looking for a tool? Try a search: Sign in Maps Locations reported by various studies as undergoing high rates of land cover change in the past few decades In the case of forest cover change, the studies refer to the period 1980–2000 and are based on national statistics, remote sensing, and to a limited degree expert opinion. In the case of land cover change resulting from degradation in drylands (desertification), the period is unspecified but inferred to be within the last half-century, and the major study was entirely based on expert opinion, with associated low certainty. 30 Nov 2007 - by Philippe Rekacewicz, Emmanuelle Bournay, UNEP/GRID-Arendal

The Tools to Flip Your Classroom Collection by Jake Duncan edshelf Tools to Flip Your Classroom Curated by Jake Duncan Share: 19 followers 31 tools ParadigmOfComplexity The last few decades have seen the emergence of a growing body of literature devoted to a critique of the so-called “old” or “Cartesian-Newtonian” paradigm which, in the wake of the prodigious successes of modern natural science, came to dominate the full range of authoritative intellectual discourse and its associated worldviews. Often coupled with a materialistic, and indeed atomistic, metaphysics, this paradigm has been guided by the methodological principle of reductionism. The critics of reductionism have tended to promote various forms of holism, a term which, perhaps more than any other, has served as the rallying cry for those who see themselves as creators of a “new paradigm.” At the forefront of such a challenge, and in many ways the herald of the new paradigm, is the relatively new movement of transpersonal psychology. In taking seriously such experiences, transpersonal theory has been compelled to transcend the disciplinary boundaries of mainstream psychology. C.

Apps That Rise to the Top: Tested and Approved By Teachers Michelle Luhtala/Edshelf With the thousands of educational apps vying for the attention of busy teachers, it can be hard to sift for the gold. Michelle Luhtala, a savvy librarian from New Canaan High School in Connecticut has crowd-sourced the best, most extensive list of apps voted on by educators around the country. “I wanted to make sure we had some flexibility because there’s no one app that’s better than all the others,” Luhtala said. Some apps are best for younger students, others are more complicated, better suited for high school students.

Simplexity Simplexity is an emerging theory that proposes a possible complementary relationship between complexity and simplicity. The term draws from General Systems Theory, Dialectics (philosophy) and Design. Jeffrey Kluger wrote a book about this phenomenon that describes how house plants can be more complicated than industrial plants, how a truck driver's job can be as difficult as a CEO's and why 90% of the money donated to help cure diseases are given only to the research of 10% of them (and vice versa). The term has been adopted in advertising, marketing and the manufacture of left-handed screwdrivers. Design aspects[edit]

Modifying the Flipped Classroom: The "In-Class" Version So. You've tried flipping your class, and it didn't go well. Or you've heard about flipping and want to try the approach, but you're pretty sure it won't work in your school. Don't give up yet -- with a slight twist, flipping might be possible for you after all. Flipped classrooms -- where direct instruction happens via video at home, and "homework" takes place in class -- are all the rage right now, and for good reason. Early research on flipped learning looks promising.