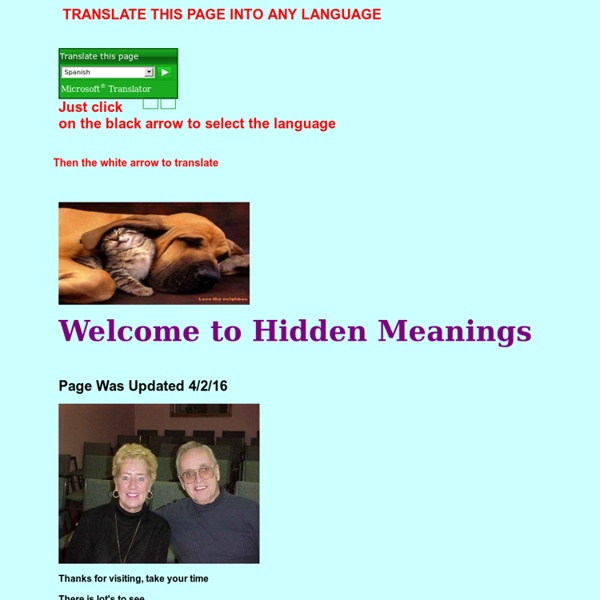 What Is Gehenna? Another Greek word that is translated hell is "Gehenna." This word is used twelve times in the New Testament with Jesus employing it eleven times. Gehenna is derived from the Hebrew ge hinnom or the "valley of Hinnom." Hinnom was probably the name of a person in ancient Israel. The valley of Hinnom is a deep narrow glen just outside of Jerusalem. It was also called Tophet, or the valley of dead bones. The whole valley where dead bodies and ashes are thrown, and all the terraces out to the Kidron Valley on the east as far as the corner of the Horse Gate, will be holy to the LORD. Place Of Child Sacrifices In Old Testament times this had been the scene of the practice of child-sacrifice under some of the godless kings of Israel. And they have built the high places of Tophet, which is the Valley of the Son of Hinnom, to burn their sons and their daughters in the fire, which I did not command, nor did it come into My heart (Jeremiah 7:31). Place Of Burning Refuse Outside The City

Vera Stanley Alder Vera Dorothea Stanley Alder (29 October 1898 - 26 May 1984) was a portrait painter and mystic. She wrote several books and pamphlets on self-help and spirituality. She founded the World Guardian Fellowship. Background and family life[edit] Vera Dorothea Stanley Alder was born 29 October 1898 at Eglingham, near Alnwick, Northumberland.[1] Her father David Julius Adler (born 3 April 1871) was Danish and her mother Sylvia Marie Stanley (born 12 December 1880) was English. Vera first married Roland Hunt, a naval architect, on 12 June 1943[4] with whom she shared a common enthusiasm for esoteric subjects. On 16 February 1963[5] Vera married Aage Larsen, her Danish publisher; the marriage lasted until her death on 26 May 1984, in Bournemouth, where Vera was cremated on Wednesday 6 June[6] the local paper noting that she had a 'wide ranging and exuberant interest in spiritual life'. Career and works[edit] Works[edit] References[edit]

restoredtofreedom So many people around the world have no clue what a spirit of Leviathan is. I used to be one of them until February of 2015. Did you know that there are 15 verses in the Bible that talk about Leviathan and how fierce he is? I will reprint Job 41 below so that you will not have to look it up on your own as I believe it is so important for people to understand this spirit as it is causing havoc in the majority of the lives of people around the world and they have no clue. Job Chapter 41 is printed below: 41 “Can you draw out Leviathan with a hook,Or snare his tongue with a line which you lower? 12 “I will not conceal his limbs,His mighty power, or his graceful proportions.13 Who can remove his outer coat? So how does Leviathan have a right to torment someone? You can also get that spirit if your father, grandfather or great grandfather was ever involved in the Freemasons or Shriners because of the oaths that they make in secret to Satan. So what is the solution?

Walter Russell Walter Bowman Russell (May 19, 1871 – May 19, 1963) was an American polymath known[1] for his achievements as a painter, sculptor, author and builder and less well known as a natural philosopher and for his unified theory in physics and cosmogony.[2][3] He posited that the universe was founded on a unifying principle of rhythmic balanced interchange. This physical theory, laid out primarily in his books The Secret of Light (1947) and The Message of the Divine Iliad (1948–49), has not been accepted by mainstream scientists.[4] Russell asserted that this was mainly due to a difference in the assumptions made about the existence of mind and matter; Russell assumes the existence of mind as cause while he believes that scientists in general assume the existence of mind as effect.[5] Russell was also proficient in philosophy, music, ice skating, and was a professor at the institution he founded, the University of Science and Philosophy (USP). Biography[edit] Legacy[edit] Nuclear reactors[edit]

On Point Preparedness - Be watchful and stand firm in the faith... Richard C. Hoagland Richard Charles Hoagland,[3] (born April 25, 1945 in Morristown, New Jersey[4]) is an American author, and a proponent of various conspiracy theories about NASA, lost alien civilizations on the Moon and on Mars and other related topics. His writings claim that advanced civilizations exist or once existed on the Moon, Mars and on some of the moons of Jupiter and Saturn, and that NASA and the United States government have conspired to keep these facts secret. He has advocated his ideas in two published books, videos, lectures, interviews,[5][6] and press conferences.[7][8] His views have never been published in peer-reviewed journals.[9] Hoagland has been described by James Oberg of The Space Review and Dr. Phil Plait of Badastronomy.com as a conspiracy theorist and fringe pseudoscientist.[10][11] Background[edit] Hoagland appears regularly as the "Science Advisor" for Coast to Coast AM, a late-night radio talk show.[19] Hyperdimensional physics[edit] Mars, Face on Mars, and Cydonia[edit]

Sidney Sussex College : Notebook of Samuel Ward (1572-1643) Introduction First published in 1611, the King James Bible or 'Authorized Version' stands as both the Bible’s most enduring English translation and the most widely read work of English writing in the history of the language. The manuscript catalogued today as MS Ward B, held in the archives of Sidney Sussex College, Cambridge, contains the earliest known draft of any part of the King James translation. It also represents the only extant draft of the work in a hand definitively belonging to one of the King James translators themselves. The King James Bible was commissioned by the newly crowned James I in 1604, with work on the translation initially divided among six teams or 'companies' of translators: two companies based in Cambridge, two in Oxford, and two in Westminster. Each company, most comprising around seven or eight men, bore responsibility for crafting a separation portion of the translation. Contents Translation as revision of the Bishops' Bible Ward and the King James Version

Rodney Stich Rodney Stich (born 1923) is an American author and former Federal Aviation Authority (FAA) investigator (1962–1968). According to Burnett's Conspiracy Encyclopedia, "his work led him to believe that there was major corruption at the heart of the aviation business. His "whistle-blowing" campaign was carried out for over 30 years, in which he filed his own "federal actions" in courts throughout the United States. His book Unfriendly Skies (1968) led to a "tale of Job-like proportions in which Stich doggedly filed private lawsuits against the FAA and eventually lost his business, money, home, and ultimately his liberty." In 1986 he was imprisoned for six months for contempt of court.[1] Christopher Story's conspiracy journal, International Currency Review (ICR), considers that Stich was a pioneer in exposing the crimes committed by the United States government and their concealment. Bibliography[edit] References[edit]

Did the Romans Invent Christmas? Saturnalia by Ernesto Biondi (1909), at the Buenos Aires Botanical GardensIt was a public holiday celebrated around December 25th in the family home. A time for feasting, goodwill, generosity to the poor, the exchange of gifts and the decoration of trees. But it wasn’t Christmas. The first-century AD poet Gaius Valerius Catullus described Saturnalia as ‘the best of times’: dress codes were relaxed, small gifts such as dolls, candles and caged birds were exchanged. Saturnalia saw the inversion of social roles. ‘During my week the serious is barred: no business allowed. Saturnalia originated as a farmer’s festival to mark the end of the autumn planting season in honour of Saturn (satus means sowing). Saturnalia grew in duration and moved to progressively later dates under the Roman period. From as early as 217 BC there were public Saturnalia banquets. Emperor Domitian (AD 51-96) may have changed Saturnalia’s date to December 25th in an attempt to assert his authority.