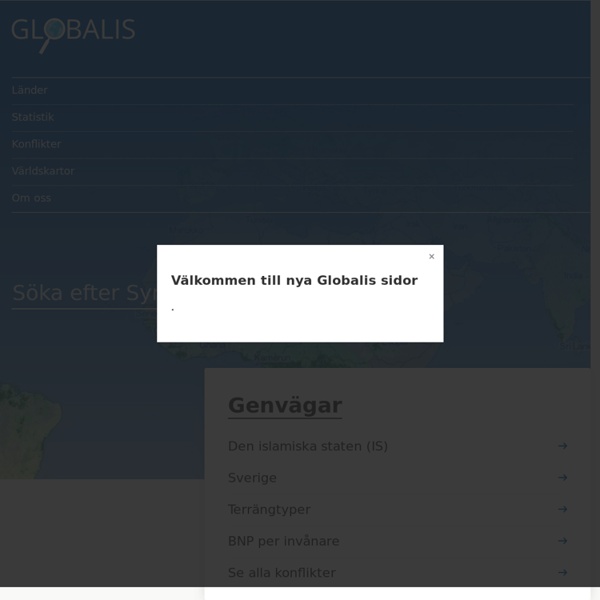 Exploring Nature Educational Resource indicates a section of the site that is available to subscribing members only. Not a member? Feel free to click on these links and view the samples we have made available. 40 maps that explain the world By Max Fisher By Max Fisher August 12, 2013 Maps can be a remarkably powerful tool for understanding the world and how it works, but they show only what you ask them to. So when we saw a post sweeping the Web titled "40 maps they didn't teach you in school," one of which happens to be a WorldViews original, I thought we might be able to contribute our own collection. Some of these are pretty nerdy, but I think they're no less fascinating and easily understandable. Drottningholm Palace panorama in Sweden - 360Cities Europe is generally agreed to be the birthplace of western culture, including such legendary innovations as the democratic nation-state, football and tomato sauce.The word Europe comes from the Greek goddess Europa, who was kidnapped by Zeus and plunked down on the island of Crete. Europa gradually changed from referring to mainland Greece until it extended finally to include Norway and Russia.Don't be confused that Europe is called a continent without looking like an island, the way the other continents do. It's okay. The Ural mountains have steadily been there to divide Europe from Asia for the last 250 million years. Russia technically inhabits "Eurasia".Europe is presently uniting into one political and economic zone with a common currency called the Euro. The European Union originated in 1993 and is now composed of 27 member states.

Plate Tectonics - Earth Like a Puzzle - Children learn about plate tectonics, earthquakes, and volcanoes at this site in Scripps Institution of Oceanography by Nan Criqui Most people know that Earth is moving around the Sun and that it is constantly spinning. But did you know that the continents and oceans are moving across the surface of the planet? Volcanoes and earthquakes as well as mountain ranges and islands all are results of this movement. Less than 100 years ago, many scientists thought the continents always had been the same shape and in the same place.

Listening comprehension with trailers of English language movies Got it! This website uses cookies to ensure the services of Google Analytics and Google Adsense. More info Cookie Consent plugin for the EU cookie law Biology Archives - Science Sparks Playing Detective – add some science to role play This post is all about adding a bit of science sparkle to role play, the activities should hopefully add a simulating and educational twist to an already fun game. My little boy is usually a bit reluctant to play role play games, but generally if I add in a task or some props he is much more enthusiastic. Here are just a few of our favourite ideas.

Atlas for a Changing Planet Understanding natural and human systems is an essential first step toward reducing the severity of climate change and adapting to a warmer future. Maps and geographic information systems are the primary tools by which scientists, policymakers, planners, and activists visualize and understand our rapidly changing world. Spatial information informs decisions about how to build a better future. Scroll down or click below to explore a sampling of maps from Esri's ArcGIS Online resource on these themes: 1. Understanding Natural Systems