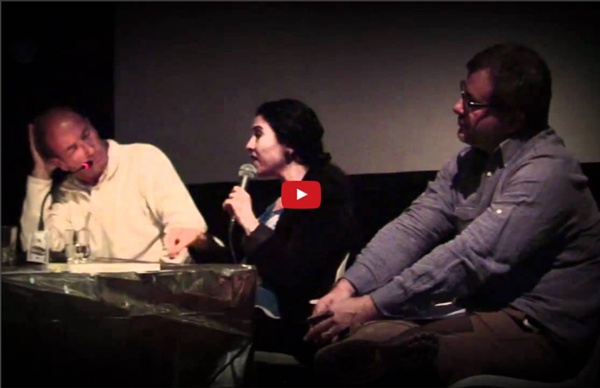 Realities Behind Prosecuting Big Banks Michael Reynolds/European Pressphoto AgencyEric Holder told senators last week that some banks are so large that prosecuting them could be economically destabilizing. Are banks too big to jail? If there was any doubt about the answer to that question, Eric H. Holder Jr., the nation’s attorney general, last week blurted out what we’ve all known to be true but few inside the Obama administration have said aloud: Yes, they are. Diagnosing the Republican Brain "Virtually no one who is taught and believes Relativity continues to read the Bible, a book that outsells New York Times bestsellers by a hundred-fold," Conservapedia continues. But even that's not the site's most staggering claim. In its list of "counterexamples" to relativity, Conservapedia provides 36 alleged cases, including: "The action-at-a-distance by Jesus, described in John 4:46–54, Matthew 15:28, and Matthew 27:51." If you are an American liberal or progressive and you just read the passage above, you are probably about to split your sides—or punch a wall. Sure enough, once liberal and science-focused bloggers caught wind of Conservapedia's anti-Einstein sallies, Schlafly was quickly called a "crackpot," "crazy," "dishonest," and so on. These being liberals and scientists, there were also ample factual refutations.

Where banks really make money on IPOs Every time an IPO has a big pop on its opening day, the same tired debate gets reprised: did the investment banks leading the deal rip off the company raising equity capital? The arguments on both sides are well rehearsed — I covered them myself in no little detail, for instance, after LinkedIn went public, in 2011. Back then, I had sympathy with the bankers: If the large 7% fee does anything, it aligns the banks’ interests with the issuer’s. Cites: bid to curb sale of ivory and rhino horn voted down Efforts to curb the sale of ivory and rhino horns were voted down on Thursday at an international wildlife summit in Bangkok. At the 178-nation Convention in Trade in Endangered Species (Cites) meeting, Burkina Faso and Kenya cited the "merciless slaughter of elephants" in their attempt to extend to a wider group of nations a pledge from some countries not to sell ivory stockpiles before 2016. But the proposal was seen as legally flawed by many delegates and failed to get support. But Tom Milliken, head of the elephant and rhino team at wildlife trade monitoring network Traffic, , said he was more optimistic than ever that tough action would still be taken. "This time people are listening because everything is pointing in the same direction: poaching is up to a record high, as is illegal ivory trading and elephants seem to be down," he said. About 25,000 elephants were killed by poachers in 2012.

Five years after the greatest financial crash in history, the banks are still creating chaos Banking institutions are more dangerous than standing armies,” wrote Thomas Jefferson in 1816. The president of Cyprus, Nicos Anastasiades, has just joined the growing line of European politicians who have come to the same conclusion. Cyprus is the latest European country to be brought to its knees by its banks. It is time governments started thinking more seriously about why this is the case and what should be done about it.

Iraq: War's Legacy of Cancer Bombsites like this one in Fallujah remain toxic and likely continue to cause illnesses. (Photo: Dahr Jamail / Al Jazeera) Contamination from Depleted Uranium (DU) munitions and other military-related pollution is suspected of causing a sharp rises in congenital birth defects, cancer cases, and other illnesses throughout much of Iraq. Many prominent doctors and scientists contend that DU contamination is also connected to the recent emergence of diseases that were not previously seen in Iraq, such as new illnesses in the kidney, lungs, and liver, as well as total immune system collapse. DU contamination may also be connected to the steep rise in leukaemia, renal, and anaemia cases, especially among children, being reported throughout many Iraqi governorates.

Did cocaine use by bankers cause the global financial crisis? Cocaine: usage among bankers has been said to be commonplace in the City and Wall Street. Photograph: Rex Features/Simon Webster "Wall Street got drunk" was George W Bush's typically incisive take on the main cause of the emerging financial crisis in July 2008. Two years later the governor of the Bank of England, Mervyn King, explained in his Mansion House speech that "the role of a central bank in monetary policy is to take the punch bowl away just as the party gets going" (something that he admitted had not occurred). But perhaps the wrong intoxicant was being blamed. The controversial former drug tsar David Nutt told the Sunday Times this weekend that cocaine-using bankers with their "culture of excitement and drive and more and more and more ... got us into this terrible mess".

America's Three-Tiered Justice System Attorney General Eric Holder speaks to reporters at the US Capitol in Washington, June 19, 2012. On March 6, testifying before the Senate Judiciary Committee, Holder indicated that some banks may be too big to prosecute. (Photo: Jonathan Ernst / The New York Times) Big shots are above the law, the government now admits, but a three-tiered justice system has Congress churning out new bills to keep the prison industry booming. "Equal Justice under Law," is the motto inscribed on the frieze of the United States Supreme Court building. Sticklers for semantics say that the modifiers "equal" and "under law" in the Supreme Court's motto are redundant, because justice by definition is equal treatment under a system of written and publicly accessible rules.

US unveils Keystone pipeline environmental study GlobalPost, March 1, 2013 US unveils Keystone pipeline environmental study Agence France-Presse The fate of the proposed pipeline, which many environmentalists fear could be damaging, is still awaiting approval from the State Department. "The analyses of potential impacts associated with construction and normal operation of the proposed project suggest that there would be no significant impacts to most resources along the proposed Project route," the report said. But it said Keystone operator TransCanada would have to meet all the measures it has vowed to implement to mitigate any harm caused by the project. The new report will launch a 45-day period for public comments, after which a final decision will be taken.