10 Tasty Mug Cakes That You Can Make in Just Minutes 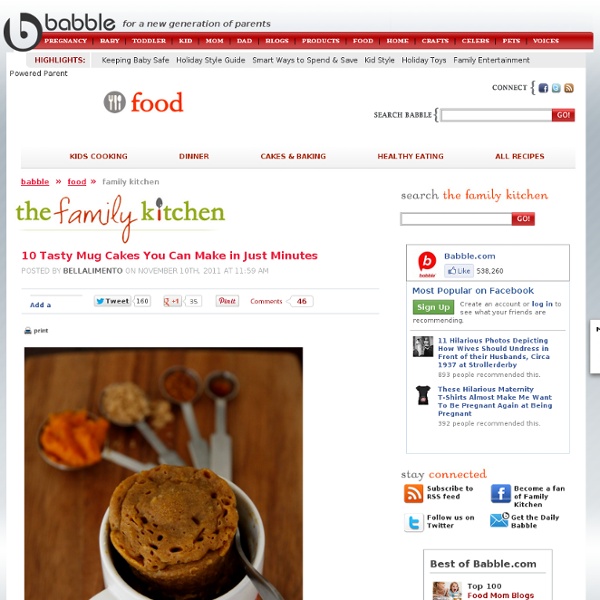 By bellalimento | I’m sure you’ve heard of cakes that you make in a microwave in MINUTES. I have to admit the first time I saw a recipe for one I was skeptical. I mean how can you make a cake in just a few minutes in the microwave? So I set out to test the theory. Guess what? nggallery id=’120007′ Chocolate Chip Cookie Dough Mug Cake Chocolate Fluffernutter Mug Cake Strawberries and Cream Mug Cake Read more from bell’alimento {Paula} on her Food Blog, Twitter & Facebook. Want to whip up dessert in a flash? The 25 healthiest foods for under $18 breakfast recipes to make in a crockpot15 sinfully sweet dessert recipes in a jar8 homemade Girl Scout cookie recipes — Samoas, Thin Mints, and more17 drinks you wouldn’t guess are non-alcoholic More on Babble About bellalimento bellalimento Paula Jones started her blog, Bell'alimento, in 2009 as a place to share her recipes with her friends and family.

Menus, Methods and Musings: Desserts: Salted Caramel Cheesecake (Updated with A Note on Salt) N.B. It was brought to my attention that if this recipe is made with regular salt, it is WAY too salty. I always use kosher salt. Don't use table salt or this will be truly inedible. My apologies to anyone who may have tried it already without that caveat! Here it is at last. Tres Leche Cake Recipe : Alton Brown Directions Watch how to make this recipeFor the cake: Preheat the oven to 350 degrees F. Garlic Cheddar Biscuits (a la "Red Lobster") Recipe TGIF, friends. Hope that you all have had a lovely week, and that a relaxing weekend lies ahead. I’m looking forward to some friend’s-birthday-celebrating, farmers-marketing, coffee-(friends)-dating, cake-baking, church-enjoying, and sleeping-inning here in my little corner of the world this weekend. OH, and the thing I’m perhaps most excited about — choir-directing. Did I mention on here that I’m leading an Easter choir at my church?!

Chocolate Chip Cookie Dough Peanut Butter Cups Soooooo… you know that episode of Sex and the City where Miranda has to dump dish soap on top of chocolate cake just so she will stop eating it?? Uh. Yeeeeeah. These are like… of that caliber. Recipe: Banoffee "Danger" Pie Do not adjust your sets - you haven't tuned into the wrong blog. Its still culinarily challenged me but this pie was so amazingly delish I had to share it. We had a chance encounter with its gooey yumminess in Africa.

Sesame Fruit-and-Nut Bars Recipe 2 cup(s) raw walnut pieces 1 cup(s) raw white sesame seeds 1 cup(s) dried tart cherries 1/2 teaspoon(s) coarse sea salt, such as Maldon or Celtic 4 tablespoon(s) raw coconut butter 3 tablespoon(s) agave nectar or dark honey Preheat oven to 325 degrees F. Line an 8 inch square baking pan with parchment paper. Cruft: Lasagna Cupcakes When Intelligentsia Coffee opened in Pasadena recently, I was intrigued the lasagna cupcakes they served. The cupcakes are made by Heirloom LA, a catering business. About the size of a muffin, a single lasagna cupcake was a delicious meal. After seeing how much my daughter enjoyed them (she ate my entire cupcake and I had to order a second one), I decided I had to try making them at home.

Soapy taste of coriander linked to genetic variants S. Harolikar/Getty Images Some people love fresh coriander - but a vocal minority hate the taste. Julia Child loathed the stuff, one in six Nature staff (informally surveyed) says it tastes of soap, and a popular website collects haiku poems denouncing it. Now, researchers are beginning to identify genetic variants behind the mixed reception for the herb Coriandrum sativum, which North American cooks know as cilantro, and their British counterparts call coriander. Rainbow Cake in a Jar I’ve always had a penchant for sunshine in a jar. Doesn’t the very phrase itself, “sunshine in a jar,” roll off your tongue and fill your mouth with magic? While I’ve never yet found myself a sunshine in a jar, I think we may have just concocted it in our kitchen tonight. In this simple recipe, a basic white cake is turned into a slew of bright colors, baked to perfection, then topped with a creamy white frosting.

How To Make Chocolate Truffles from Jessica Foster Confections Blog Categories Tags Perfect Buttercream You know the scene – you’re at a party, and it’s time for the cake to be served. The cake sure looks beautiful, but the frosting … well, you never can tell with frosting. On the cake it all kind of looks the same. The flavor is a mystery. Will it send you running for your toothbrush with its sweetness? Pepperoni Pizza Monkey Bread How do you make bread even better? You stuff it with pepperoni and cheese. Then, you bake it in a bundt pan that allows you to pull off little chunks and dip them in pizza sauce. This is the perfect thing to bring to a party (and I did, where it disappeared quickly!)

Carrot Cake baked in a Jar Do you need a last-minute dessert? Or just craving something sweet and want instant gratification? Do you like Carrot Cake?