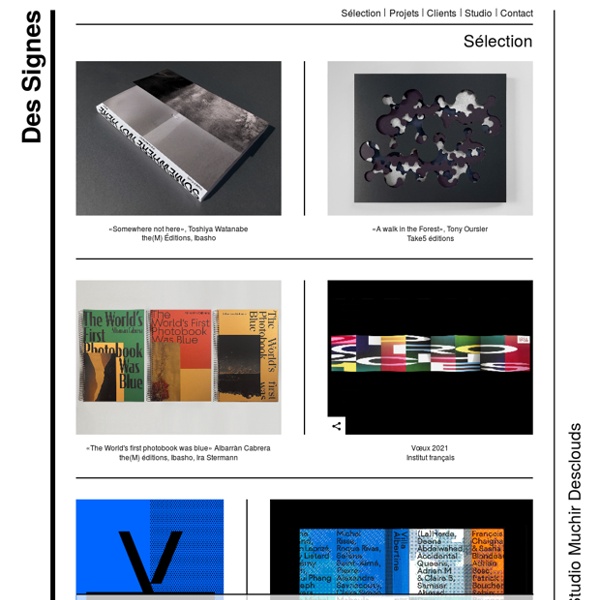 Saul Bass Designer Saul Bass Saul Bass (May 8, 1920 — April 25, 1996) was a graphic designer and filmmaker, perhaps best known for his design of film posters and title sequences. During his 40-year career Bass worked for some of Hollywood’s greatest filmmakers, including Alfred Hitchcock, Stanley Kubrick, Otto Preminger, Billy Wilder, and Martin Scorsese. He became well-known in the film industry after creating the title sequence for Otto Preminger’s The Man with the Golden Arm in 1955. For Alfred Hitchcock, Bass designed effective and memorable title sequences, inventing a new type of kinetic typography, for North by Northwest, Vertigo (working with John Whitney), and Psycho.

Current cartoons, old favorites, caption contest Our privacy promise The New Yorker's Strongbox is designed to let you communicate with our writers and editors with greater anonymity and security than afforded by conventional e-mail. When you visit or use our public Strongbox server at The New Yorker and our parent company, Condé Nast, will not record your I.P. address or information about your browser, computer, or operating system, nor will we embed third-party content or deliver cookies to your browser. Strongbox servers are under the physical control of The New Yorker and Condé Nast. Strongbox is designed to be accessed only through a “hidden service” on the Tor anonymity network, which is set up to conceal both your online and physical location from us and to offer full end-to-end encryption for your communications with us. This provides a higher level of security and anonymity in your communication with us than afforded by standard e-mail or unencrypted Web forms.

André Baldinger André Baldinger 2000 The Newut family is a new Grotesque in which the capitals are designed to be the same height as the lowercases. You can chose from three variationes: Classic, Tip or Plain. Brochette Kebab French Yéyé by Moritz Malibu Iv on Mixcloud I made a show on Violence Radio last year about one of my favorite style, the sixties french pop period. I wanted to bring more than a simple compilation of rareties, so I cut it off by short interviews in between.

About - Akatre Akatre is a creative studio founded in 2007, in Paris, by Valentin Abad, Julien Dhivert and Sébastien Riveron. The trio works and expresses themselves in graphic design, photography, typography, video, artistic installation and musical creation for institutions in art, cultural, fashion, media and luxury. Since 2016, Victor Tual and Thomas Portevin have joined the studio. The New Theatre - The Sydney Office of Interbrand. Established in 1932, the New Theatre is a proudly independent theater in Sydney, Australia. “We’re not slick, we’re not refined and we don’t conform,” is only one of many statements it makes, “We believe in artistic and social expression, not just escapism. When we take the stage, we’re for real.” Or “We’re driven by passion, not money.”

Florence Boudet – Graphic Design, Typography, Illustration, Art, Language & Books Last week-end, I visited the exhibition Le grand Mess, by Théo Mercier, at Le Lieu Unique in Nantes. A big mess indeed, but somewhat organised and sometimes classified, reorganised or even recomposed. The exhibition presents a collection of what society unanimously considers as bad taste objects, such as big breasted mugs, aquarium fake stones, mundane indoor plants, kitschy gadgets… Mercier presents some of them neatly organized on shelves confering them the status of precious and unique objects ; while others are assembled as in a surrealistic collage giving birth to a bizarre gallery of totems of the contemporary culture. It’s really funny! Uehara & Watanabe may 15, 2012 yosuke uehara + yoshie watanabe: kigi exhibition ‘kiwi exhibition’ by yosuke uehara + yoshie watanabe installation view all images courtesy of yosuke uehara + yoshie watanabe toyko-based designers yosuke uehara + yoshie watanabe have completed the ‘kigi exhibition‘ on show at ginza graphic gallery in shibuya, japan. the installation coincides with the establishment of their new company and will introduce the projects that the two professionals have been involved in since their 1999 partnership. the title ‘kigi’ means ‘trees’, which are a symbol of creation, and the pair chose this name with the hope that their creative ‘tree’ will one day grow into an abundant ‘forest’. the work on display spans across all genres and looks into new approaches in graphic illustrations to date. installation view installation view