Carol Dweck: The Effect of Praise on Mindsets 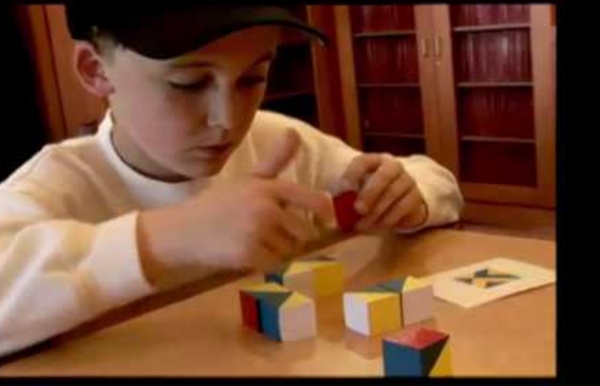 Want to avoid being a draft bust? Heed the words of Rashaan Salaam It was all downhill for ex-Heisman winner Rashaam Salaam. (Getty Images) From Ryan Leaf to JaMarcus Russell and far beyond, the history of draft bustitude is a long and sad one. There isn't an NFL team, no matter how well-run, without its own selection that set the franchise back. The New England Patriots have Chad Jackson, the Baltimore Ravens tied their name to Kyle Boller, and the Pittsburgh Steelers probably don't have a huge historical archive regarding their decision to take nose tackle Gabe Rivera in 1983 when some kid quarterback from Pitt was looking pretty good just down the road ... Signe Whitson: Rude vs. Mean vs. Bullying: Defining the Differences A few weeks ago, I had the terrific fortune of getting to present some of the bullying prevention work that I do to a group of children at a local bookstore. As if interacting with smiling, exuberant young people was not gift enough, a reporter also attended the event a wrote a lovely article about my book and the work I do with kids, parents, educators and youth care professionals. All in all, it was dream publicity and since then, has sparked many conversations with people in my town who saw my photo in the newspaper and immediately related to the examples of bullying that were discussed. I have been brought to tears more than once since the article ran, while listening to parents share their feelings of outrage and helplessness over their kids’ experiences with bullying in school. One gifted but socially awkward middle school student blew me away with his articulate, poised, yet searingly painful accounts of relentless physical and verbal bullying on his school bus.

100 Reasons to Mind Map 100 examples of how you can use mindmapping whether completely new to mind maps or a seasoned pro. I hope the list helps generate ideas for you. 100 Reasons to Mind Map 1. Explore a subject 2. Study & learn a new topic, culture or country 3. Schools need a new approach to behaviour management When I first started teaching in 1995 the great behaviour guru was Bill Rogers. His book You Know the Fair Rule was my constant companion and Bill's practical, thoughtful and above all else effective advice was invaluable in helping me survive my first few months in the classroom as a newly qualified teacher. You Know the Fair Rule is about establishing with the children a set of clearly defined rules, which tell children how to behave in school and allow everyone to live together and get on with their learning. The rules are fair because they are negotiated and everyone agrees to them at the beginning. This is a very effective strategy and I still start the year by creating a contract with my new class. The wording is drafted and agreed and everyone, including the adults, signs his or her name on the contract before it goes on the wall.

Dipsticks: Efficient Ways to Check for Understanding What strategy can double student learning gains? According to 250 empirical studies, the answer is formative assessment, defined by Bill Younglove as "the frequent, interactive checking of student progress and understanding in order to identify learning needs and adjust teaching appropriately." Unlike summative assessment, which evaluates student learning according to a benchmark, formative assessment monitors student understanding so that kids are always aware of their academic strengths and learning gaps. Meanwhile, teachers can improve the effectiveness of their instruction, re-teaching if necessary.

Reducing academic pressure may help children succeed Children may perform better in school and feel more confident about themselves if they are told that failure is a normal part of learning, rather than being pressured to succeed at all costs, according to new research published by the American Psychological Association. "We focused on a widespread cultural belief that equates academic success with a high level of competence and failure with intellectual inferiority," said Frederique Autin, PhD, a postdoctoral researcher at the University of Poitiers in Poitiers, France. "By being obsessed with success, students are afraid to fail, so they are reluctant to take difficult steps to master new material. Acknowledging that difficulty is a crucial part of learning could stop a vicious circle in which difficulty creates feelings of incompetence that in turn disrupts learning." In the first experiment with 111 French sixth graders, students were given very difficult anagram problems that none of them could solve.

How to Get Excited About Topics That Bore You Executive Summary The ability to develop new skills – and new passions — is particularly important in today’s fast-paced business climate. But what if you don’t like the subject matter you need to learn? Rest assured that it is possible to learn to like — and even love — subject areas that seem boring, or that you once loathed. The first step in building passion for a subject you don’t like is to identify a reason to learn it. One of the best motivators is making an improvement in your life. A fresh look at behaviour management in schools Recent comment and news - see the Secret Teacher and the Guardian story on levels of school exclusions - has made me realise how stuck the debate on developing children's good behaviour in schools has become. Teachers are judged by how strict they are. Everyone who has been to school thinks they are an expert and many policies are based on half-baked ideas about emotional intelligence and reptile brains.