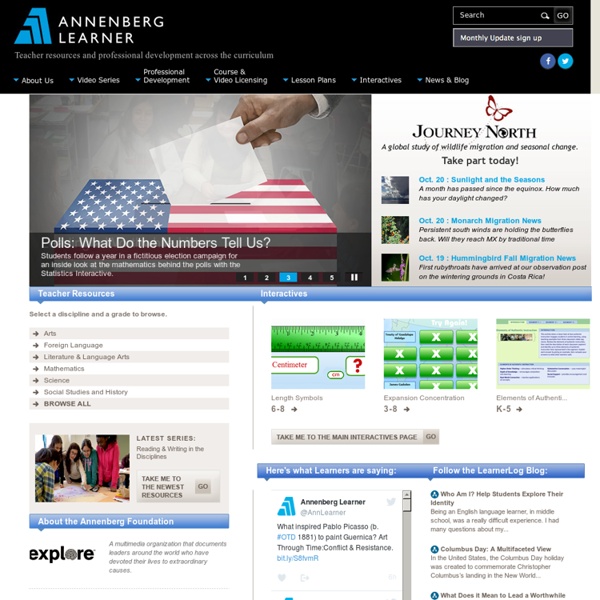 Punnett Squares Punnett Squares Punnett Squares Made Easy! Download "cheat sheet" Below is a sampling of Punnett Square problems that you will be expected to solve. In order to do this, you will have to understand the meaning of the terms below. Genotype: The letters that make up the individual. Mathematics Podcasts Sort by Titles Per Page 1 - 5 of 5 Titles This is a series of video podcasts that provides students with a number of tips to help them along with their math classes. These will be most helpful for those from 7th grade through college. by Jason Marshall LibGuides: Pedagogy to Oppress? You have to be a pretty tenacious researcher to find any criticism about LibGuides, the practical and convenient tool that librarians use to create online guides to research. My search for “LibGuides and critique or criticism” taught me a great deal about how to interpret literature, while keying in “LibGuides and problems” merely returned information about the occasional scheduled downtime. It was not until I limited my search to wordpress.com and then traced a bunch of links and pingbacks that I could even start to gather a sense of the conversation round the topic. Yet, ironically, it is exactly this twisting, infuriating and (occasionally) joyful process of research that is stifled by the way that most librarians structure and organize their LibGuides. Web-based research guides have helped to bridge the gap that the growth of online resources has put between the library and its patrons. What is a LibGuide?

Classroom Activity: Snack Tectonics Make the model Give each student about a square foot of wax paper and a large dollop of frosting. Instruct students to spread frosting into a layer about half a cm thick. Tell students that the frosting in this model represents the asthenosphere, the viscous layer on which Earth's plates ride. The plates in this model are represented by fruit roll up (oceanic crust which is thin and dense) and graham crackers (continental crust which is thick but less dense). Education Week This is the fourth of a four-part conversation on the opt-out movement. Deb McCarthy As a 5th grade teacher whose students recently completed 11 days of grueling, federally mandated high-stakes testing, I find that the opt-out movement offers the hope of returning to more student-centered, differentiated instruction that is multidisciplinary in content as well as motivating, engaging and enriching. Increasingly, parents across the country are coming to understand that the emphasis on standardized testing has drastically changed public schools, and not for the better. As more parents decide to opt out their children from high-stakes standardized tests, more educators grow empowered to reclaim public education from those who would reduce a student's learning experience to a test score. For me, prepping students for standardized tests began in earnest in January.

Ending the Invisible Library To explain the utility of ­semantic search and linked data, Jeff Penka, director of channel and product development for information management solutions provider Zepheira, uses a simple exercise. Type “Chevy Chase” into Google’s search box, and in addition to a list of links, a panel appears on the right of the screen, displaying photos of the actor, a short bio, date of birth, height, full name, spouses and children, and a short list of movies and TV shows in which he has starred. Continue typing the letters “ma” into the search box, and the panel instantly changes, showing images, maps, current weather, and other basic information regarding the town of Chevy Chase, MD. The panels are powered by Google’s Knowledge Graph, a massive knowledgebase that launched in May 2012 with “more than 500 million [data] objects” drawn from sources including Freebase, Wikipedia, and the CIA World Factbook, “as well as more than 3.5 billion facts about and relationships between these different objects.

Interactive Animations This is our collection of interactive rollover flash animations. Click links or scroll down to view the available interactive animations.Check out our Earth Science Animations and Videos pages. Interactive Animations General Basin and Range Study Ties College Success to Students' Exposure to a High School Librarian moodboard/Thinkstock Attention, educators: training high school students early in digital research, partnering them with a school librarian, and providing time to practice skills can instill a high level of confidence during college. This triple play of digital literacy education was affirmed by preliminary observations of a study underway by EBSCO Information Services, an online database provider.

Cell Division Cell Division Functions in Reproduction, Growth, and Repair Cell division involves the distribution of identical genetic material, DNA, to two daughters cells. What is most remarkable is the fidelity with which the DNA is passed along, without dilution or error, from one generation to the next. Core Concepts: All Organisms Consist of Cells and Arise from Preexisting Cells Mitosis is the process by which new cells are generated. Meiosis is the process by which gametes are generated for reproduction. Study: Good School Libraries Affect Test Scores Columbia, SC (WLTX) - A study released Tuesday by the South Carolina Association of School Librarians shows that the more emphasis is put on school libraries--and the learning that takes place there--the better scores students receive on standardized tests. University of South Carolina Professor Dr. Karen Gavigan outlined the studies five areas of importance at a press conference Tuesday morning. "The presence of librarians and library support staff, instructional collaboration between librarians and teachers, traditional and digital collections, library expenditures, and access to computers," she explained. The study found that the schools which had these five components had better performance on the Palmetto Assessment of State Standards. One of third-grader Tavetria Amponsah's favorite things to do is to go to the library and read.

Search: 6-8 1. Terraqua Columns Students build and investigate mini-ecosystems with soil and water components using 2 Liter bottles. Watersheds Box Rethinking the library proves a divisive topic at many liberal arts institutions Several library directors at liberal arts institutions have lost their jobs as they clash with faculty and administrators over how much -- and how fast -- the academic library should change. None of the dismissals, resignations or retirements are identical. Some have resulted from arguments over funding; others from debates about decision-making processes or ongoing personal strife. One common trend, however, is that several of the library directors who have left their jobs in recent years have done so after long-term disputes with other groups on campus about how the academic library should change to better serve students and faculty. The disputes highlight the growing pains of institutions and their members suddenly challenged to redefine themselves after centuries of serving as gateways and gatekeepers to knowledge. “For the entire history of libraries as we know them -- 2,000 or 3,000 years -- we have lived in a world of information scarcity," said Terrence J.