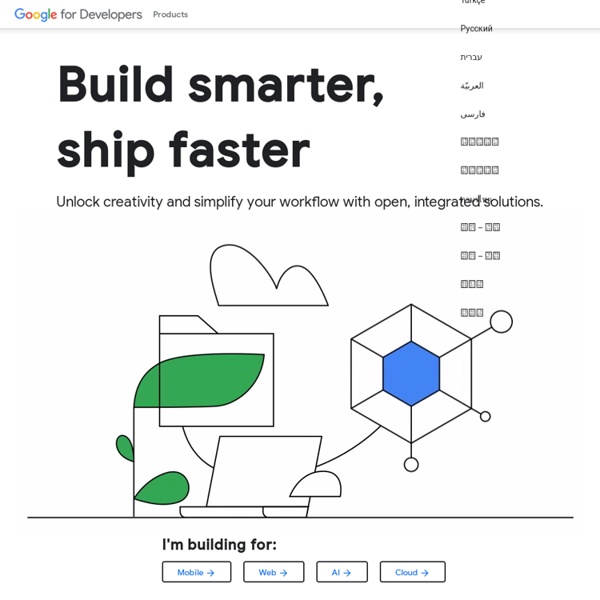 Creative Computing 7 units44 activitiesremixing encouraged download the Scratch 3.0 version of the guide> help learnerscreate new worldswith computing download the Scratch 3.0 version of the guide an introductorycomputing curriculumusing Scratch TIOBE Software: Tiobe Index TIOBE Index for January 2016 January Headline: Java is TIOBE's Programming Language of 2015! Java has won the TIOBE Index programming language award of the year. This is because Java has the largest increase in popularity in one year time (+5.94%). So you want to be a programmer, huh? Here are 27 ways to learn online Whether you are looking to switch careers and become a full-time programmer, want to try to build a website or app on the side, or are just looking to round out your skill set, learning to code has certainly been something a lot of people have started to do lately. And while being a programmer might not be for everyone, there is a lot to be said about gaining a better, more educated view of how all those pixels get moved around all those screens. Before we delve into our list of learning resources sites, we wanted to share some advice from Marissa Louie, a self-taught product designer for Ness Computing. A former startup founder, Louie told TNW that the hardest part of being self-taught – whether it’s design, programming, or any other discipline is, “gathering the courage. The most important barrier is just to overcome your fears” (she also said having the ability to follow instructions helps as well).

35+ game portals that can give your game at least 100K views We all know when you released a game, submitting it to game portals is a very important task if you want your game to be popular. So the question is: where should I submit my game? You can find a lot of game portals lists around the web, but this one includes only portals able to give at least 100,000 views, according to MochiBot stats. Having your game on half of the portals listed here should grant you some millions visits. Don’t even bother submitting your game to portals able to give you only a few thousands visits. Just follow this list and let the game virally spread through minor portals.

closure-stylesheets - Closure Stylesheets Closure Stylesheets is an extension to CSS that adds variables, functions, conditionals, and mixins to standard CSS. The tool also supports minification, linting, RTL flipping, and CSS class renaming. Get Closure Stylesheets! The Languages And Frameworks You Should Learn In 2016 Martin Angelov A lot happened in the software development world in 2015. There were new releases of popular programming languages, new versions of important frameworks and new tools. You will find a short list of the new releases that we think are the most important below, together with suggestions for the things we believe would be a great investment of your time to learn in 2016. The Trends PYPL PopularitY of Programming Language index The TIOBE Index is a lagging indicator. It counts the number of web pages with the language name. has over 20 million pages on the web, [s] while has only 11 million. [s] This explains why Objective-C has a high TIOBE ranking.