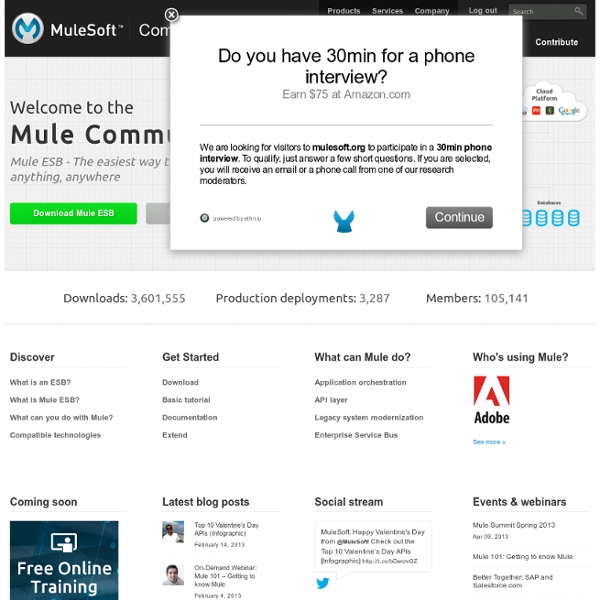 Cloud Integration | itDuzzit NetKernel Open Source Community Service Provisioning Through ESB As per "the boundary-less organization" invented by " Jack Welch in General Electric, organizations should not only be boundary-less, but should also be made permeable. "Integrated information" and "integrated access to integrated information" are two key features any enterprise should aim for in order to improve organizational business processes. A boundary-less organization isn't one without boundaries; it means that there's smooth and efficient flow of information across boundaries. While enterprise portals and web services gives a new face for this emerging paradigm, the skeleton of this "open enterprise" is provided by open IT infrastructure and the flesh is provided by emerging trends in Enterprise Application Integration (EAI) practice. When it comes to integration, it is more easily said than done. The Enterprise Service Bus (ESB) Figure 1. Figure 1 shows a typical hub and spoke architecture. Figure 2.

2013 Most Popular and Successful Web APIs | Mathieu Fenniak Have you ever been stumped how to design a Web API? There are so many different approaches that you can take for even simple things, like paginating API result sets. If you list out your options, it can be easy to end up in analysis paralysis. I like to remind myself that I’m not the first person to tread on this soil. I often take inspiration on design choices from well-known APIs, assuming that the hard work has already been done. I defined an API’s success and popularity based upon whether it is supported by integration solutions. I gathered the available APIs in nine integration platforms: Zapier, Mule ESB, ifttt, itDuzzit, Pipethru, Formstack, Magic xpi, Adeptia, and CloudWork. So, here it is; the most popular APIs by their integration platform support: RSS, SMS, and e-mail also get a nod at being well-supported by these integration platforms, but I excluded these from this list as they don’t fit in as APIs that you can look at and learn from.

The Reactive Manifesto How Google Works The news today is grim on several fronts, as recession fears continue to grip world markets. If plunging markets and an economic slowdown weren’t bad enough, it became official that General Motors is no longer the world’s largest auto manufacturer. While it hasn’t lost the title entirely, its new sales data shows it’s in a dead heat with Toyota. Odds are, as many industry analysts have predicted over the past several years, Toyota will overtake GM and retain the new leadership mantle with ease. At the same time, Apple’s financial data shows iPod sales slowed. Part of what’s behind the rise—and fall—of these giants is innovation and the failure to keep innovating. GM built its business on a tried-and-true model of fixed obsolescence. Guess what? For the same money as the Nano and $100 less than the iTouch (basically a iPhone sans phone), gadget buyers could get a Microsoft Zune. Same thing happened with GM, Ford and Chrysler.

API Finder - Welcome to Web Api Finder web site Spring-based Architectures - Parleys - Parleys.com - a Belgian J API Commons API Evangelist 10 Common Mistakes Made by API Providers Twitter was one of the first to see what happened when traffic to the site came more from the API than the Web. It now has more than 65 million tweets per day, most coming from services that use the Twitter API. Twitter has made numerous changes to fix its API. Those experiences have taught providers what mistakes not to make when launching a service. But there is still a lot for providers to learn. Considering this, we asked developers and service providers to help us prepare a list of 10 common mistakes made by API providers. Our group of commentators include Adam DuVander executive editor at Programmable Web; Mike Pearce, a developer out of the United Kingdom who writes a lot about scrum and Agile; Mashery's Clay Loveless and Sonoa Systems Sam Ramji. 1. "Databases fail, backend dependencies get slow, and/or someone somewhere along the line doesn't escape output properly. 2. "Sometimes we see providers expecting the API alone to attract developers. 3. 4. 5. 6. Source: San Ramji 7. 8. 9.