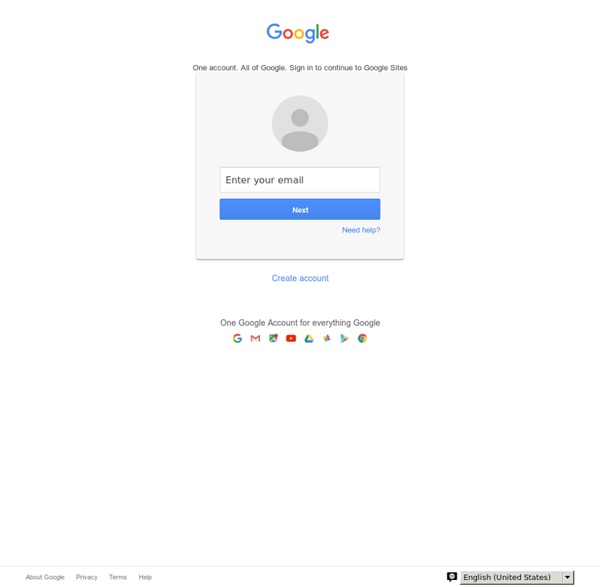 Flipped Classroom 2.0: Competency Learning With Videos The flipped classroom model generated a lot of excitement initially, but more recently some educators — even those who were initial advocates — have expressed disillusionment with the idea of assigning students to watch instructional videos at home and work on problem solving and practice in class. Biggest criticisms: watching videos of lectures wasn’t all that revolutionary, that it perpetuated bad teaching and raised questions about equal access to digital technology. Now flipped classroom may have reached equilibrium, neither loved nor hated, just another potential tool for teachers — if done well. “You never want to get stuck in a rut and keep doing the same thing over and over,” said Aaron Sams, a former high school chemistry teacher turned consultant who helped pioneer flipped classroom learning in an edWeb webinar.

Modifying the Flipped Classroom: The "In-Class" Version So. You've tried flipping your class, and it didn't go well. Or you've heard about flipping and want to try the approach, but you're pretty sure it won't work in your school. Don't give up yet -- with a slight twist, flipping might be possible for you after all. 5 Flipped Classroom Issues (And Solutions) For Teachers This post was co-authored by Beth Holland and Samantha Morra. Have you been thinking about flipping your classroom this fall? Flipping can let you make the most of face-to-face time with your students. Rather than taking class time to introduce content and using homework to review concepts, flip the process so that students gain basic knowledge at home and then create, collaborate, and make connections in school.

Two-handled storage jar (pelike) depicting young athletes jumping Side A: Two nude youths jumping together together accompanied by flute music; leapers at center, flautist at right, facing them, wearing a cloak (himation). Above the figures is the name “Kalipides”, and between the jumpers and the piper is the name “Aineas” (Aeneas). Below is the inscription “Leagros is handsome” (LEAGROS KALOS) Side B: A piper (named “Smikythion”) accompanies two nude jumpers, the same two youths depicted on the front of the vase, seen from rear. They are probably athletes in training. Inscriptions in between the piper and the jumpers read: “Smikythion”; “Leagros is handsome, yes indeed!” The Pedagogy Project We are so proud and excited to announce the Pedagogy Project! This project started when several professors asked for specific suggestions on digital or collaborative projects they could do with their students. We asked the HASTAC Scholars to provide specific assignments, in-class exercises and other projects. The response was awesome - over 80 specific and proven suggestions to shake up your syllabus! The Pedagogy Project is organized into nine sections, with numerous examples of projects, assignments and concepts in each area. Many of the projects overlap into different sections, so take some time to explore each of them!

The Teacher's Guide To Flipped Classrooms Since Jonathan Bergman and Aaron Sams first experimented with the idea in their Colorado classrooms in 2004, flipped learning has exploded onto the larger educational scene. It’s been one of the hottest topics in education for several years running and doesn’t seem to be losing steam. Basically, it all started when Bergman and Sams first came across a technology that makes it easy to record videos. They had a lot of students that regularly missed class and saw an opportunity to make sure that missing class didn’t mean missing out on the lessons. La classe inversée : rien de mieux pour Annick Arsenault Carter et ses élèves ! At the 2014 State of the Province dinner held in Fredericton January 30, New Brunswick Premier David Alward announced the creation of the Brilliant Labs project. Funded by both the government and private sectors, it will provide grants to students and teachers so they can create projects through coding, robotics, and the arts. The plan is to stimulate creativity in schools and to grow entrepreneurship in the province, he said. The program builds on a previous project.

The Best Posts On The “Flipped Classroom” Idea Check out my two-part Education Week Teacher series on the flipped classroom here I’m a bit wary/skeptical about whole “Flipped Classroom” idea and how it works in practice. Diana Laufenberg spoke for me, also, in some of her tweets about the concept: But I’m still open to learning, and I invite your suggestions for additions to list. Upper Chinook Clackamas The Clackamas Chinook people The Story of the Skookum's Tongue: A Willamette Valley Legend After Tallapus (Coyote) fashioned a wondrous device to harvest salmon at the Willamette Falls, he made a foolish mistake and the fish-trap refused to work for all time. Only by their own labor could the Indians catch fish at the Falls. "However, in the course of time, the Indians became very prosperous and a large village was built on the west side of the [Willamette] River.