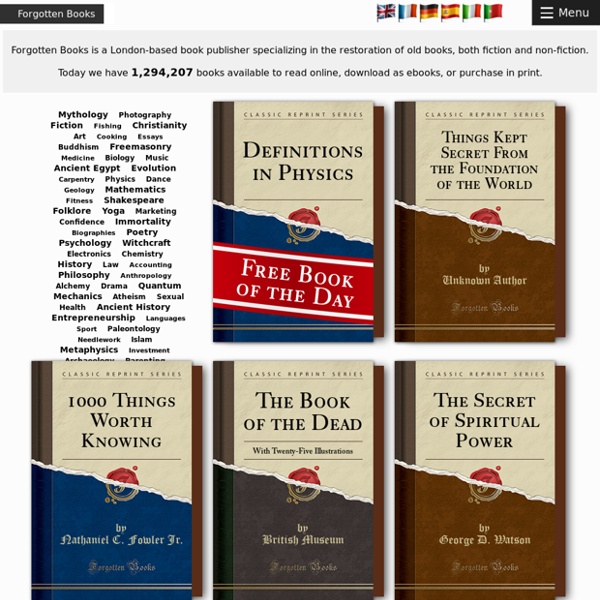 Learning to Teach by Learning Badly: Lessons in Bookbinding A role reversal is among the best means to learn. I am preparing to teach again after a bit of a break. I have made most of my career in the classroom, and I have enjoyed it. Online Collections and Presentations The Library provides access to a portion of its audio collections through the Recorded Sound Reference Center's web page, the American Memory site, The Performing Arts Encyclopedia and the American Folklife Center pages. These collections are described below. To listen to recordings that are unavailable online, contact the Recorded Sound Reference Center. Recorded Sound Section Online Collections National Jukebox The Library of Congress presents the National Jukebox, which makes historical sound recordings available to the public free of charge. The Jukebox includes recordings from the extraordinary collections of the Library of Congress Packard Campus for Audio Visual Conservation and other contributing libraries and archives.

Sunday Reading: Critics on the Classics “ ‘Nineteen Eighty-Four’ is a profound, terrifying, and wholly fascinating book.” That was how the critic Lionel Trilling characterized George Orwell’s classic dystopian tale when it was originally published, in 1949. With the passage of time, even the most groundbreaking works of literature can grow familiar. One way to recapture our sense of wonder is to look back at the first impressions these books made on the world. This week, we’re bringing you a selection of original reviews of classic literature. Audio-Visual Conservation (Library of Congress Packard Campus, Culpeper, Virginia) || The Packard Campus || Located at the foothills of the Blue Ridge Mountains in Culpeper, Virginia, the Library's newly completed Packard Campus of the National Audio-Visual Conservation Center provides underground storage for this entire collection on 90 miles of shelving, together with extensive modern facilities for the acquisition, cataloging and preservation of all audio-visual formats. The Packard Campus was created through a unique partnership between the Packard Humanities Institute, the United States Congress, the Library of Congress, and the Architect of the Capitol.

The Visionary Mystical Art of Carl Jung: See Illustrated Pages from The Red Book Carl Jung’s Liber Novus, better known as The Red Book, has only recently come to light in a complete English translation, published by Norton in a 2009 facsimile edition and a smaller “reader’s edition” in 2012. The years since have seen several exhibitions of the book, which “could pass for a Bible rendered by a medieval monk,” writes art critic Peter Frank, “especially for the care with which Jung entered his writing as ornate Gothic script.” Jung “refused to think of himself as an ‘artist’” but “it’s no accident the Liber Novus has been exhibited in museums, or functioned as the nucleus of ‘Encyclopedic Palace,’ the survey of visionary art in the 2013 Venice Biennale.”

Browse - TAMI Browse for Videos by Topic Not sure what you're looking for? Start out by exploring the categories below for footage from your hometown, to see what Texas looked like in the past, or check out some of your favorite Texas icons. Genre, or Film Type At TAMI, "genre" describes more than the categories of feature films that we all know and love, such as western, action, or comedy. Our collections contain a whole range of moving image production types, from advertisements to government films to home movies.

10 Epic Fantasy Books Like Wheel of Time So you’ve read the entire Wheel of Time series. Now you’re eagerly awaiting the television adaptation. What books like Wheel of Time can you read in the interim? There are many things to appreciate about Robert Jordan’s Wheel of Time books. A millennial and a baby boomer trade places: ‘I can’t help but feel a stab of envy’ Rhiannon Lucy Cosslett “I’m glad your house isn’t tidy,” Michele says, not aware that I’ve spent the previous hour frantically cleaning up. She has come to collect me so we can walk her dogs – Violet, Michele’s longstanding companion, and her daughter’s dog, Ernest, who seems to have some kind of hyperactivity disorder. I try to look calm as Ernest chews my boyfriend’s New Balances, and for a moment feel privately thankful that I am not subject to the commitments that come with a pet. When I agreed to swap lives with Michele, neither of us realised she lived just around the corner. Just how different can the lives of two north London-dwelling, Corbyn-loving freelance writers actually be?

Smithsonian Libraries : Free Books : Free Texts : Download & Streaming Smithsonian Libraries America : being the latest, and most accurate description of the New World : containing the original of the inhabitants, and the remarkable voyages thither : the conquest of the vast empires of Mexico and Peru, and other large provinces and territories, with the several European plantations in those parts : also their cities, fortresses, towns, temples, mountains, and rivers : their habits, customs, manners, and religions : their plants, beasts, birds, and serpents : with an appendix containing, besides several other considerable additions, a brief survey of what hath been discover'd of the unknown south-land and the Arctick region by Ogilby, John, 1600-1676; Montanus, Arnoldus, 1625?-1683 texts

The system of nature or, Laws of the moral and physical world Volume 1 1835 [Full Leather Bound] by Baron d' Holbach, H. D. Robinson(Tr.): New SUPER DELUXE EDITION (2019) Publication Date: 2019 New Condition: New About this Item 376 Antique look with Golden Leaf Printing and embossing with round Spine completely handmade binding. Reprinted in 2019 with the help of original edition published long back [1835]. This book is printed in black & white, sewing binding for longer life, Printed on high quality Paper, re-sized as per Current standards, professionally processed without changing its contents.

Download 422 Free Art Books from The Metropolitan Museum of Art You could pay $118 on Amazon for the Metropolitan Museum of Art’s catalog The Art of Illumination: The Limbourg Brothers and the Belles Heures of Jean de France, Duc de Berry. Or you could pay $0 to download it at MetPublications, the site offering “five decades of Met Museum publications on art history available to read, download, and/or search for free.” If that strikes you as an obvious choice, prepare to spend some serious time browsing MetPublications’ collection of free art books and catalogs. You may remember that we featured the site a few years ago, back when it offered 397 whole books free for the reading, including American Impressionism and Realism: The Painting of Modern Life, 1885–1915; Leonardo da Vinci: Anatomical Drawings from the Royal Library; and Wisdom Embodied: Chinese Buddhist and Daoist Sculpture in The Metropolitan Museum of Art.