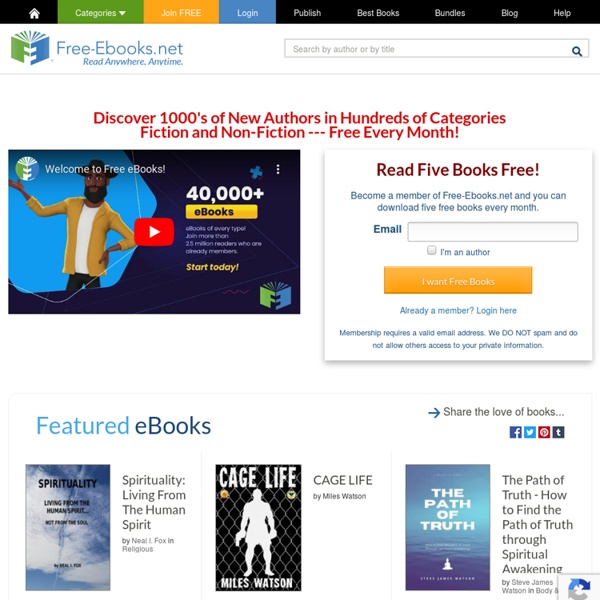 Learning to Teach by Learning Badly: Lessons in Bookbinding A role reversal is among the best means to learn. I am preparing to teach again after a bit of a break. I have made most of my career in the classroom, and I have enjoyed it. I recently was a student for a week. I completed a certificate in bookbinding at the San Francisco Center for the Book, and being not especially good at the craft was instructive. Thomas Ligotti Thomas Ligotti (born July 9, 1953) is a contemporary American horror author and reclusive literary cult figure. His writings, while unique in style, have been noted[by whom?] as major continuations of several literary genres – most prominently Lovecraftian horror – and have overall been described[by whom?] as works of "philosophical horror", often written as philosophical novels with a "darker" undertone which is similar to gothic fiction. The Washington Post called him "the best kept secret in contemporary horror fiction.

Free ebooks On August 26 2020, the Project Gutenberg website underwent some major changes. These changes had been previewed since early 2020, and visitors to the old site were invited to try the new site, including giving input via a brief survey. The old site is no longer available. If you found yourself on this page unexpectedly, it is because an old page was redirected here. Please use the navigation menus at the top of the page to find what you were looking for. All of the functionality, and most of the content, from the old site is still here - but in a different location.

Books with Full-Text Online Abbot Suger and Saint-Denis Gerson, Paula Lieber, ed. (1986) The Academy of the Sword: Illustrated Fencing Books 1500–1800 LaRocca, Donald J. (1998) The Adele and Arthur Lehman Collection Virch, Claus (1965) Adorning the World: Art of the Marquesas Islands Kjellgren, Eric, with Carol S. 20 Places to Find Free Books Online The following is a guest post by Bailey Harris. There are many different sites offer free books online. Within minutes, you could find enough reading material in the form of e-books and audio books to keep you and your family entertained for months, if not years. A millennial and a baby boomer trade places: ‘I can’t help but feel a stab of envy’ Rhiannon Lucy Cosslett “I’m glad your house isn’t tidy,” Michele says, not aware that I’ve spent the previous hour frantically cleaning up. She has come to collect me so we can walk her dogs – Violet, Michele’s longstanding companion, and her daughter’s dog, Ernest, who seems to have some kind of hyperactivity disorder. I try to look calm as Ernest chews my boyfriend’s New Balances, and for a moment feel privately thankful that I am not subject to the commitments that come with a pet.

Man's Search for Meaning According to a survey conducted by the Book-of-the-Month Club and the Library of Congress, Man's Search for Meaning belongs to a list of "the ten most influential books in the United States."[1] At the time of the author's death in 1997, the book had sold over 10 million copies and had been translated into 24 languages.[2][3] Editions[edit] The book's original title in German is ...trotzdem Ja zum Leben sagen: Ein Psychologe erlebt das Konzentrationslager: that is, "...To Nevertheless Say 'Yes' to Life: A Psychologist Experiences the Concentration Camps". The title of the first English-language translation was From Death-Camp to Existentialism.

Harvard Classics Digitized by Eliot, Charles W. (Charles William), 1834-1926 texts The Catalog of Copyright Entries Look up records by year The Catalog of Copyright Entries, published by the US Copyright Office, contains a list of all copyright registrations received. This information can be used to See whether a copyright has been registered or renewed. This can be useful for determining whether a work published after 1922 is now in the public domain. For instance, copyrights for works first published before 1964, and first published in the US, that were not registered and renewed in a timely manner, have now expired into the public domain. (Some material that was first published abroad may be exempt from renewal requirements.)

SPRING POEMS: 60 Best Spring Poems and Spring Poems for Kids Always Marry an April Girl by Ogden Nash Praise the spells and bless the charms,I found April in my arms.April golden, April cloudy,Gracious, cruel, tender, rowdy;April soft in flowered languor,April cold with sudden anger,Ever changing, ever true —I love April, I love you. Spring Song (by Nash) Listen, buds, it’s March twenty-first; Don’t you know enough to burst? Come on, birds, unlock your throats! The Book of Five Rings The Book of Five Rings (五輪書?, Go Rin no Sho) is a text on kenjutsu and the martial arts in general, written by the swordsman Miyamoto Musashi circa 1645. There have been various translations made over the years, and it enjoys an audience considerably broader than only that of martial artists: for instance, some business leaders find its discussion of conflict and taking the advantage to be relevant to their work. The modern-day Hyōhō Niten Ichi-ryū employs it as a manual of technique and philosophy. Musashi establishes a "no-nonsense" theme throughout the text.