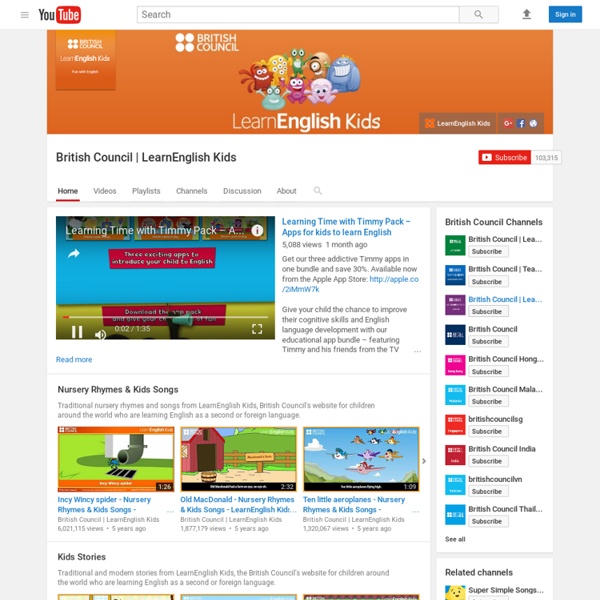 Available to download from the Apple, Google Play and Amazon app stores. Find out more and download here: Your child can play three exciting games in this educational app to help them learn English words and phrases, and practise their colours and numbers. The games are specially designed to challenge your child’s cognitive skills and aid language development. The app is designed for kids aged 3-6 who are learning English. If English is your first language, the app could also be suitable for children as young as two years old. The British Council developed the series of Learning Time with Timmy apps in partnership with Oscar® award-winning Aardman. THIS FUN AND INTERACTIVE APP FEATURES:- challenging games that boost children’s listening, cognitive and motor skills and encourage children to make choices - games which help children to boost their vocabulary, hand-eye coordination and concentration - stickers and video rewards help children keep motivated to work their way through the app

Maths Extension/Enrichment and Edmodo Addressing the needs of all students in your Maths Classroom can be a real challenge. Do we stream based on ability? Do we use collaborative mixed ability groups? CBeebies Watch as Alex introduces the CBeebies Storytime App with lots of new stories for you to explore! How to download the Storytime app - Now with our new library feature, you can save your favourite stories into your CBeebies book to read when you are out and about. Find out more here. Zebra Nursery Rhymes For Children And Kids Songs Scary Nursery Rhymes | Halloween Trick Or Treat | Scary Halloween Song By Zebra 293,982 views 11 months ago Every rhyme in this compilation will compete with you babies. For Trick Or Treat! The scary rhymes are not backing out either! The Crayons want to take as much color as they can from the rhymes neighborhood.

Mirada Mirada is a convergence of perspectives focused on advancing the art and science of storytelling. We built our studio as a perpetual idea machine, a story engine, to engage broader audiences in better ways — and the highest level of this engagement comes from pioneering hybrid narrative experiences. Sometimes the experience illuminates the inherent story values of a brand. Sometimes it leads audiences to uncharted places. Sometimes it's just an incredible idea that needs to be realized, because it just does. We seek out these imagination-adrenaline rushes because they are the purest expressions of our core principles: mutual inspiration; inventing immersive story worlds; synthesizing archetypal oral tradition with modern technique; forcing arguments; cross-pollinating epiphanies; and fearlessly pursuing the horizon.

Little Fox Subscribe to our channel and see 3 new videos uploaded every day, Mon-Fri: here to watch without ads: [Series Introduction] Adapted from the classic novel by French author Jules Verne, this series introduces readers to Phileas Fogg, an English gentleman. ABCkidTV - Nursery Rhymes Let’s all sing along and think about all the things we have to be thankful for! Subscribe for new videos every week: Lyrics: I’m thankful for my familyI’m thankful for my friendsI’m thankful for the things I have,The Thank You’s never end What are you thankful for? The English Blog This ad for French optician's Krys contains a lot of useful vocabulary for describing personality types, a slogan with a double meaning, and grammar point. Watch the video, and try the gap fill activity below. COMMENTS1. Of course, the 'I' who is speaking is the glasses, or perhaps Krys.2.