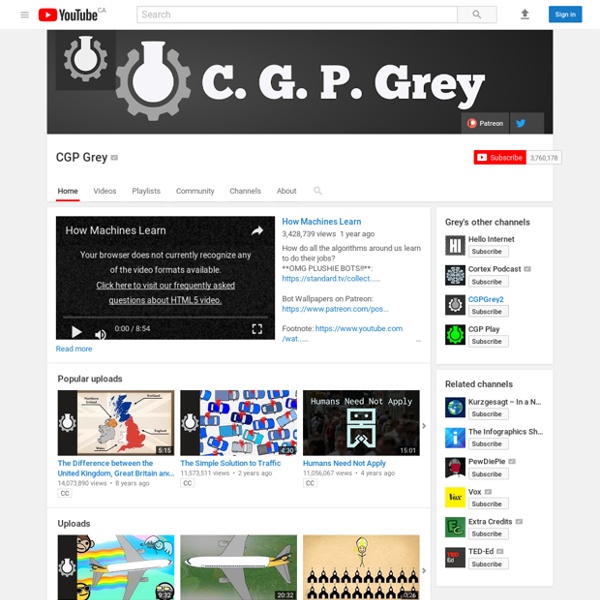 Heartbreaking photos show what it’s like living in a walled city of a brothel Photos By Sandra Hoyn June 13 Kajol with a customer. (Sandra Hoyn) Women waiting for customers in the Kandapara brothel in Tangail. Big Think There are only two events in the universe that defy the laws of physics: black holes and the big bang, and while scientists try to explain them, crucial evidence may be eaten up in the meantime. Christophe Galfard's book is "The Universe in Your Hand A Journey Through Space, Time, and Beyond" ( Read more at BigThink.com: Follow Big Think here:YouTube: SmarterEveryDay Get your own backwards bike here ⇒ Support Link: ⇒ ⇐ ↓↓↓↓↓↓↓READ MORE: ↓↓↓↓↓↓↓ Here's the link from the Amsterdam meetup! (I usually make a localized facebook post before I visit a city to see if anyone wants to high five.) Comment threads on Reddit: (Bicycling)My Instagram account: Support Link: Slow Motion Sound Design by "A Shell In The Pit"The awesome music by "A Shell In The Pit" is called:"Bottles" which can be downloaded here. here:

AMADEUS 1983 Peter Shaffer's award-winning play combines fiction and history to detail the final years of Wolfgang Amadeus Mozart. Antonio Salieri, an older composer, propelled by jealousy, plots the tragic downfall of his brilliant rival. Sir Peter Hall's production, first broadcast in 1983 was recorded with the original National Theatre cast. Antonio Salieri ..... Paul ScofieldWolfgang Amadeus Mozart ..... The Top 37 Things You’ll Regret When You’re Old (Pay Attention To #15) 1. Not traveling when you had the chance. Traveling becomes infinitely harder the older you get, especially if you have a family and need to pay the way for three-plus people instead of just yourself. 2.

Carry a tune: seven of the best portable Bluetooth speakers Every reputable audio brand now offers portable Bluetooth speakers, alongside swaths of Amazon-fodder with names such as iClutch and The Broozr. The latter are very cheap and are certainly a good option for people who simply want a slightly louder phone. The seven speakers tested below represent a range of those with pretensions to superior fidelity. Some of these have flashy extra features such as USB power output or aptX compression. Unusual places in London – London photo galleries – Time Out London Rivoli Ballroom Where am I?Glide through a magical costume ball, or shake a tail feather to some of the finest rock ’n’ roll hits of the 1950s in a lush gold and velvet ballroom. Hey, is that Elvis over there? Is it? Where?

How to Uninstall Multiple Android Apps at Once Quickly There are many useful apps available for Android on Google Play Store. We all are excited to download and use new tools and games. If you also do the same, then you have probably installed hundred of apps in your phone, some of which you don't even use now. As we all know that these apps drain phone's battery life and use unnecessary storage, so it is better to uninstall them. One of the easiest way is to drag the app to the uninstall icon from app drawer or go into the application settings in your phone. Be a D**khead: the Philip K. Dick way of political resistance “How does one fashion a book of resistance, a book of truth in an empire of falsehood, or a book of rectitude in an empire of vicious lies?” –Philip K. Dick, Only Apparently Real I am a D**khead—a Philip K. Dickhead, that is (it’s a term we PKD fans playfully use to refer to ourselves). But I’m more than just a fan.

'My body shall be all yours': the startling sex letters of Joyce, Kahlo and O'Keeffe “I did as you told me, you dirty little girl, and pulled myself off twice when I read your letter.” He might be celebrated for his epic and allusive novels, but James Joyce came straight to the point when writing to his partner, Nora Barnacle. This was the opening salvo of a letter from 1908 and is just one of scores of explicit missives he sent her. A new stage show is celebrating such letters of desire sent by famous figures through the centuries, whether explicit or coded, erotic or romantic.

15-yr-old's shop class table stuns DIYers around the world — look closer and you'll see why A scarf, an ashtray, and a birdhouse-those are just three of the things I made my parents for Christmas and birthdays in arts and crafts classes growing up. But vocational classes can be a whole more creative if you think big. Just ask this 15-year-old kid.