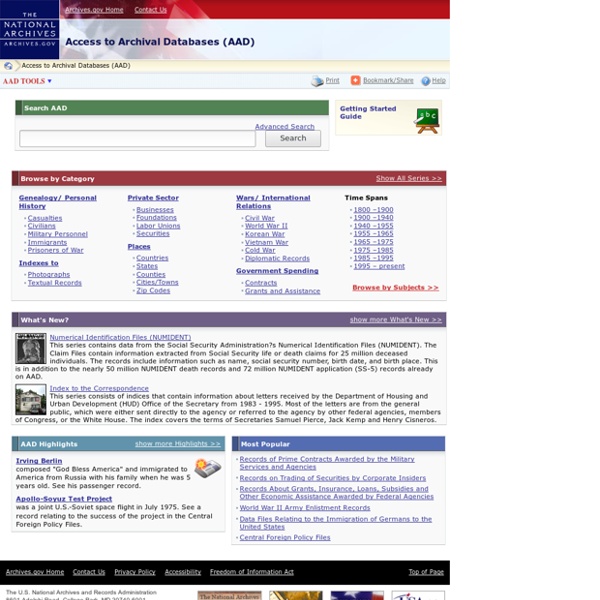 Documenting the American South: Open DocSouth What is DocSouth Data? Doc South Data provides access to some of the Documenting The American South collections in formats that work well with common text mining and data analysis tools. Documenting the American South is one of the longest running digital publishing initiatives at the University of North Carolina. It was designed to give researchers digital access to some of the library’s unique collections in the form of high quality page scans as well as structured, corrected and machine readable text. Doc South Data is an extension of this original goal and has been designed for researchers who want to use emerging technology to look for patterns across entire texts or compare patterns found in multiple texts.

Free Civil War Records: Find Your Ancestors with These 4 No-Cost Resources May 9th, 2017 marks 152 years since the U.S. Civil War ended, but the numerous records created by the War Between the States still provide a glimpse into the lives of those who served. If you had family in the US in the mid-19th century than there is a very good likelihood that some of your own ancestors served in this pivotal conflict. Ancestry Wiki: Specific Databases & Indexes From Ancestry.com Wiki This article originally appeared in "General References and Guides" by Kory L. Meyerink, MLS, AG, FUGA in The Source: A Guidebook to American Genealogy The following list of specific databases and indexes is organized alphabetically.

250+ Killer Digital Libraries and Archives Hundreds of libraries and archives exist online, from university-supported sites to accredited online schools to individual efforts. Each one has something to offer to researchers, students, and teachers. This list contains over 250 libraries and archives that focus mainly on localized, regional, and U.S. history, but it also includes larger collections, eText and eBook repositories, and a short list of directories to help you continue your research efforts. death The sites listed here are mainly open access, which means that the digital formats are viewable and usable by the general public. So, such sites as the Connecticut Digital Library (iCONN) are not listed, as they operate on the premise that the user has a Connecticut library card in his or her possession. Efforts were made to go to the root source for these collections.

Internet Archive: American Libraries collection eye Books from the Boston Library Consortium . See a Tag Cloud for the Boston Library Consortium collection. 20,000 Letters, Manuscripts & Artifacts From Sigmund Freud Get Digitized and Made Available Online In his introduction to the 2010 essay collection Freud and Fundamentalism, Stathis Gourgouris defines fundamentalism as “thought that disavows multiplicities of meaning, abhors allegorical elements, and strives toward an exclusionary orthodoxy.” While there may be both religious and secular versions of such ideologies worldwide, we can trace the word itself to an Evangelical movement in the U.S., and to a set of beliefs that endures today among around a third of all Americans and has “animated America’s culture wars for over eighty years,” writes David Adams. The fundamentalist movement first took shape in 1920, just as Sigmund Freud wrote and published his Beyond the Pleasure Principle. It was in that book that Freud introduced the concept of the “death drive.” Adams argues that “the ‘fundamentalist’ and the ‘death drive,’ are twins: they came into being simultaneously,” and “their simultaneity is not merely an accident. Related Content: