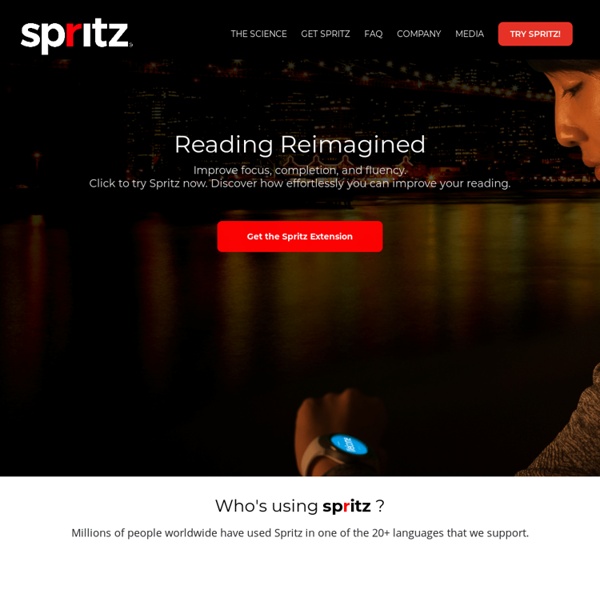 How Australia's children's authors create magic on a page For a prime example of Australia’s innovation economy in action, look no further than the humble picture book. Staple of bedtime reading, offering textual delights beyond the verbal, picture books are a hidden treasure. Australian picture books sell around the world, and are translated into many languages — take for instance, Jackie French’s iconic Diary of a Wombat (2002), which appears in French, German, Korean, and many more.

A Summary and Analysis of the ‘Rumpelstiltskin’ Fairy Tale A curious introduction to a classic fairy story How old do you think the story of Rumpelstiltskin is? It was famously included in the 1812 volume Children’s and Household Tales by the Brothers Grimm (a book that’s better known as Grimms’ Fairy Tales), but many of the tales written down by the German siblings were of a considerable vintage by then. Introducing Gargl: Create an API for any website, in any programming language, without writing a line of code Warning:Integrating into a website / service without permission is a legally grey area. If a site does not have a documented API, its owners may be unhappy with you reverse-engineering their unofficial API and using it as part of an application, service, or other purpose. Legal cases have previously been fought and both won and lost by developers “misusing” an unofficial API for their own purposes. Use caution and seek legal counsel before integrating another party’s unofficial API into any product, service, or tool you plan to expose to yourself or others.

Letter From Kurt Vonnegut To High Schoolers Shows You Have To Love The Process, Not The Results Kurt Vonnegut is one of America’s greatest writers of all time! Tragically, we lost him in 2007 to a traumatic brain injury. Here was a man who struggled with suicidal thoughts for decades, yet managed to keep it together for the kids.

5 Apps to Transform Teaching and Personalize Learning Transformation requires a journey for teachers toward great educational rewards for students. Knowing how to craft learning experiences that meld technology with the curriculum is key to crafting digital-age lessons. As digital tools are integrated seamlessly with sound pedagogical practice, a new classroom culture emerges. This is a culture focused on student-centered, personalized learning and shifting away from traditional teacher-centered classrooms. The digitally-rich lesson format below has evolved as technology has been infused into these lesson components: Whole-group instruction Guided practice Independent practice Reflection

What the news media can learn from librarians Photo by Rich Grundy We can all agree it’s been a rough season for the news media. Hostile political crowds, accusations of slander, and struggles with what Guardian editor Katharine Viner has called the “waning power of evidence” and “diminishing status of truth.” Today more than ever, the news media’s role as a mediator and gatekeeper of civic discourse is being questioned. Jeffrey Rutenbeck, American University’s Dean of the School of Communication, voiced what many are feeling when he observed in a recent Knight Foundation report, “Journalism has had the luxury of not having to ask itself the existential question of why anyone should pay any attention to us at all.”

Control Alt Achieve: Black Out Poetry with Google Docs March 21st is World Poetry Day, so this is a good time to revisit some ideas for creative ways for students to write poems. In the past I have shared activities for Random Writing Prompts for Poems, as well as drag-and-drop "magnetic" poetry templates in a Winter Theme and a Valentine's Day Theme. Another fun way to engage students in poetry is by having them create "Black Out" poems.

the kimono blog Web scraping. It's something we all love to hate. If you're a developer, you know what we're talking about. You wish the data you needed to power your app, model or visualization was available via API. Reclusive Deity Hasn’t Written A New Book In 2,000 Years NEW YORK—Leading writers, scholars, and publishers gathered this week at Fordham University for a literary conference and panel discussion on God, the widely praised but reclusive deity who has not published a book since His landmark debut 2,000 years ago. Hailed by critics as one of the most important authors in recent millennia, the eccentric divinity is said to have long ago retreated from the public eye, eschewing a life of celebrity for one of solitude and quiet. To this day, experts confirmed, His artistic reputation rests exclusively upon His bestselling and highly acclaimed first work, the Bible. “It’s also possible that, with the first book, He simply said everything He had to say,” Wood continued. “Though one would think a writer of such impressive knowledge and power would never lack for inspiration.”

Framework for Information Literacy for Higher Education Filed by the ACRL Board on February 2, 2015. Adopted by the ACRL Board, January 11, 2016. This work is licensed under a Creative Commons Attribution-NonCommercial-ShareAlike 4.0 International License. PDF Version Game of Awesome / Teaching & learning resources / Success for Boys - Success for Boys Game of Awesome is a card game for 3-6 players designed to engage and inspire kids, specifically boys, to tell stories and learn to write. Playing the game helps students generate ideas quickly which they can explore, expand and write stories. The basic game has been produced as four sets of cards containing topics, themes and ideas that students years 5-8 will find interesting, involving and often ridiculous! The cards can be used independently or mixed and matched to create new combinations and infinitely more ideas. The game is easy to learn for both students and teachers, quick to play and easily employs a range of learning outcomes by using new rules, templates and other teacher support materials provided as free downloadable, printable files. Watch the video to find out why Game of Awesome is worth checking out!

Tabula Why Tabula? If you’ve ever tried to do anything with data provided to you in PDFs, you know how painful this is — you can’t easily copy-and-paste rows of data out of PDF files. Tabula allows you to extract that data in CSV format, through a simple interface. And now you can download Tabula and run it on your own computer, like you would with OpenRefine. Download and install Tabula

If William Shakespeare Had Written Star Wars by Maria Popova “In time so long ago begins our play / In star-crossed galaxy far, far away.” Though William Shakespeare regularly dominates surveys of the greatest literature of all time, he remains a surprisingly controversial figure of literary history — while some believe The Bard profoundly changed modern life, others question whether he wrote anything at all. Doubts of authorship aside, one thing Shakespeare most certainly didn’t write is the cult-classic Star Wars — but he, as Ian Doescher brilliantly imagines, could have: Behold William Shakespeare’s Star Wars (public library), a masterwork of literary parody on par with the household tips of famous writers and Edgar Allan Poe as an Amazon reviewer. Accompanying Doescher’s sonnets are ominously beautiful illustrations by Paris-based artist Nicolas Delort.

From this NPR interview •HOBSON: So what's in it for you? •WALDMAN: Well, you know, it's the same, what was in it for Twitter or Facebook or Snapchat or WhatsApp, you know? There's a lot of large user-base platforms that, you know, look to monetize later. And that's the model we're following. •HOBSON: Just build a big community and figure out how to make money on it later. •WALDMAN: Yeah, that's the short way to put it. But we think there's a lot of opportunity. by daxjacobson Feb 13