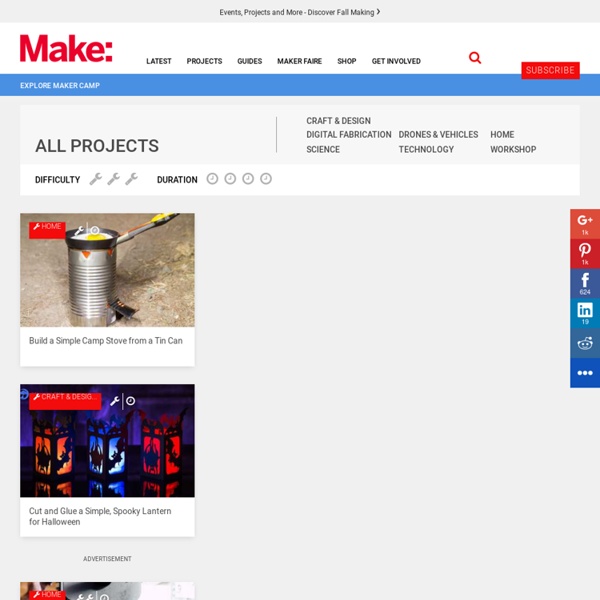 EL Cycle If you're thinking, "'EL Cycle' sounds like a bicycle-powered EL wire project," then you are... Cycle Chaser Project animations from the rear of your bicycle using a Raspberry Pi and open-source software.... Dark-Detecting LED Build a simple light-sensing circuit that switches an LED on when the lights go out.

Students teaching students IT SPRINGBORO – Students preparing students for future careers was at the heart of a week long effort to promote information technology in Springboro Community City Schools. Springboro High School students enrolled in IT and digital media programs – satellite courses of the Warren County Career Center – recently taught their junior high and high school peers about computer science. “The purpose of this week is to bring awareness to the computer science field in the way of education and job opportunities,” said instructor Jenifer Conard. “Allowing our own students to teach is more effective as they are able to relate to their own peers.” According to data from the National Science Foundation, fewer than 2.4 percent of students earn a degree in computer science – and yet the need for computing skills and the demand for technical jobs is increasing. Data also shows that computing jobs are growing at a 3.6 times the rate of other fields in Ohio.

Music hack of the decade: Panflute Hero! Jhonny Göransson was part of the team that made what’s simply the daftest and most wonderful music hack we’ve seen so far. The moment he tweeted about it last night, we knew we had to show it to you as soon as we could. It’s called Panflute Hero. Panflute Hero was the result of a weekend at Way Out West Hackathon 2013. It’s a very silly panpipe version of Guitar Hero, which doesn’t use a plastic guitar controller. Maker Space In Education Series… 20 Reasons Your Students Should Be Making It’s still summer time in the States and I couldn’t help but think of the idea of play, and that of course made me think of Maker Space. I have long encourage Making in the classroom. It wasn’t until recently that I discovered that this idea is now a movement and one that I suggest all 21st century educators Make some room for. I hope you enjoy this series and I encourage you to send me information and resources, as I am also Making time to learn. First, to ensure you do not miss one of these valuable posts or other resources covering PBL, Digital Curriculum, Web 2.0, STEM, 21st century learning, and technology integration please sign up for 21centuryedtech by email or RSS.

Hands-On Science Activities for After School Play Introduction An introduction to the stripped-down motor, a simple and easy-to-make version of the electric motors found in toys, tools, and appliances. • Download activity instructions• Download concept map• Going further Recommend the Stripped-Down Motor activity to a friend

Code Monster from Crunchzilla <h2>Code Monster use Javascript. Please enable Javascript if you want the play with the Code Monster. Otherwise, Code Monster will not be able to play with you. Using Gaming Principles to Engage Students Game designers understand how to make games memorable and "sticky" in the sense that, even when you aren't playing the game, you're still thinking about solving its problems and puzzles. As teachers, how might we make our projects and content as sticky as games? How can we engage kids in thoughtful learning even after they leave the classroom? Here are game designers' top five secrets and some tips on using these same game dynamics to make learning in your classroom as addictive as gaming. 1. The Story Dynamic: Wrap Them Up in the Story

MagPi issue 25 – out now! For your weekend reading pleasure, here’s issue 25 of the MagPi! Published just yesterday, the latest issue of everyone’s favourite free, monthly, community-produced Raspberry Pi magazine is as full of fantastic stuff as ever. Click to read The MagPi! The cover story is one that’ll definitely get some attention in our house this weekend: it’s a full Python simulation of the Pocket Enigma Cipher Machine, a cleverly devised toy that demonstrates some of the principles of a real Enigma machine like the one many of you will recognise in the cover photo. Used by the German armed forces during World War II to encipher messages, these used rotating disks to achieve a sophisticated substitution cipher; the Pocket machine, and its Python simulation, use two disks to arrive at a fun, if not exactly unbreakable, cipher. We’re delighted to see an article by Andrew Suttle, the MagPi’s youngest guest writer so far.

Classroom Guide We want to help you bring DIY to your classroom. DIY is a platform for students to discover Skills and share what they make and do with a global community. Educators everywhere are using DIY to explore skill-based learning and introduce collaboration into their classroom – during homeroom, Genius Hour, after school, and even regular classes. Blend the DIY Skills platform into your core curriculum, or let your students explore new subjects while practicing skills. Register If you're already using DIY in your classroom, or want help getting started, please register below to let us know.

Worlds of Making @ NMHS Setting up a Makerspace has been a priority of mine from the moment I started here at New Milford High School, and it’s already well on its way to being achieved. Having a school principal who provides the perfect mix of encouragement and autonomy has, of course, been a great help, but it has also been very much a team effort: the school’s tech team and custodians have been very supportive and cooperative, along with a diverse variety of students interested in ‘making’ experiences. At the heart of the vision for my Makerspace is to develop the space and to provide resources and opportunities that will aid in promoting web literacy. These components encompass Mozilla's Web Literacy Standard. The standard is make up of three key elements: exploring, building and connecting and focuses on reading, writing and participating on the web.

Minecraft Modding Classes - ThoughtSTEM Beneath the world of Minecraft is an equally fascinating world of hardware and software -- built upon 150 years of computer science history. This class introduces students to this new world by exploring client/server architectures, network security, operating systems, and computer programming. To explore this world, students will be guided in setting up Minecraft servers and building Minecraft mods – while also being taught key computer science principles. The class is taught in a project-based style – with minimal lectures – making it both fun and educational. A talk by ThoughtSTEM's CEO. UK schools to make space apps with interstellar Raspberry Pi computers UK Space Agency astronaut Tim Peake will take two Raspberry Pi computers on his next space mission, in the hope that UK pupils will create their own app or experiment that can be deployed on the International Space Station. Peake will fly two “Astro Pi” maker-boards, which have been kitted with sensors, to the space station when he begins his six-month mission. Primary and secondary school children will compete to develop an idea for an application, which if successful, will be developed with the help of the Astro Pi, CGI and Raspberry Pi Foundation, who will code their idea.

MagPi issue 20 – your free Raspberry Pi magazine, out now Issue 20, February 2014, of the excellent MagPi Magazine was released this week. I’m completely stealing the editorial by Matt from The MagPi team to introduce this issue (as you may have guessed, Liz is away. And I am not as good as Liz at this. Creating School Library Makerspaces While there is no clear, single definition to the term makerspaces (Burke, 2013; Fontichiaro, as cited in Bell, 2015), there are commonalities existing in terms of features, functions, goals and activities that makerspaces provide. A makerspace is a place where people gather as communities to be innovative, create and collaborate, to share knowledge, tools and resources (Britton, 2012). Makerspaces have transpired from the maker movement which has been popularised by Make magazine and Maker Faire founder Dale Dougherty. These creative spaces emphasise the ‘do-it-yourself’ philosophy while promoting a richer engagement and curiosity within the Science, Technology, Engineering, Arts and Maths (STEAM) disciplines (Dougherty, 2013) and encourages students to pursue careers in these fields, but also to create their own jobs and industries (Peppler and Bender, 2013) that may not exist yet in a rapidly changing information and technological world.

How To Succeed When 3D Printing With PVA Support Material When Should You Use A Different Support Material? If you’re printing other 3D filaments like ABS, PETG, Nylon, or TPE, which all print at a higher temperature or don’t stick well to PVA filament, use a different support material or even just use same-material support. Like HIPS, the perfect support for ABS, PVA does cost more than regular build materials, so if you’re printing a fairly simple model, a model with easy to clean supports, or you plan on finishing your 3D print anyways, then stick with printing your supports with the same material.