Was Race-Mixing the real cause of the "Witch" hunts? [Archive] - White Nations Forum. How the White Man's God Was Turned Into Christianity's Devil Part One: The Native Religions of White Europeans Long before Jews introduced the Semitic cult of Christianity to Europe by way of the Roman Empire, White Europeans had, for thousands of years, practiced their own native religions, worshiping their own gods and goddesses that were indigenous to Europe. 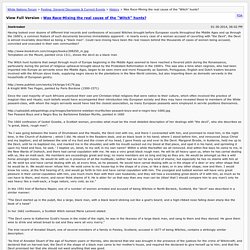 Undoubtedly the earliest of all deities common to the European peoples was the fertility goddess often referred to as the "Great Mother. " Demon Lovers: Witchcraft, Sex, and the Crisis of Belief - Walter Stephens - Google Bøker. The Untold Story of Walpurga Hausmannin: An Infamous German Witch. The legend of Walpurga Hausmannin is one of the scariest witch stories in the world. 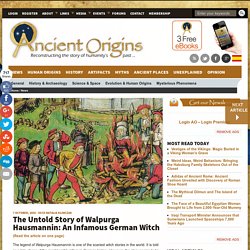 It is told as a tale of one of the most horrible killers in German history. However, the story seems to be half-truth and half legend. It also holds an unsolved mystery related to one of the darkest human practices. Her exact birth date is unknown, but she was born between 1510 and 1527. Jäder under medeltiden - Jädersbruks Ekologiska HerrgårdJädersbruks Ekologiska Herrgård. Kingship and State Formation in Sweden 1130-1290 - Philip Line - Google Bøker. 28 (Antiqvarisk/Antikvarisk tidskrift för Sverige / Tjuguförsta delen) Full resolution (TIFF) - On this page / på denna sida - Sidor ... 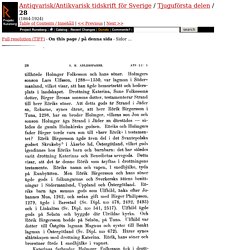 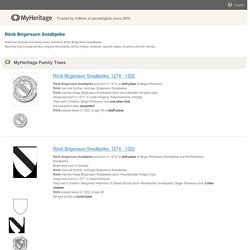 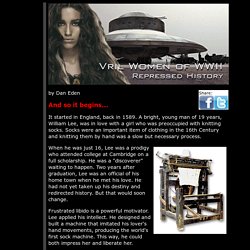 It started in England, back in 1589. A bright, young man of 19 years, William Lee, was in love with a girl who was preoccupied with knitting socks. Socks were an important item of clothing in the 16th Century and knitting them by hand was a slow but necessary process. Codex Atlanticus « Facsimile edition. Browse all Facsimiles by Style. Browse Documents Pick a Criteria and Enjoy your Journey! 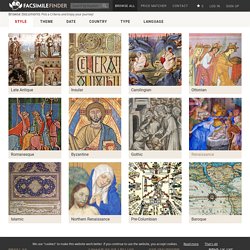 Late Antique Insular Carolingian Ottonian Romanesque. Medieval pop-up book This book was printed in... The Pragmatic Costumer. The Life and Wisdom of Giordano Bruno Part 1. Full text of "A History Of Medicine" Life in Elizabethan England 88: A Midwife's Oath. A licence the archbishop of Canterbury granted to Eleonor Pead, to be a midwife, with the oath she took. 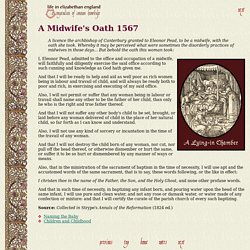 Whereby it may be perceived what were sometimes the disorderly practices of midwives in those days... But behold the oath this woman took: I, Eleonor Pead, admitted to the office and occupation of a midwife, will faithfully and diligently exercise the said office according to such cunning and knowledge as God hath given me. And that I will be ready to help and aid as well poor as rich women being in labour and travail of child, and will always be ready both to poor and rich, in exercising and executing of my said office. Also, I will not permit or suffer that any woman being in labour or travail shall name any other to be the father of her child, than only he who is the right and true father thereof. 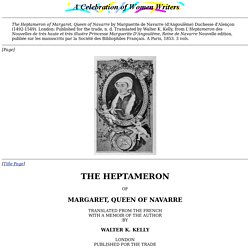 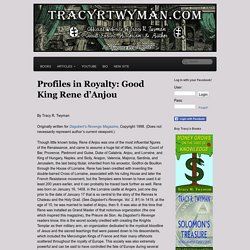 Twyman Originally written for Dagobert’s Revenge Magazine, Copyright 1998. (Does not necessarily represent author’s current viewpoint.) Anne Boleyn Part Six - Betrayal. Gribshunden. General Braddock’s Defeat on the Monongahela Part 3. An account of General Braddock’s expedition to Fort Duquesne in 1755 in 15 parts: The French & Indians launch their attack on the British & American troops; Braddock falls shot while George Washington attempts to assist him.Click here or image to buy a print The British Government and the Duke of Cumberland: In early 1754, there were changes in government in London. 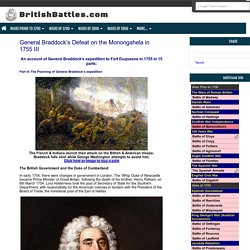 The ‘Whig’ Duke of Newcastle became Prime Minister of Great Britain, following the death of his brother, Henry Pelham, on 6th March 1754. Carrack. Name[edit] English carrack was loaned in the late 14th century, via Old French caraque, from carraca, a term for a large, square-rigged sailing vessel used in Spanish, Italian and Middle Latin. These ships were called caravela or nau in Portuguese and Genoese, carabela or nao in Spanish, caraque or nef in French, and kraak in Dutch. Anne Boleyn's Paternal Ancestry: The Wives of the Boleyns by Beth Tashery Shannon - The Anne Boleyn Files. Posted By Claire on February 22, 2013 Robin Hood and Maid Marian – Anne’s ancestors, Fulk FitzWarin and Maud le Vavasour, are thought to have partly inspired the legend. Thank you so much to Beth Tashery Shannon for writing this article for The Anne Boleyn Files.

I started corresponding with Beth when I was researching Anne Boleyn’s family tree and the roots of the Boleyns, and she was so helpful. Beth’s article follows on from my articles Anne Boleyn’s Family Tree and Boleyn Myth 1 – Anne Boleyn’s Arms are Evidence that Anne was Ashamed of Her Boleyn Roots Some writers make much of the contrast between Anne Boleyn’s ‘noble’ maternal pedigree and her ‘mercantile’ paternal ancestors. Academically-minded readers may feel this post should have citations, but early genealogy generates reams of discussion at every point, and I have cribbed no one researcher’s particular discovery.

Anne Boleyn’s most prestigious ancestry certainly came thought her mother. Some Court Rolls of the Lordships, Wapentakes, ... Archive of the Inquisition. For information relating specifically to the Spanish Inquisition, please see Spanish Inquisition. The Archive of the Inquisition (or more fully the Archive of the Inquisition and Index), officially referred to as the Archive of the Congregation for the Doctrine of the Faith (abbreviated to ACDF for Archivio Congregatio pro Doctrina Fidei) in the Vatican, contains the Catholic Church's documents dealing with doctrinal and theological issues related to church teaching. It also contains information on political trials that were carried out when the papacy had temporal power over the Papal States. Also see: Crypto-Judaism. By 1500, the Catholic Church had reached an apparently dominant position as the established religious authority in western and central Europe dominating a faith-landscape in which Judaism, Waldensianism, Hussitism, Lollardry and the finally conquered Muslims al-Andalus (the Muslim-dominated Spain) hardly figured in terms of numbers or influence.

The list initially appeared as an appendix to Johann Weyer's first book about demonology and witchcraft, De Praestigiis Daemonum et Incantationibus ac Venificiisi, and was said by the author himself to have been inspired by an earlier text discussing spirits and demons. Yet, it is Weyer's work—not his predecessor's—that came to be known by renowned psychoanalyst Sigmund Freud as "one of the ten most significant books of all time. " The son of a civic service merchant, Johann Weyer was a Dutch doctor and occult practitioner born in the Netherlands in 1515. Johannes Wierus “De Praestigiis Daemonum” 1566: The most complete work on demonology ever published. By Ryan Stone. These 5 men were scientific geniuses. They also thought magic was real. - Vox. Arbatel: The Magic of the Ancients – An Occult Grimoire with a Positive Message. Understanding The Lacemaker by Johannes Vermeer.

Related:  Runemal   -  Anthropology   -  Germanic & Norse   -  EyeWitness To The Middle Ages and Renaissance   -  EyeWitness to History - history through the eyes of those who lived it   -  Education   -  Enterprise