James Bond's First-Ever Child in Action Scene Was Shocking for Parents. For the first time ever, a child is featured in an action sequence in a James Bond movie. 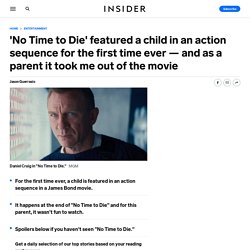 It happens at the end of "No Time to Die" and for this parent, it wasn't fun to watch. Spoilers below if you haven't seen "No Time to Die. " James Bond movies are known for having amazing action sequences that are filled with gunfire, explosions, and beautiful people. How will MIDI 2.0 change music? A lot of big things happened in music in 1983. 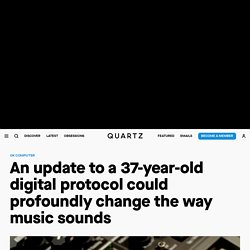 It was the year Michael Jackson’s album Thriller hit number one across the world, compact discs were first released in the US, and the Red Hot Chili Peppers formed. Yet there was one obscure event that was more influential than all of them: MIDI 1.0 was released. MIDI stands for “Musical Instrument Digital Interface” and, after 37 years, it has finally received a major update. (4) Top 10 Most Underrated Dance Scenes in Classic Musicals. Donald O'Connor tap dancing on roller skates. Make Em Laugh. Saturday Night Fever (Bee Gees, You Should be Dancing) John Travolta HD 1080 with Lyrics. The Blues Brothers (1980) - Shake a Tail Feather. Dirty Dancing - Time of my Life (Final Dance) - High Quality.

Cell Block Tango. Kyle Hanagami Choreography. Michael Jackson - Billie Jean. Michael Jackson - Thriller. Footloose Final Dance 1984 to 2011. The Good, the Bad and the Ugly - The Danish National Symphony Orchestra (Live) Ennio Morricone, Oscar-Winning Composer of Film Scores, Dies at 91. Ennio Morricone, the Italian composer whose atmospheric scores for spaghetti westerns and some 500 films by a Who’s Who of international directors made him one of the world’s most versatile and influential creators of music for the modern cinema, died on Monday in Rome.