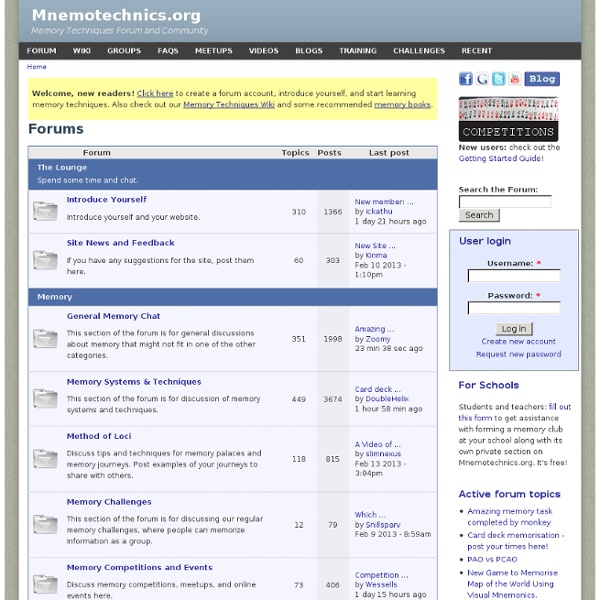 Free Working Memory Test - MemoryHealthCheck Exercise your working memory capacity with these online screening tests: A popular working memory test that is used in many cognitive and neuroscience research labs. Type the numbers you see into the box below. Connecting neurons to fix the brain Each of the brain’s 100 billion neurons forms thousands of connections with other neurons. These connections, known as synapses, allow cells to rapidly share information, coordinate their activities, and achieve learning and memory. Breakdowns in those connections have been linked to neurological disorders including autism and Alzheimer’s disease, as well as decline of memory during normal aging. Many scientists believe that strengthening synaptic connections could offer a way to treat those diseases, as well as age-related decline in brain function. To that end, a team of MIT researchers has developed a new way to grow synapses between cells in a laboratory dish, under very controlled conditions that enable rapid, large-scale screens for potential new drugs.

Why Students Forget—and What You Can Do About It Teachers have long known that rote memorization can lead to a superficial grasp of material that is quickly forgotten. But new research in the field of neuroscience is starting to shed light on the ways that brains are wired to forget—highlighting the importance of strategies to retain knowledge and make learning stick. In a recent article published in the journal Neuron, neurobiologists Blake Richards and Paul Frankland challenge the predominant view of memory, which holds that forgetting is a process of loss—the gradual washing away of critical information despite our best efforts to retain it. According to Richards and Frankland, the goal of memory is not just to store information accurately but to “optimize decision-making” in chaotic, quickly changing environments. In this model of cognition, forgetting is an evolutionary strategy, a purposeful process that runs in the background of memory, evaluating and discarding information that doesn’t promote the survival of the species.

memory experiments Memory Experiments Here are some experiments and games to test your memory. Also, don't forget that there are some memory tricks and techniques at the end of this section! On-line Short Term Memory Games How to avoid losing your memory in the digital age Alex Mullen has an extraordinary talent: after just 16 seconds of flicking through a pack of cards, he can recall their exact order. The 26-year-old medical student began using memory techniques to help with his university degree, but he picked them up so quickly that soon he was entering competitions, eventually becoming the International Association of Memory world champion in 2015. At the championships, which take place again this December, “memory athletes” compete to remember the most in the shortest time, in categories that include card sequences, names, faces and dates of historic events. “My first world championships win was very surreal. I was training hard, but winning was never really on my radar,” Mullen says.

Brain Age Test 01 (Instantaneous Memory) How to Play This is a brain training game which enables you to strengthen your instantaneous memory and eyesight. Click [START]. After a countdown (wait for 3,2,1), you will see some numbers. A neural pathway that erases memories In order to remember, we must forget. Recent research shows that when your brain retrieves newly encoded information, it suppresses older related information so that it does not interfere with the process of recall. Now a team of European researchers has identified a neural pathway that induces forgetting by actively erasing memories. How to become a super memorizer – and what it does to your brain To many of us, having to memorize a long list of items feels like a chore. But for others, it is more like a sport. Every year, hundreds of these ‘memory athletes’ compete with one another in the World Memory Championships, memorising hundreds of words, numbers, or other pieces of information within minutes. The current world champion is Alex Mullen, who beat his competitors by memorizing a string of more than 550 digits in under 5 minutes. You may think that such prodigious mental feats are linked to having an unusual brain, or to being extraordinarily clever.

Why learning is harder as we get older Children learn. It’s what they do. And they build themselves over the years from wide-eyed baby to a person that walks and talks and can maybe fix your computer, so it’s no wonder that we have this idea that learning comes so much more easily to them than it does to us.