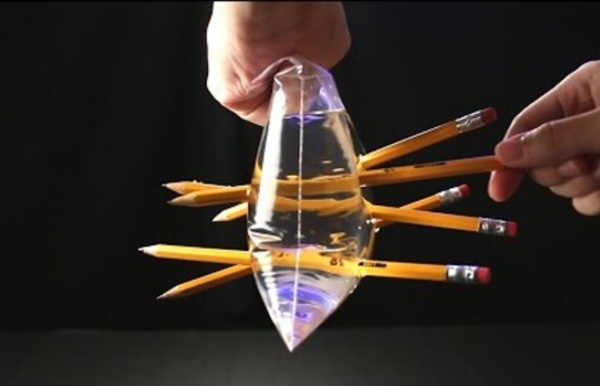 Astrophysicist Writes Brutal Response To WSJ Article Claiming Science Has Proven God Exists Recently – Christmas Day, in fact – the Wall Street Journal published an article by a Christian apologist who boldly declared that science was “increasingly” making the case for God, year-after-year. Eric Metaxas is best known as a biographical writer, but he is also lauded (in conservative circles) for his work promoting the pro-life movement and making sweeping, outrageous conclusions about the existence of God based on whatever tenuous evidence seems handy at the time. If sweeping, outrageous conclusions be Metaxas bread-and-butter, than his Wall Street Journal article is perhaps his magnum opus. It’s a doozy. After subtitling his work “The odds of life existing on another planet grow ever longer.

Downloading , Cutting or Editing Audio : Everything you need is here! Blog de Cristina is also on Facebook. Follow me! It is the beginning of the school year and there are some tools that I need to make sure are working properly. You know how everything works on the Internet. Some sites close down, others that promised to be free are now charging you and some others are still there but they don’t seem to work anymore. Milk Jug Skeleton Last weekend, I dropped my daughter off at a Girl Scout meeting and spied this awesome milk jug skeleton on the front porch of her troop leader’s house (pictured above – thanks, Kate!). It was adorable, and something that seemed like it would be a fun, long-lasting project to make with my kids. I came home and did some searching and found a few versions online. This tutorial from The Party Animal, which includes pattern pieces, seemed to be one of the best versions I found.

Change the YouTube Embed Image to Custom Image 14May2012 If you want a specific preview image for your YouTube video, you’re pretty much out of luck. When you upload a video, YouTube chooses 3 frames from your video based on an algorithm that might or might not be random. There are tips around for trying to game their algorithm, but that might be a little unethical and it’s unreliable since they’ve changed the algorithm over time.

A Guy Created Hilarious Fake Animal Facts & Put Them Up At The Zoo If you've ever been to a zoo, you know that those little 'blurbs' on the animal signs can often go overlooked. Most people don't care what country the red-tailed hawk originated from or the typical shade of bamboo koalas prefers to snack on at night. Comedian Jeff Wysaski (aka Obvious Plant), decided to spice up those fun facts by making them, well, not facts at all. Lies, I guess you could call them. 101 Amazing PC / Internet Tricks no one told you before Below is a list of one of the best hidden 101 Computer tips and tricks to impress your friends which you have been unaware of so far in life. Here you go. You can search Google timer in Google for a timer with alarm

A Bubble Inside a Bubble Inside a Bubble - The Lab There’s something amazing about a bubble. True, it’s just a little puff of air trapped inside a thin film of soap and water but its precise spherical shape and beautiful, swirling colors make it a true wonder of science! Simple tools and a simple additive to a bubble solution make it possible to blow amazing bubbles. You’ll use the physics of bubbles as well as a bit about volume and elasticity to blow a bubble inside a bubble inside a bubble. It takes a little practice but you may be surprised at how many you can produce! Bubbles form because of water’s reduced surface tension due to the soap.

Body Painter Transforms Humans Into Breathtaking Portraits Of Animals There’s more to this beautiful heron than meets the eye. It’s actually a human body covered intricately in paint. The stunning work was created by artist Shannon Holt, a body painter from Florida who’s known for her ability to transform the human body into a canvas for beautiful art. The piece is part of Holt’s “Florida Wildlife Series,” a collection of several animal portraits, all painstakingly drawn on human bodies. Animation Maker: How to Make Animated Cartoon - Freemake How to Make a Cartoon Yourself: Top 7 Animated Video Makers Compared Video production is not an easy and cheap matter. A short video for your YouTube channel or website may cost several thousand dollars if you address to professional video studios. No doubt, there are free and low-cost alternatives which can be easily mastered by any web user. A self-made cartoon or an animated video is one of the options. Animated Video Makers: Pros & Cons

Mentos Geyser Experiment - The Lab How Does It Work Why do Mentos turn ordinary bottles of diet soda into geysers of fun? The answer is a little more complicated than you might think. Let’s start with the soda . . . Soda pop is made of sugar or artificial sweetener, flavoring, water, and preservatives. An American Tragedy The election of Donald Trump to the Presidency is nothing less than a tragedy for the American republic, a tragedy for the Constitution, and a triumph for the forces, at home and abroad, of nativism, authoritarianism, misogyny, and racism. Trump’s shocking victory, his ascension to the Presidency, is a sickening event in the history of the United States and liberal democracy. On January 20, 2017, we will bid farewell to the first African-American President—a man of integrity, dignity, and generous spirit—and witness the inauguration of a con who did little to spurn endorsement by forces of xenophobia and white supremacy.

Ten of the best music apps for kids From hammering saucepans to bellowing Justin Bieber in the bath, many children love to make a musical racket. Inevitably, there are apps for that too. A range of developers have been finding inventive ways for children to explore creative music-making – or the world of music more generally – on tablets and smartphones. Ten of the best examples for Android and iOS are below. Prices are correct at the time of writing, and if you tap or click on the platform names, you’ll be taken directly to their app store listings. Toca DanceiOS (£2.49) Seven-Layer Density Column - The Lab Anyone can stack blocks, boxes, or books, but only those with a steady hand and a little understanding of chemistry can stack liquids. How Does It Work The science secret here is density. Density is a measure of how much mass is contained in a given unit volume (density = mass divided by volume). If mass is a measure of how much “stuff” there is in an object or liquid, density is a measure of how tightly that “stuff” is packed together. Based on this density equation (Density = Mass ÷ Volume), if the weight (or mass) of something increases but the volume stays the same, the density has to go up.

Are Math Equations Beautiful? Euler's Identity Makes Mathematicians Swoon Drumroll, please. Here is Euler's identity: eiπ + 1 = 0. Did you leave you breathless? Have you been swept off your feet? Are you sobbing tears of joy over its alluringly pure beauty? Okay, this may need an explanation.