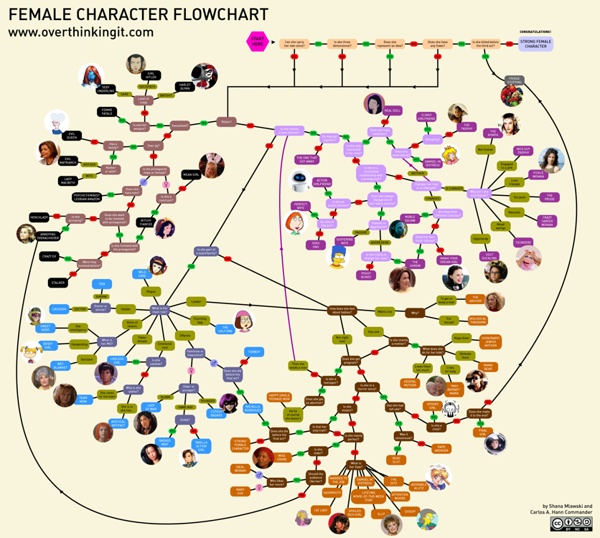 Star Wars Origins - Joseph Campbell and the Hero's Journey In 1949 Joseph Campbell (1904-1987) made a big splash in the field of mythology with his book The Hero With a Thousand Faces. This book built on the pioneering work of German anthropologist Adolph Bastian (1826-1905), who first proposed the idea that myths from all over the world seem to be built from the same "elementary ideas." Swiss psychiatrist Carl Jung (1875-1961) named these elementary ideas "archetypes," which he believed to be the building blocks not only of the unconscious mind, but of a collective unconscious. In other words, Jung believed that everyone in the world is born with the same basic subconscious model of what a "hero" is, or a "mentor" or a "quest," and that's why people who don't even speak the same language can enjoy the same stories. Campbell's contribution was to take this idea of archetypes and use it to map out the common underlying structure behind religion and myth. Searching For The Hero

The 100 favourite fictional characters... as chosen by 100 literary luminaries - Features - Books Chosen by Barbara Trapido (The Travelling Horn Player) William is a child rebel in stifling suburbia. His instincts are against social climbing, pseudo-intellectualism and the humdrum. The 100 best fictional characters of all time Flashman Chosen by Terry Pratchett (the Discworld series) Harry Flashman, that fictional reprobate - wenching and dodging his way through the major military engagements of the 19th century - is funnier, more honest and certainly less harmful than many of the real brave fools whose paths he double-crosses. Pip Chosen by Tim Lott (White City Blue) Philip Pirrip (Pip), of Great Expectations, gripped me at the earliest age. Joe Gargery Chosen by Maeve Binchy (Nights of Rain and Stars) Joe Gargery in Charles Dickens's Great Expectations is so decent and so real that you always think you know him. Miss Havisham Chosen by John Burnside (The Good Neighbour) There's nothing more attractive in a character than unshakeable obsession. Tintin Elizabeth Bennett Rupert Campbell-Black

Abandoned Suitcases Reveal Private Lives of Insane Asylum Patients If you were committed to a psychiatric institution, unsure if you’d ever return to the life you knew before, what would you take with you? That sobering question hovers like an apparition over each of the Willard Asylum suitcases. From the 1910s through the 1960s, many patients at the Willard Asylum for the Chronic Insane left suitcases behind when they passed away, with nobody to claim them. Upon the center’s closure in 1995, employees found hundreds of these time capsules stored in a locked attic. “There were many patients in these asylums who were probably not unlike friends you and I have now.” Photographer Jon Crispin has long been drawn to the ghostly remains of abandoned psychiatric institutions. Crispin’s photographs restore a bit of dignity to the individuals who spent their lives within Willard’s walls. Thelma’s suitcase. Collectors Weekly: How did you come across this collection? Jon Crispin: I’ve worked as a freelance photographer my whole life. Clarissa’s suitcase.

My Little Bag of Writing Tricks - Do Your Job Better By Rachel Toor In the progressive campus lab school I attended until sixth grade, my friends and I wrote poetry, celebrated the passage of Title IX, and did "new" math. The boys sewed and cooked in home economics, and the girls sawed and drilled their way through shop class. When I got to junior high, I realized that the kids who had gone to Catholic school knew things I didn't. They could drink without getting caught, and were able to name the parts of speech. Eventually I learned to sneak gulps from dusty bottles in my parents' liquor cabinet. And so grammarians intimidate me. I'm not convinced that studying grammatical labels would help my prose, though it might make me a more intimidating teacher. I didn't know what comma splices were until the copy editor of my second book pointed out how often I used them. I love style books and have learned plenty from grammarians, even if they might not be my first choice for dinner dates or camping companions. We need to notice.

These Are the 21 Female Authors You Should Be Reading On Monday, Donna Tartt won the Pulitzer Prize for Fiction for The Goldfinch. It was no surprise, really, since the much-anticipated novel made the New York Times best-seller list during its first week on the shelves. The book was so popular that people flocked to the Frick Collection in record numbers to see the titular painting that features heavily in the Dickensian plot. Tartt takes a notoriously long time to write her novels: The Goldfinch took 11 years, and she says that we may have to wait just as long for her next book. Chimamanda Adichie Beyoncé loves her and so should you. Eleanor Catton Catton was only 22 years old when she wrote her first novel, The Rehearsal (what have you done today?). Edwidge Danticat Danticat published her debut novel, Breath, Eyes, Memory, when she was only 25 and was heralded as a young author to watch. Emma Donoghue MORE: Should Donna Tartt be on the 2014 Time 100? Louise Erdrich Elizabeth Gilbert Sheila Heti A.M. Elliott Holt Rachel Kushner Claire Messud J.

How to make a mini bow and arrows set. It's so fluffy! SCORE 162 Stop it! SCORE 1279 If the disney princesses had instagram... SCORE 229 The only person you are destined to become... Things that I love. That's a strange way to make friends. Sock kitty! Introducing, Nap Time! Should You Buy That Gift? Some people could run a marathon without breaking a sweat, but send them shopping for holiday gifts and there come the jitters. OK, so we may be exaggerating a little bit. But it’s largely true: choosing the best gift for everyone on your list is no easy task. And unless you are planning to hack into Santa’s email account or buy a deck of gift cards to hand all around, chances are you’ll spend the next couple of weeks shop-hopping or web browsing, wondering whether buy this gift or that — or keep looking. Need some help? Shane Snow is founder of Visual Economics and Printing Choice.

How To Write A Novel Using The Snowflake Method Writing a novel is easy. Writing a good novel is hard. That’s just life. Frankly, there are a thousand different people out there who can tell you how to write a novel. In this article, I’d like to share with you what works for me. This page is the most popular one on my web site, and gets over a thousand page views per day, so you can guess that a lot of people find it useful. Good fiction doesn’t just happen, it is designed. For a number of years, I was a software architect designing large software projects. I claim that that’s how you design a novel — you start small, then build stuff up until it looks like a story. If you’re like most people, you spend a long time thinking about your novel before you ever start writing. But before you start writing, you need to get organized. Step 1) Take an hour and write a one-sentence summary of your novel. When you later write your book proposal, this sentence should appear very early in the proposal. Some hints on what makes a good sentence:

Says-It.com Winnie-the-Pooh Characters & Their Mental Disorders After reading this list of mental disorders that each character in the well known children’s books, Winnie the Pooh, could potentially suffer from, you will never look at that silly old bear the same way again. Winnie the Pooh: The Canadian Medical Association wrote an article that diagnosed Pooh with the following disorders; 1. Impulsivity with obsessive fixations. Pooh is obsessed with honey and will do what ever it takes, putting himself and his friends at risk to get it. 2. A strain of this disorder, inattentive subtype is when a person shows careless and indifferent behaviour towards his peers. 3. Pooh likes to count, A lot. Piglet: Generalized Anxiety Disorder. Piglet is an extreme worrier. His irrational anxiety causes him to suffer from a distinct stuttering speech impediment. Owl: Dyslexia. Even though Owl is the most intelligent of all the characters he still suffers from dyslexia. Tigger: Attention Deficit Hyperactivity Disorder. Kanga Roo: Social Anxiety Disorder. Rabbit: Eeyore: