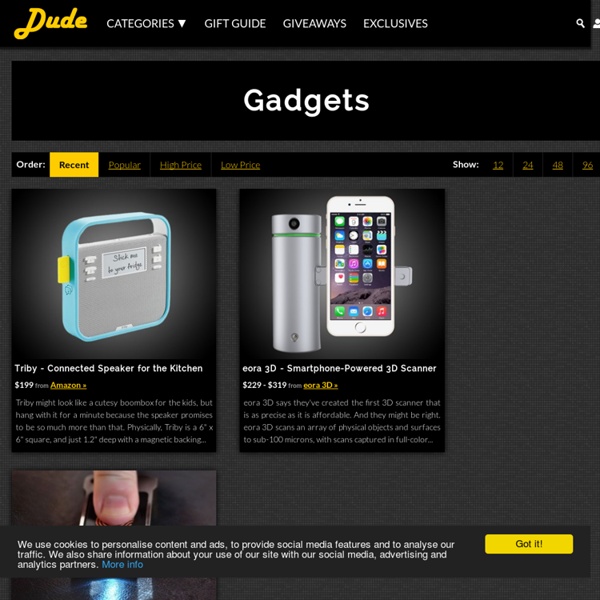 Sociable Robot by Nicolas Myers & Yanko Design Update your Facebook with a Pile of Ooze Sometimes you just want to sit back and interact with a gelatinous black liquid on your desk. And of course, when you do, you want it to update your Facebook. Yes. That is what this goo does. Designer Nicolas Myers gives you some background: Social networks, such as Facebook or Myspace, are a reality people using Internet can’t avoid. And then he goes ahead and goos up your social life: Our project offers an indirect way to deal with these problems. This reminds me of a game called Progress Quest, a game in which your only interaction with the character, storyline, or anything else, is turning the game on. By the way, this project is called Sociable Robot. Designer: Nicolas Myers 2920, Evening Star (v12) Editor's note: In the game, the dates of Book 12 are all written "Sun's Dusk" and not "Evening Star," even though the title is entirely correct. UESP has corrected this flagrant typographic error at the cost of modifying the original. 1 Evening Star, 2920 Balmora, Morrowind “How are you feeling, goddess?” “Like I've been asleep for a very long time,” said Almalexia. “So you have. Vivec rose with a start, and seeing Almalexia alive and awake, his face broke into a wide grin. Almalexia's peaceful repose suddenly snapped: “Sotha Sil --” “He's alive and well,” replied Vivec. The castellan appeared in the doorway. “Messenger?” “I was to go and sign a truce with the Emperor on the sixth, so I sent him word that it had to be postponed.” “You can't do me any good here,” said Almalexia, pulling herself up with effort. “Are you certain you don't need me here?” “I know that Morrowind needs you more.” 6 Evening Star, 2920 The Imperial City, Cyrodiil “The messenger gave his letter to my mistress?”