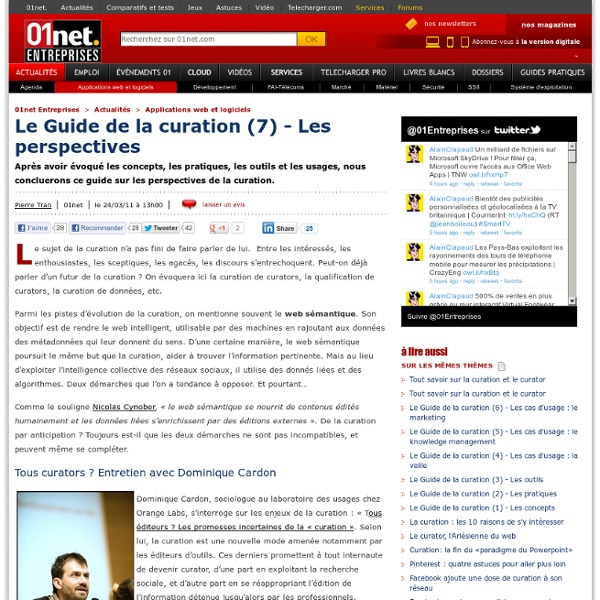 Consensus reality Consensus reality[1][2] is that which is generally agreed to be reality, based on a consensus view. The difficulty with the question stems from the concern that human beings do not in fact fully understand or agree upon the nature of knowledge or ontology, and therefore it is not possible to be certain beyond doubt what is real.[3][4] Accordingly, this line of logic concludes, we cannot in fact be sure beyond doubt about the nature of reality. We can, however, seek to obtain some form of consensus, with others, of what is real. We can use this consensus as a pragmatic guide, either on the assumption that it seems to approximate some kind of valid reality, or simply because it is more "practical" than perceived alternatives. Throughout history this has also raised a social question: "What shall we make of those who do not agree with consensus realities of others, or of the society they live in?" General discussion[edit]

Introduction What is Arduino? Arduino is a tool for making computers that can sense and control more of the physical world than your desktop computer. It's an open-source physical computing platform based on a simple microcontroller board, and a development environment for writing software for the board. Arduino can be used to develop interactive objects, taking inputs from a variety of switches or sensors, and controlling a variety of lights, motors, and other physical outputs. Arduino projects can be stand-alone, or they can communicate with software running on your computer (e.g.

What?s a Content Curator? Rohit Bhargava, blogger at the Influential Marketing Blog and author of Personality Not Included: Why Companies Lose Their Authenticity And How Great Brands Get it Back , just posted Manifesto For The Content Curator: The Next Big Social Media Job Of The Future? You should go read it. Rohit explains that a “Content Curator is someone who continually finds, groups, organizes and shares the best and most relevant content on a specific issue online.” Richard Dawkins talks atheism, proof and science Penn students, Philadelphia residents and even one brave soul who flew in from Atlanta, Ga. crowded into Irvine Auditorium last night to hear a polarizing figure speak. Richard Dawkins — evolutionary biologist and former Oxford University professor — addressed a crowd of about 1,500 with a lecture titled “Proof, Science and Skepticism” for the Philomathean Society’s Annual Oration, in celebration of the group’s 200th anniversary. In honor of Dawkins’ contributions to his field, he was awarded the University of Pennsylvania Museum of Archaeology and Anthropology’s Wilton Krogman Award. He is the fourth recipient of this award, joining the ranks of such distinguished researchers as Donald Johanson, who discovered the 3.2 million year-old hominid fossil “Lucy.” Dawkins’ oration, however, focused primarily on a chapter of his new book, “The Magic of Reality: How We Know What’s Really True,” titled “Why Bad Things Happen.”

The Art Of Storytelling » Tell A Story Get inspired by featured artwork from the Delaware Art Museum and write a story through the interactive Tell a Story activity. Look through the images below for a brief introduction on how this activity works, or click on the link below to begin telling your story. Launch the Tell a Story Activity 1) Choose an inspirational work of art Capacity building for social change in complex environments (1) (Re)-introduction to the blog Over the next few months I will be blogging about some of the findings from my PhD research, which I recently completed (full dissertation can be downloaded from here: This initial post is meant to frame my overall research so that the subsequent posts will make more sense. My research attempted to contribute to an area that is virtually absent in capacity-building literature: capacity-building methodology that is relevant and meaningful in supporting organizations working for social change in complex environments (also see: Essentially, I was looking for ways to develop methods and broader organizational strengthening approaches that took into account the complexity of real life social change situations that organizations in international development face. Some of my motivations for the research My dissertation explores ways in which “capacity-building” might contribute to processes of social change in complex environments. Core assumptions and methodology

Secrets of the Creative Brain As a psychiatrist and neuroscientist who studies creativity, I’ve had the pleasure of working with many gifted and high-profile subjects over the years, but Kurt Vonnegut—dear, funny, eccentric, lovable, tormented Kurt Vonnegut—will always be one of my favorites. Kurt was a faculty member at the Iowa Writers’ Workshop in the 1960s, and participated in the first big study I did as a member of the university’s psychiatry department. I was examining the anecdotal link between creativity and mental illness, and Kurt was an excellent case study.