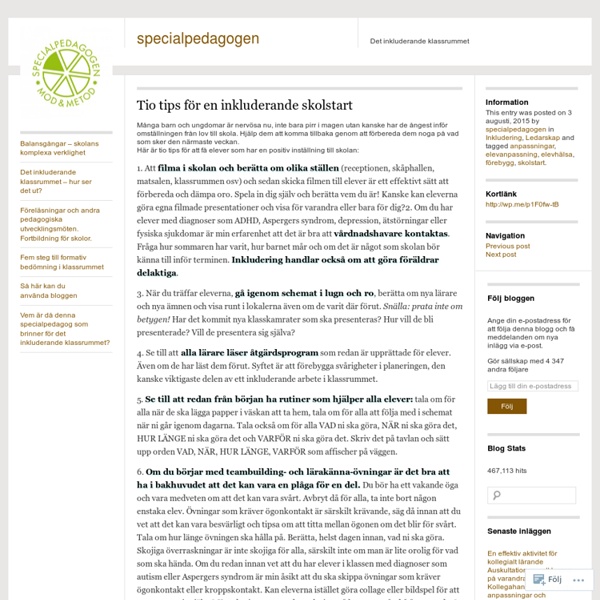 6 ways to teach growth mindset from day one of school Imagine if your new class this fall was full of students who would: Be willing to try new thingsStick with hard tasks and not give upPush themselves to do their best work, not just what’s “good enough”Believe in themselves and their own ability to learn Here’s the great news–these are traits that we can help develop in our students by teaching them about how their brains work. Many students enter our classrooms believing they’re either smart or not smart, good at reading or math, or not good in those areas. This belief that our basic qualities like intelligence and talents can’t be changed is called a fixed mindset. Often our students figure: Why bother trying at something that’s hard for me? From Visible Thinking Routines to 5 Modern Learning Routines I have been a fan of Visible Thinking Routines which were developed by Project Zero from Havard, for a while now. I have used these routines with students, as blogging routines and in professional development workshops. The Visible Thinking Routines website explains that: Routines exist in all classrooms; they are the patterns by which we operate and go about the job of learning and working together in a classroom environment. A routine can be thought of as any procedure, process, or pattern of action that is used repeatedly to manage and facilitate the accomplishment of specific goals or tasks.[…] Classrooms also have routines that structure the way students go about the process of learning As I am trying to make 21st century, modern, contemporary or “now” learning visible, it seemed a natural step to point out “Modern” or “Now” Learning Routines.

The Best Resources For Learning How To Use The Dictogloss Strategy With English Language Learners Dictogloss is primarily a listening and writing activity used with English Language Learners. It can certainly be done a number of different ways but, very simply-put, the teacher reads a short text, often one students are familiar with. Then, after the first time of just listening, the teacher reads it again and students write down notes of what they have heard.

Photos of Children From Around the World With Their Most Prized Possessions Chiwa – Mchinji, Malawi Shot over a period of 18 months, Italian photographer Gabriele Galimberti‘s project Toy Stories compiles photos of children from around the world with their prized possesions—their toys. Galimberti explores the universality of being a kid amidst the diversity of the countless corners of the world, saying, “at their age, they are pretty all much the same; they just want to play.” But it’s how they play that seemed to differ from country to country. Galimberti found that children in richer countries were more possessive with their toys and that it took time before they allowed him to play with them (which is what he would do pre-shoot before arranging the toys), whereas in poorer countries he found it much easier to quickly interact, even if there were just two or three toys between them.

12 Useful Math Hacks That They Didn’t Teach You In School 6. How To Figure Out What Day Of The Week Falls On What Date… You might be confused looking at the picture below, but the math is actually quite simple (albeit a bit elaborate). You’ll need the codes HERE, which will help you master this. July simply has a code of 5. 20th is 6 because 7 goes into 20 twice, which is 14. 20 – 14 = 6. 2069 is 2 because the leap year code of 2068 is 1 and 2069 is 1 year after, so that’s 2. The math can be difficult at first because there are a lot of codes, but it works out incredibly well once you pick it up.

10 Back-To-School Tips For Teachers Using Google Docs 10 Back-To-School Tips For Teachers Using Google Docs by Google Collaborate with colleagues Feast Your Eyes on This Beautiful Linguistic Family Tree 552K 18.4KShare337 When linguists talk about the historical relationship between languages, they use a tree metaphor. An ancient source (say, Indo-European) has various branches (e.g., Romance, Germanic), which themselves have branches (West Germanic, North Germanic), which feed into specific languages (Swedish, Danish, Norwegian). Lessons on language families are often illustrated with a simple tree diagram that has all the information but lacks imagination.

25 Of The Most Dangerous And Unusual Journeys To School In The World To the delight (or dismay) of millions, the school season is beginning in many countries throughout the world. But it’s important not to forget that, in some parts of the world, school can be a hard-won luxury. Many children throughout the world have to take the most incredible and unimaginable routes in order to receive the education that some of us may take for granted. This list we collected will show you just how determined some children can be when it comes to getting an education. Show Full Text Establishing the ground rules But, no one is born knowing all the ‘tricks of the trade’ and most teachers learn the hard way, by their mistakes! Most of us (I hope!) can remember feeling completely out of their depth in a classroom situation at some point in their teaching careers. For example, in my first year of teaching, a particularly ‘lively’ group of ten and eleven year olds managed to lock me outside of the class; it was a very steep learning curve! I can still remember feeling my heart racing as the panic increased.

YouTube Create beautiful movies on the go Capture the momentStitch together an unlimited number of clips as you build your story. Start recording in a snap Record as many clips as you’d like Edit on the goEasily trim and rearrange clips right from your phone, and add a soundtrack from your music collection or Capture’s audio library. Edit your video on the go Enhance your video by adding a soundtrack Share your movieQuickly upload your video to YouTube and in one step, simultaneously post to all of your social networks.