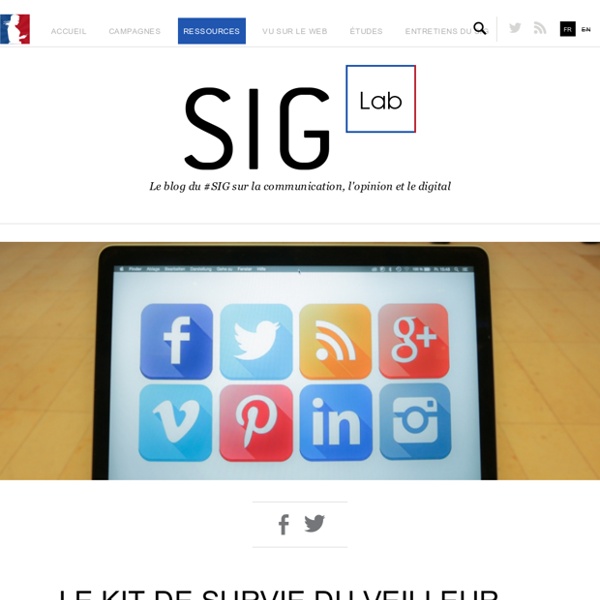 4 apps that will revolutionise how you schedule meetings and appointments - Executive Partnerships Spending too many hours in long, boring, and unproductive meetings is a common office complaint. The only thing worse than meetings, however, is the nuisance of scheduling and planning them. The tedious back and forth communication and processes — comparing calendars to find a time suitable for all participants, finding the best place to meet, making sure everyone has the correct calendar invitation — can severely dent your productivity. Exploring the 7 Different Types of Data Stories What makes a story truly data-driven? For one, the numbers aren’t caged in a sidebar graph. Instead, the data helps drive the narrative. Data can help narrate as many types of stories as there are angles. My colleague Ben Jones of Tableau Public inspired me to think of data stories as seven different types (à la Christopher Booker’s seven basic story plots).

About The greatest value of a picture is when it forces us to notice what we never expected to see.—John W. Tukey. Creative Spaces Stories of innovation and discovery emphasize the freedom enjoyed by their central heroes. According to the mythology, inventors and discoverers accomplished greatness because they were unhampered by circumstance or psychology. Using the freedom metaphor plays up (unfairly, I believe) the lack of constraint in these retconned stories of creativity. We like to celebrate “freedom” because in interpreting their stories, we see innovators being true to themselves. They get to be exactly who they are.

1,150 Free Movies Online: Great Classics, Indies, Noir, Westerns Advertisment Watch 1,150 movies free online. Includes classics, indies, film noir, documentaries and other films, created by some of our greatest actors, actresses and directors. The collection is divided into the following categories: Comedy & Drama; Film Noir, Horror & Hitchcock; Westerns (many with John Wayne); Martial Arts Movies; Silent Films; Documentaries, and Animation. We also have special collections of Oscar Winning Movies and Films by Andrei Tarkovsky and Charlie Chaplin. Free Comedy & Dramas The 14 Best Data Visualization Tools Nishith Sharma is the co-founder of frrole, a social intelligence startup. Raw data is boring and it’s difficult to make sense of it in its natural form. Add visualization to it and you get something that everybody can easily digest. Not only you can make sense of it faster, but you can also observe interesting patterns that wouldn’t be apparent from looking only at stats. All Killer, No Filler