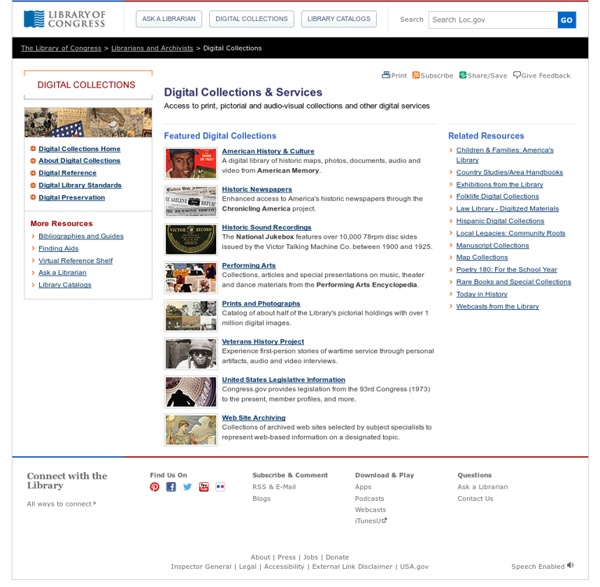 CIA Releases Declassified Documents to National Archives The Office of Public Affairs (OPA) is the single point of contact for all inquiries about the Central Intelligence Agency (CIA). We read every letter, fax, or e-mail we receive, and we will convey your comments to CIA officials outside OPA as appropriate. However, with limited staff and resources, we simply cannot respond to all who write to us. Contact Information Submit questions or comments online By postal mail: Central Intelligence Agency Office of Public Affairs Washington, D.C. 20505 New York Public Library Puts 20,000 Hi-Res Maps Online & Makes Them Free to Download and Use When I was a kid, my father brought home from I know not where an enormous collection of National Geographic magazines spanning the years 1917 to 1985. I found, tucked in almost every issue, one of the magazine’s gorgeous maps—of the Moon, St. Petersburg, the Himalayas, Eastern Europe’s ever-shifting boundaries. I became a cartography enthusiast and geographical sponge, poring over them for years just for the sheer enjoyment of it, a pleasure that remains with me today. Whether you’re like me and simply love the imaginative exercise of tracing a map’s lines and contours and absorbing information, or you love to do that and you get paid for it, you’ll find innumerable ways to spend your time on the new Open Access Maps project at the New York Public Library. The NYPL announces the release with the explanation below:

Knowledge Map - Johns Hopkins Institute for Education Policy In partnership with The “Knowledge Gap” Research shows that students’ reading levels – especially from fifth grade onwards – are linked to their background knowledge about specific subjects. More affluent students succeed on skills-based ELA assessments, not because they are better at “finding the main idea,” but because they are far more likely to know more about the subject matter discussed. International research shows the same: most democracies around the world require schools to teach a common body of knowledge and a comprehensive, content-rich curriculum. To put it simply, knowledge matters, and research compels us to focus on addressing the “knowledge gap” if we want to close persistent achievement gaps among American students.

Philosophy of perception Do we see what is really there? The two areas of the image marked A and B, and the rectangle connecting them, are all of the same shade: our eyes automatically "correct" for the shadow of the cylinder. The philosophy of perception is concerned with the nature of perceptual experience and the status of perceptual data, in particular how they relate to beliefs about, or knowledge of, the world.[1] Any explicit account of perception requires a commitment to one of a variety of ontological or metaphysical views. Categories of perception[edit] We may categorize perception as internal or external. Internal perception (proprioception) tells us what is going on in our bodies; where our limbs are, whether we are sitting or standing, whether we are depressed, hungry, tired and so forth.External or Sensory perception (exteroception), tells us about the world outside our bodies.

Download 448 Free Art Books from The Metropolitan Museum of Art You could pay $118 on Amazon for the Metropolitan Museum of Art’s catalog The Art of Illumination: The Limbourg Brothers and the Belles Heures of Jean de France, Duc de Berry. Or you could pay $0 to download it at MetPublications, the site offering “five decades of Met Museum publications on art history available to read, download, and/or search for free.” If that strikes you as an obvious choice, prepare to spend some serious time browsing MetPublications’ collection of free art books and catalogs. You may remember that we featured the site a few years ago, back when it offered 397 whole books free for the reading, including American Impressionism and Realism: The Painting of Modern Life, 1885–1915; Leonardo da Vinci: Anatomical Drawings from the Royal Library; and Wisdom Embodied: Chinese Buddhist and Daoist Sculpture in The Metropolitan Museum of Art. Related Content:

Google expands IT certificate program to 100 community colleges Google’s foray into education and workforce development is expanding, with the announcement that the company's IT support professional certificate program will now be offered at 100 community colleges over the course of the year, up from the original 30. The program is an online course, designed by Google and hosted on Coursera, meant to teach the basics of IT support, with the goal of preparing learners for a job. In promotional materials Google says the creation of the course in January 2018 was catalyzed when the company could not fill its many open IT support roles.

TOPIX Tokyo Stock Price Index (東証株価指数?), commonly known as TOPIX, along with the Nikkei 225, is an important stock market index for the Tokyo Stock Exchange (TSE) in Japan, tracking all domestic companies of the exchange's First Section. It is calculated and published by the TSE. Integrated Media Pro: Online Social Exposure - 24-7 Press Release Our most popular package is suitable for any size business. Your news is sent to newspapers, magazines, journalists, bloggers & consumers. Highlights: Send to our database of 3000+ US newspapers and 1500+ magazines News release can appear on search engines Google, Bing & Yahoo Your news is sent to 200+ premium news sites Your news appears on 24-7 Newswire industry news sites Your news is sent to the Associated Press (includes USA Today, New York Times, Wall Street Journal and AP Exchange for 30,000+ journalists access) Your news is made available to journalists and bloggers through our Media Desk Your news appears through RSS and News Widget feeds

The Guggenheim Puts 109 Free Modern Art Books Online Back in January, 2012, we mentioned that the Guggenheim (the Frank Lloyd Wright-designed modern art museum in NYC) had put 65 art catalogues on the web, all free of charge. We’re happy to report that, between then and now, the number of free texts has grown to 109. Published between 1937 and 1999, the art books/catalogues offer an intellectual and visual introduction to the work of Alexander Calder, Edvard Munch, Francis Bacon, Gustav Klimt & Egon Schiele, Fernand Léger, and Kandinsky. Plus there are other texts (e.g., Masterpieces of Modern Art and Abstract Expressionists Imagists) that tackle meta movements and themes. Anyone interested in the history of the Guggenheim will want to spend time with a collection called “The Syllabus.”

Arizona State sees some early adaptive courseware success Arizona State University’s College Algebra classes have looked a little different these past few years. If you entered a classroom in the fall of 2015, you’d likely find 100 to 140 students listening to the professor lecture. Today, walking into an algebra classroom, you’d see those same 100 students all on their computers, with a professor and five undergraduate assistants roaming the class to give personalized help. The experiment, an implementation of the adaptive courseware model ALEKS, has paid off, administrators say. The rate of students who achieve a C or higher in College Algebra, which was 57 percent in 2015, is now up to 79 percent.

Can I Learn to Read Faster and Get Through My Backlog of Books? Advice on how to read faster is all good and well, BUT: 1) Why does everything have to happen FASTER FASTER FASTER and why do you think you need to read MORE MORE MORE? It's not about quantity, but about quality. If you read good books, you're not done by the time you get to the last page. Download & Streaming : Audio Archive Listen to free audio books and poetry recordings! This library of audio books and poetry features digital recordings and MP3's from the Naropa Poetics Audio Archive, LibriVox, Project Gutenberg, Maria Lectrix, and Internet Archive users. LibriVox - founded in 2005 - is a community of volunteers from all over the world who record public domain texts: poetry, short stories, whole books, even dramatic works, in many different languages.

Download Original Bauhaus Books & Journals for Free: Gropius, Klee, Kandinsky, Moholy-Nagy & More In 1919, German architect Walter Gropius founded Bauhaus, the most influential art school of the 20th century. Bauhaus defined modernist design and radically changed our relationship with everyday objects. Gropius wrote in his manifesto Programm des Staatlichen Bauhauses Weimar that “There is no essential difference between the artist and the artisan.”