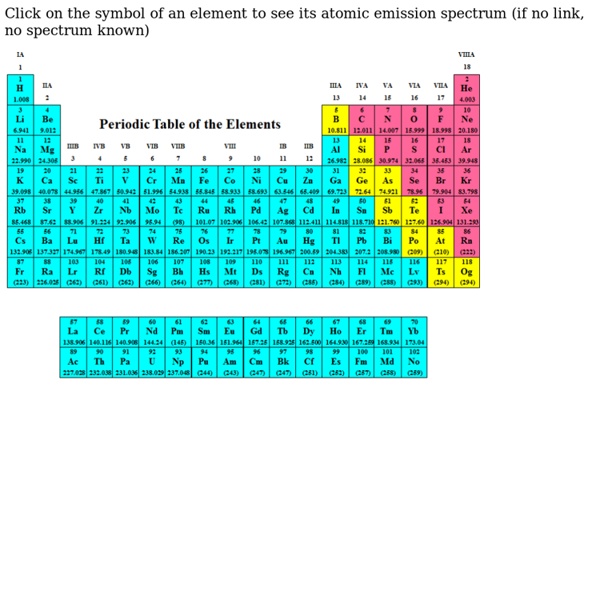 Science, Optics and You Table of Contents Science, Optics and You is a science curriculum package being developed for teachers, students, and parents. These activities are designed to promote the asking and answering of questions related to light, color, and optics. The program begins with basic information about lenses, shadows, prisms, and color, leading up to the use of sophisticated instruments scientists use to help them understand the world. The goal of Science, Optics and You is for students to acquire the skills with which they can do microscopic analysis of a variety of samples in multiple ways. Timeline in Optics - A summary of important events in optics, microscopy, astronomy, and the physics of light and color. Pioneers in Optics - Since the early days in Alexandria when Euclid described the laws of reflection in Optica, the science of optics has fascinated and challenged society's most brilliant minds. Questions or comments?

The Blog of Phyz: Jearl Walker's Kinetic Karnival All six 30-minute episodes of Jearl Walker's classic television series, the Emmy-winning Kinetic Karnival, are available online at Walker's MySpace page. I recommend watching them before showing them in class, although I'm sure you'd do that anyway. There are a few brief moments that sensitive educators might find objectionable. Most of us find ways to work around such trivialities, but it's always best to be aware. I developed video question sets for episodes 1, 2, 3, and 5. Here's a one-stop collection of Kinetic Karnival links for your convenience. 1. 2. 3. 4. 5. 6.

The World's Darkest Substance: Vantablack | The Science Explorer What would you do if you were unable to see something that is right it front of you? No, you are not visually impaired, but you might be looking at a substance called Vantablack. This material is so black that it simply cannot be seen by the human eye. Our vision works by picking up reflected photons (light) from objects around us, which provides our brains with the source to construct the world we see. The substance Vantablack, however absorbs 99.9% of all light that strikes the substance. Therefore no photons are being reflected for our vision to pick up, which is why we are unable to see the substance. Our brains try to make sense of the situation, shading colors of other materials and objects around the Vantablack substance, and trying to provide us with something to observe. Check out this video by Nikola Slavkovic on Vantablack:

Bending Light - Index of Refraction, Light, Snell's Law - PhET Topics Snell's Law Refraction Reflection Optics Prisms Lenses Light Description Explore bending of light between two media with different indices of refraction. See how changing from air to water to glass changes the bending angle. Sample Learning Goals Explain how light bends at the interface between two media and what determines the angle.Apply Snell’s law to a laser beam incident on the interface between media.Describe how the speed and wavelength of light changes in different media.Describe the effect of changing wavelength on the angle of refraction.Explain how a prism creates a rainbow. Version 1.1.20 The new HTML5 sims can run on iPads and Chromebooks, as well as PC, Mac, and Linux systems. iPad: iOS 12+ SafariiPad compatible sims Android: Not officially supported. Chromebook: Latest version of Google Chrome The HTML5 and Flash PhET sims are supported on all Chromebooks.Chromebook compatible sims Macintosh Systems:macOS 10.9.5+, Safari 9+, latest version of Chrome.

Investigation Roadmaps - Motion Introduction STC Motion and Design is a 15-lesson kit intended for students in grade 5. It introduces students to the physics of motion and the importance of technological design. Big Ideas This kit is focused on both science content ideas and science process skills. Force as a push or pull More… Foundational Images Along with a variety of drawings, sketches, and multiviews, three of our foundational images are used in conjunction with the STC Motion and Design kit: Vectors , Particles and the Magnifier tool. To get a better idea of how some of these foundational images can be used in the classroom, refer to the Motion and Design roadmap below. Welcome to Color Matters - Table of Contents