Top 10 Ways to Teach Yourself to Code 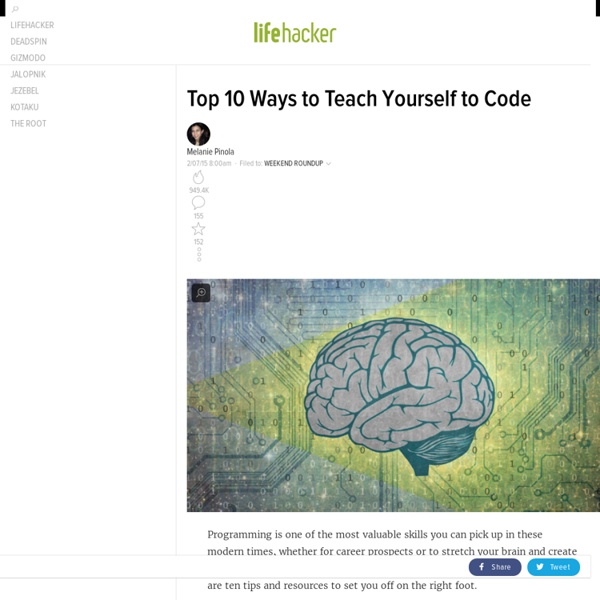 How Did Marijuana Become Illegal in the First Place? In less than a week a number of states will decide the fate of legalized or medical marijuana. While progress has been a long time coming locally there has been no sign marijuana will budge from its Schedule 1 status federally, which means that research into the plant’s therapeutic efficacy continues to suffer. It also means that the feds will keep intervening with state’s rights when they so choose. Computer History John Kopplin © 2002 Just a few years after Pascal, the German Gottfried Wilhelm Leibniz (co-inventor with Newton of calculus) managed to build a four-function (addition, subtraction, multiplication, and division) calculator that he called the stepped reckoner because, instead of gears, it employed fluted drums having ten flutes arranged around their circumference in a stair-step fashion. Although the stepped reckoner employed the decimal number system (each drum had 10 flutes), Leibniz was the first to advocate use of the binary number system which is fundamental to the operation of modern computers. Leibniz is considered one of the greatest of the philosophers but he died poor and alone.

Gray code at the pediatrician's office Gray code at the pediatrician's office Last week we took Iris to the pediatrician for a checkup, during which they weighed, measured, and inoculated her. The measuring device, which I later learned is called a stadiometer, had a bracket on a slider that went up and down on a post. 5 Ways Teachers Are Fighting Fake News : NPR Ed Students in Scott Bedley's fifth-grade class at Plaza Vista School in Irvine, Calif., play a version of "Simon Says" with fake news. Courtesy of Scott Bedley hide caption toggle caption Courtesy of Scott Bedley 35 Inspiring Color Palettes from Master Painters Putting together a great color palette for your design work can be one of the most challenging aspects of any project. And many times, color palettes are built from some source of inspiration. So why not be inspired by some of history’s greatest master artists?

Embedded system An embedded system is a computer system with a dedicated function within a larger mechanical or electrical system, often with real-time computing constraints.[1][2] It is embedded as part of a complete device often including hardware and mechanical parts. By contrast, a general-purpose computer, such as a personal computer (PC), is designed to be flexible and to meet a wide range of end-user needs. Embedded systems control many devices in common use today.[3] Modern embedded systems are often based on microcontrollers (i.e CPUs with integrated memory and/or peripheral interfaces)[4] but ordinary microprocessors (using external chips for memory and peripheral interface circuits) are also still common, especially in more complex systems.

Dana Schutz’s “Open Casket”: A Fraught Painting Sparks Fraught Calls for Its Destruction An art world controversy widely reported over the last week has rekindled the debate about left-wing-advocated censorship. Dana Schutz’s painting “Open Casket” — which depicts Emmett Till, the Mississippi teenager lynched in 1955 — has been met with heated protest, with calls not only for its removal from the Whitney Museum’s 2017 Biennial, but also for its destruction. The most prominent call to destroy the painting came from artist Hannah Black, who wrote a widely publicized open letter calling for the painting to be “removed, destroyed, and not entered into any market or museum.” The vehemence of the demand is specific to the hideous weight of the painting’s subject, but it also represents the sticky logical conclusion of current discursive trends.

Embedded Systems Glossary A/D converter (ay to dee converter) n. A hardware device that reads an analog signal—typically a voltage—compares it to a reference signal, and converts the resulting percentage to a digital value. Short for analog-to-digital converter. Abbreviated ADC. Heretics! And the dangerous beginnings of modern science in glorious graphic detail DW: A major theme, I found, in your book "Heretics!" was thinking differently. It's an illustrated, graphic, history of philosophers and the early scientists and the risks many of them faced because they dared to think differently. And it starts with a very stark image of a philosopher being burnt, having been sentenced to death.