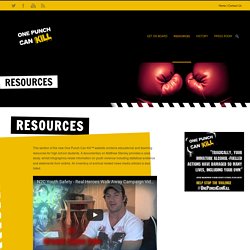 A documentary on Matthew Stanley provides a case study, whilst infographics relate information on youth violence including statistical evidence and statements from victims. An inventory of archival related news media articles is also listed. Download OPCK Stats & Quotes PDF Download News Ltd Infographic Download OPCK for Schools PDF Songs & Recordings OPCK Magazine OPCK Annual Report OPCK Licensed Products Download PDF here News Articles & Resources Queensland Country Musician sings the One Punch can Kill message Mar 23, 2015 - From an early age, Maurice Hardy had a flare for verse and song. Final words of a footy veteran Bruce Steensen killed by fatal punch…Feb 24, 2014 - Patrick faces one count of murder over the death of Bruce Steensen, 53, AFL had already been talking to clubs about the One Punch Can Kill…Read Article… Punch Drunk - Four Corners. Australians love a drink, and some see no problem at all with drinking to excess. 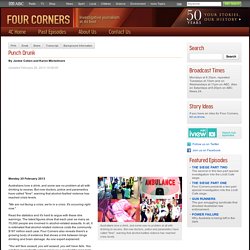 But now doctors, police and paramedics have called "time", warning that alcohol-fuelled violence has reached crisis levels. Matt Damon Loses It and Flips out at Adrian Grenier while filming! Why does no one care when boys fail at school and middle-aged men kill themselves? The second grim finding was that working-class white boys are not only the lowest-attaining of all educational groups, but they are falling further behind than ever. 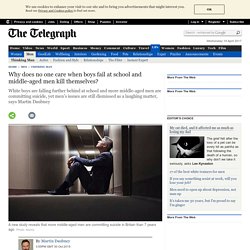 At every educational level, girls now outperform boys, and to our eternal shame impoverished, white boys are faring the worst of all ethnic groups. Just 28.3 per cent of white boys on free school meals achieved at least five GCSEs at A* to C in England in 2012-13. In contrast, Chinese pupils perform exceptionally regardless of wealth, with 76.8 per cent of those on free school meals achieving the GCSE threshold.

Only 26 per cent of white British boys on free school meals gained five A*-C GCSE grades Photo: PA. Teach your Child this Crucial Life Lesson (Challenge #2: Sphere of Control) Understanding Year 9 Students. Kids Spend Less Time Outdoors Than Prisoners. While inmates at maximum security prisons in the U.S. are guaranteed at least 2 hours of outdoor time a day, half of children worldwide spend less than an hour outside, reports TreeHugger.com. 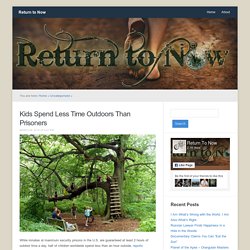 A survey of 12,000 parents in 10 countries found that one-third of children (ages 5 to 12) spend less than 30 minutes outside each day. 20 Things I Want my Children to Know as They Enter Adulthood. What Is Privilege. 4 Qualities That Make A Real Man - mindbodygreen. My goal in writing this post isn’t to sell you my definition of man. 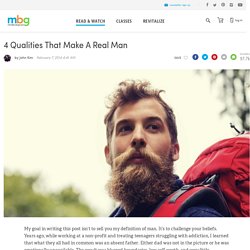 It’s to challenge your beliefs. Years ago, while working at a non-profit and treating teenagers struggling with addiction, I learned that what they all had in common was an absent father. Either dad was not in the picture or he was emotionally unavailable. The result was blurred boundaries, low self worth, and very little awareness. Untitled. Untitled. These Are Photos Of Children's Bedrooms. But They Represent Something Much, Much More.

Millions of people from around the world are currently experiencing very different childhoods. 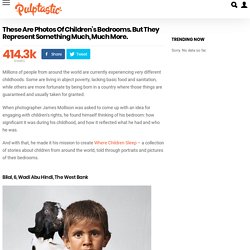 Some are living in abject poverty, lacking basic food and sanitation, while others are more fortunate by being born in a country where those things are guaranteed and usually taken for granted. When photographer James Mollison was asked to come up with an idea for engaging with children’s rights, he found himself thinking of his bedroom: how significant it was during his childhood, and how it reflected what he had and who he was.

And with that, he made it his mission to create Where Children Sleep – a collection of stories about children from around the world, told through portraits and pictures of their bedrooms. Bilal, 6, Wadi Abu Hindi, The West Bank. Sherry Turkle: Connected, but alone? Loneliness Illustrated So Beautifully You Will Need To Tell Someone. New Voices / New Laws - Putting the 'ex' in sexy text by The National Children's and Youth Law Centre on Prezi. What my sons can learn from Mick Fanning - Mouths of Mums. With the images of Mick Fanning’s terrifying shark attack fresh in the world’s eyes, no one can deny the sheer horror of what we witnessed and what will be hard to forget. 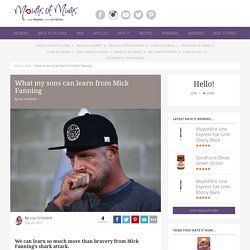 As his manager, Ronnie Blakey said, “I was thinking we’re watching a three-time world champion die. That was the reality of the situation,” he said. “At worst I thought if he isn’t dead maybe he’s lost a limb.” Few of us will ever unsee that footage, nor unhear the screams from the crowds of the beaches, and the frantic voice of the commentator desperate to get help to the two men in the water. But in the aftermath of this terrifying ordeal, shaken, the world watched as this brave man graciously and quietly acknowledged his horror. There are many lessons that boys, young men, and their parents, can learn from his response.

As a man, this deeply concerns me. I... - The Rite Journey with Andrew Lines. Women’s rights in Australia: Some teenagers have shocking attitudes. Warped ... 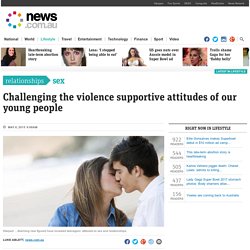 Alarming new figured have revealed teenagers’ attitudes to sex and relationships. We should be worried about our teenagers. The scary facts are that one in six 12-24 year olds think “women should know their place”, and one in three think that ‘exerting control over someone isn’t a form of violence’. These are some of the findings from a survey of over 3000 young men and women, which also found that more than a quarter of young people think “male verbal harassment” and “pressure for sex” toward females are “normal” practices.

When I was growing up, any conversation around sex and relationships with an adult made my skin crawl; awkwardness only begins to describe it, but I’m glad someone took the time to have them with me because they taught me that healthy relationships are based on respect. The truth is that these days parents aren’t talking to their children about relationships and sex, and beyond the basics, it’s not being adequately covered through the education system. Why Teenagers Hit Puberty and Take Dumb Risks - The Atlantic. Why do teenagers do so many stupid things when other teens are around? 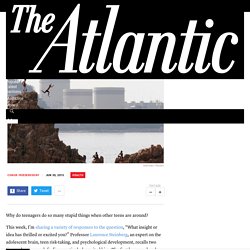 This week, I’m sharing a variety of responses to the question, “What insight or idea has thrilled or excited you?” Professor Laurence Steinberg, an expert on the adolescent brain, teen risk-taking, and psychological development, recalls two times when research findings particularly excited him. The first happened early in his career: I had done my dissertation on the ways in which family relationships change as kids go through puberty. The main finding is that as kids go through puberty, conflict between them and their parents (especially mothers) intensifies. The second example that he related happened more recently, during a series of studies he was doing on the influence of an adolescent’s peers on the risks he or she takes: Adolescents many more risks than either children or adults. Email conor@theatlantic.com to share an idea or insight that has thrilled or excited you. Could You Pass the Bullet Ant Test?