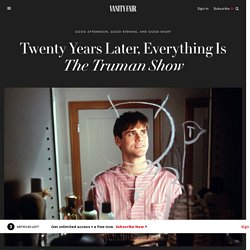 “We would laugh about how unrealistic some of it seemed,” said co-star Laura Linney, remembering conversations the cast and crew would have on the film’s Seaside, Florida set. “We couldn’t quite believe that someone would want to tape themselves, so that people could tune in and watch what was considered at the time to be mundane, and see that as entertainment.” “By no means did I think that this movie was going to be prescient,” agreed Sherry Lansing, who oversaw the production of over 200 films—including The Truman Show—during her tenure as C.E.O. of Paramount.

“That suddenly, we were going to have all these reality shows—the Kardashians, The Real Housewives. When I watch reality television and people who live in front of the camera—there are many now who do—I wonder how much of this is real, how much of it is just because they’re in front of the camera. It wasn’t an easy production. “I was very angry,” said Carrey. El Parlamento Europeo pide explicaciones al Gobierno sobre la manipulación en TVE. 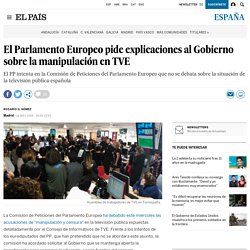 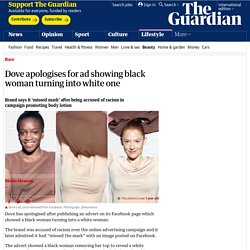 The brand was accused of racism over the online advertising campaign and it later admitted it had “missed the mark” with an image posted on Facebook. The advert showed a black woman removing her top to reveal a white woman underneath supposedly after using Dove body lotion. The white woman then removes her top and turns into a Middle Eastern woman. Habeeb Akande (@Habeeb_Akande)Dove apologised for 'racist' Facebook advert showing a black woman turning white after using @Dove lotion. pic.twitter.com/NGXyhnGuBZOctober 8, 2017 The campaign has since been removed from Facebook but was shared by Naomi Blake, an American makeup artist who goes by the name Naythemua. “So I’m scrolling through Facebook and this is the #dove ad that comes up … ok so what am I looking at,” she wrote as the caption. “We have removed the post and have not published any other related content. Are these the most offensive ads of all time?

The UK's advertising watchdog has released a list of the most complained-about ads of all time. 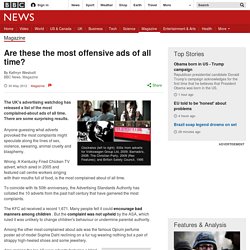 There are some surprising results. Anyone guessing what adverts provoked the most complaints might speculate along the lines of sex, violence, swearing, animal cruelty and blasphemy. Wrong. A Kentucky Fried Chicken TV advert, which aired in 2005 and featured call centre workers singing with their mouths full of food, is the most complained about of all time. To coincide with its 50th anniversary, the Advertising Standards Authority has collated the 10 adverts from the past half century that have garnered the most complaints. The KFC ad received a record 1,671. Among the other most-complained about ads was the famous Opium perfume poster ad of model Sophie Dahl reclining on a fur rug wearing nothing but a pair of strappy high-heeled shoes and some jewellery. But earlier controversial trailblazers are conspicuous by their absence.