Complementary Currency Resource Center. Defining the Next Generation Enterprise for 2014. Many of you know that over the last several years I’ve tried to make the case that most organizations are currently falling behind the advancing pace of technological change. 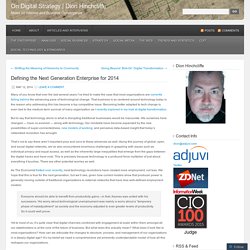 That business is so centered around technology today is the reason why addressing this has become a top competitive issue. Worker Coops and a New Strategy for Labor. Freedom and Democracy at Work. The Engine of Innovation Mindset. EOI Faculty One — Red Monkey Company. Q: Voor welke organisaties is Faculty One interessant? 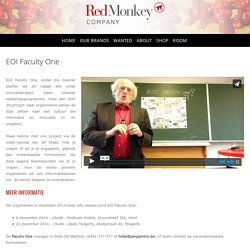 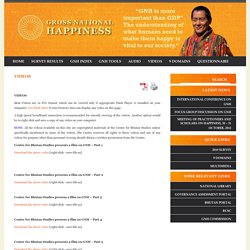 Get Flash Here if your browser does not display any video on this page. A high speed broadband connection is recommended for smooth viewing of the videos. Another option would be to right click and save a copy of any video on your computer. NOTE: All the videos available on this site are copyrighted materials of the Centre for Bhutan Studies unless specifically mentioned in some of the videos. The Centre reserves all rights to these videos and use of any videos for purpose other than personal viewing should obtain a written permission from the Centre. Synthetron - Crowdsourcing Insightful Action. Breaking the Mold: Democracy at Work. Post-capitalism for a new economic system - Marc Luyckx Ghisi. I do Holacracy 1. Story of an experiment that turns out to be something good. 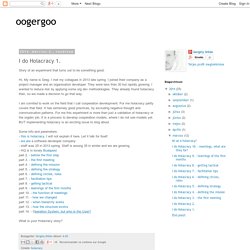 Hi, My name is Greg. I met my collagues in 2013 late spring. I joined their company as a project manager and an organisation developer. They were less than 30 but rapidly growing. I wanted to reduce risk by applying some org dev methodologies. Jack Butler & Chris Cowan on Holacracy, the OS for orgs. Co-operative Marque. Co-operative identity, values & principles. Definition A co-operative is an autonomous association of persons united voluntarily to meet their common economic, social, and cultural needs and aspirations through a jointly-owned and democratically-controlled enterprise. 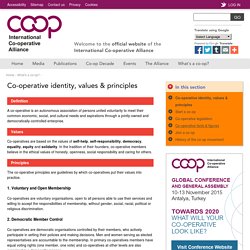 Values Co-operatives are based on the values of self-help, self-responsibility, democracy, equality, equity and solidarity. In the tradition of their founders, co-operative members believe in the ethical values of honesty, openness, social responsibility and caring for others. Principles The co-operative principles are guidelines by which co-operatives put their values into practice. Coopkracht. IGI Partners : L'Excellence en Holacracy® Offerings. Challenges You Face Getting better at collaboration, innovation, learning, and decision makingShifting (or maintaining) culture, mindsets, behaviors, and resultsReducing friction around getting things doneMaking your organization a place where people thrive Your Underlying Questions How do we create a culture of accountability? 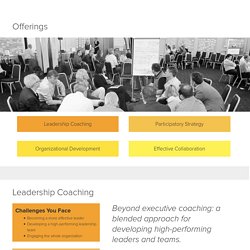 How do we get people to stop being so territorial? To stop hoarding information? Whether you are a multinational company or a 3 person start up, organizational change starts with good leadership. If you aren’t on your own journey to becoming the leaders that the future organization needs, you can’t lead with integrity, won’t inspire others, and definitely aren’t capable of leading by example. Many failed change efforts rely on communications designed to be delivered to employees by leaders. Thomas L. Friedman. History of the world twenty years from now, and they come to the chapter "Y2K to March 2004," what will they say was the most crucial development? 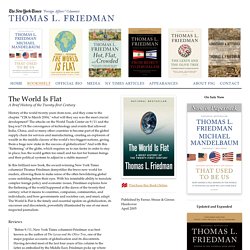 The attacks on the World Trade Center on 9/11 and the Iraq war? Or the convergence of technology and events that allowed India, China, and so many other countries to become part of the global supply chain for services and manufacturing, creating an explosion of wealth in the middle classes of the world's two biggest nations, giving them a huge new stake in the success of globalization? And with this "flattening" of the globe, which requires us to run faster in order to stay in place, has the world gotten too small and too fast for human beings and their political systems to adjust in a stable manner? Reinventing Organizations - Home. Do rents matter to startup hubs. Following yesterday’s post about the factors behind cities like New York, London and San Francisco becoming startup hubs, a friend asked “let me gues — cheap rents?” 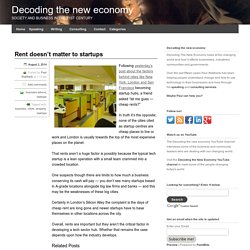 In truth it’s the opposite; none of the cities cited as startup centres are cheap places to live or work and London is usually towards the top of the most expensive places on the planet. That rents aren’t a huge factor is possibly because the typical tech startup is a lean operation with a small team crammed into a crowded location. One suspects though there are limits to how much a business conserving its cash will pay — you don’t see many startups based in A-grade locations alongside big law firms and banks — and this may be the weaknesses of these big cities. Certainly in London’s Silicon Alley the complaint is the days of cheap rent are long gone and newer startups have to base themselves in other locations across the city.

On January 7th, 2015, we will lauch a six-week course called U.Lab: Transforming Business, Society, and Self. 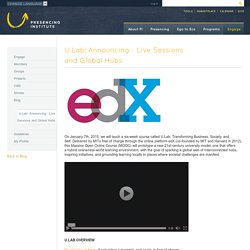 Dec 8, 2014: Shaping a New Narrative for a New Economy. New Economy Coalition. Business Models Beyond Profit - Social Entrepreneurship Lecture. Social Business. A “Partnership App” For Holacracy®-Powered Companies. In a typical top-down management structure, the power to hire and fire employees is generally in the hands of managers. 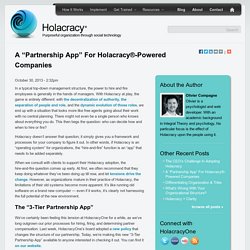 With Holacracy at play, the game is entirely different: with the decentralization of authority, the separation of people and role, and the dynamic evolution of those roles, we end up with a situation that looks more like free agents going about their work with no central planning. There might not even be a single person who knows about everything you do. This then begs the question: who can decide how and when to hire or fire? Holacracy doesn’t answer that question; it simply gives you a framework and processes for your company to figure it out. Social Technology for Purposeful Organization. Spiral Dynamics Integral (SDi) Spiral Dynamics Nederland. Home - Mind and Life Institute. Welkom - Our Common Future 2.0. Pentascope.