Homebrew setup. Root Samsung Galaxy J7 and Install TWRP Recovery. We all know Samsung’s tight grip on the high end smartphone market, with spectacular devices such as the S6 and the S6 Edge which were launched this year, they have really outdone themselves. 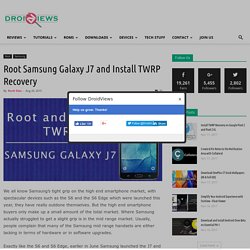 But the high end smartphone buyers only make up a small amount of the total market. Where Samsung actually struggled to get a slight grip is in the mid range market. Usually, people complain that many of the Samsung mid range handsets are either lacking in terms of hardware or in software upgrades. Exactly like the S6 and S6 Edge, earlier in June Samsung launched the J7 and J5. NeuroBytes: Electronic Neuron Simulators by NeuroTinker. Fully inkjet-printed two-dimensional material field-effect heterojunctions for wearable and textile electronics. Whitepaper · dashpay/dash Wiki. Dash: A Privacy-Centric Crypto-Currency Evan Duffield - evan@dash.org Daniel Diaz - daniel@dash.org Abstract. 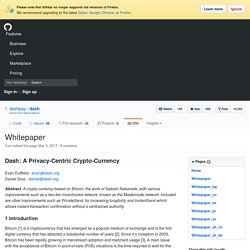 Mergeable nervous systems for robots. Morphology-independent sensorimotor coordination For over 10 years11, 12, we have been developing the basic technologies that are a prerequisite for MNS robots. 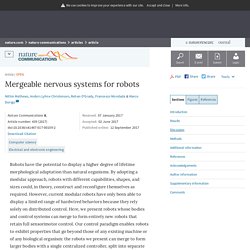 We have developed robotic units that can autonomously form physical connections with each other (Supplementary Fig. 1). Previously, however, each unit was always an independent robot5. While advances have been made in the development of algorithms and hardware that allow modular systems to form collective robot bodies of previously unattainable scales13, the coordination and control paradigms for such robots are constrained to a predefined set of morphologies14.

DIY CRISPR Kt. There is currently ~1 week time till shipment. 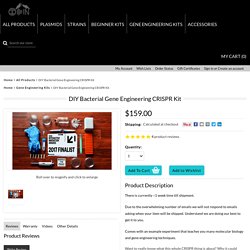 Due to the overwhelming number of emails we will not respond to emails asking when your item will be shipped. Understand we are doing our best to get it to you. Comes with an example experiment that teaches you many molecular biology and gene engineering techniques. Want to really know what this whole CRISPR thing is about? Why it could revolutionize genetic engineering? Hackster. Hello guys! 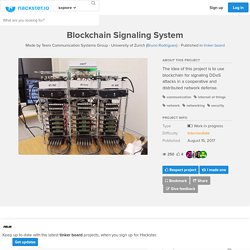 This project is being developed as part of my Ph.D. research to evaluate my proposal through a prototypical experiment. My research is currently focused on developing a novel solution based on blockchain to support the signaling of DDoS attacks across multiple domains in a distributed defense. After an initial prototype implementing different network domains on the same host, the second step was to extend the prototype to a truly distributed approach. At this point came the idea of using these boards to develop the project. Although remaining on a smaller scale, the prototype allows evaluating with a more practical view different aspects of the system (mainly related to performance). Although the software used in project are very specific to my doctoral proposal, I believe that the hardware itself can be used for several other applications. 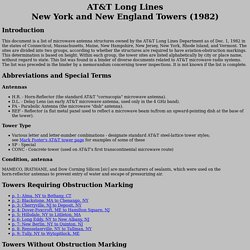 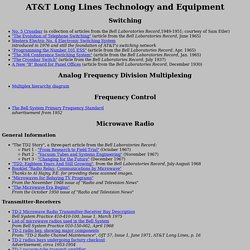 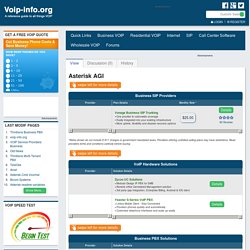 Perl, PHP, C, Pascal, Bourne Shell - it's your choice, really. AGI may control the dial plan, called in extensions.conf. Async AGI Introduced in Asterisk 1.6, allows asynchronous AGI scripting. EAGI gives the application the possibility to access and control the sound channel in addition to interaction with the dial plan. Applications AGI, DeadAGI, and EAGI: Applications to use in extensions.conf FastAGI: Allows running of AGI applications on a remote machine (improves performance for Asterisk) 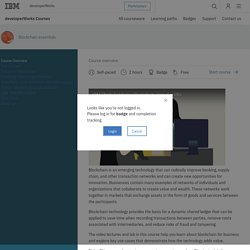 Least Authority. Users do not rely on storage servers to provide confidentiality nor integrity for their data -- instead all of the data is encrypted and integrity-checked by the gateway, so that the servers can neither read nor modify the contents of the files. 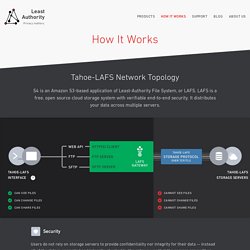 Users do rely on storage servers for availability. A “storage grid” is made up of one or more storage servers. In the case of S4, the grid has one server which is run by Least Authority, and configured to store its data in Amazon Simple Storage Service (S3). A “gateway” uses the storage servers and provides access to the filesystem over HTTP(S), SFTP, or FTP. CubeSat Kit Home. 7 Interesting Parallels Between the Invention of Tiny Satellites and Cloud Computing  Media.ccc.de - 33C3: works for me. Teaching Old Malware New Tricks « Executive Perspective. Cybercriminal Intent: How to Build Your Own Botnet in Less Than 15 Minutes « Executive Perspective. Part Two in a three-part series. Read Part I In my last post, I argued that mature, seemingly tamed malware families such as ZeuS can still do some serious damage.

In this post, I’ll prove it. Numerous technical presentations and articles aimed at security professionals have described various botnet families and detailed their inner workings. What I haven’t seen is a simple, straightforward explanation of how easy building a botnet is and key features available to anyone with a criminal bent and 15 minutes to spare. How to Build a Botnet. Din's Fire: A project to create a decentralized intelligence network — Steemit. 2008 02. ByzPi APT Repo. Sonnet: World's Most Advanced Off-Grid Mobile Mesh Network by Sonnet. Becoming a Pilot. Patent US20160268645 - Lithium starter, jump starter, and deep cycle battery, with solid state ... - Google Patents. [0001] This application is a Continuation-in-part of U.S. patent application Ser. VR Videos Will Be Fun and Simple With Lenovo’s VR180 Camera. Lenovo and Daydream are once again collaborating on a new, pocket-sized virtual reality camera that will make capturing VR pictures, VR video and VR live streaming super simple, built from the ground up to support YouTube’s new VR180 video format.

GrabCAD. Fotogenerator.npocloud. Focus Issue on Quantum Cryptography and Quantum Networking - Quantum Science and Technology. The ability to distribute entanglement over complex quantum networks is an important step towards a quantum internet. Recently, there has been significant theoretical effort, mainly focusing on the distribution of bipartite entanglement via a simple quantum network composed only of bipartite quantum channels. Reality Editor. Theconversation. Sunflare - Let’s Change The World. Prototyping Venice: Derived Data Platform. Distributed Data Systems. Data. Thearea. As part of the AREA’s mission to accelerate the adoption of Enterprise Augmented Reality (AR) by creating a comprehensive ecosystem, we are pleased to share with you the world’s first AR hardware and software functional requirements. Space_1736707. Space_31653889. Space_31653889. Space_15204359. Space_15204359. Space_15204353.