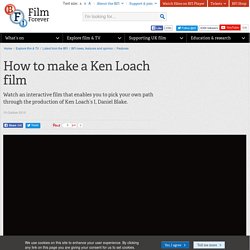 This unique interactive film puts you on set with Ken Loach in production on his latest film, I, Daniel Blake. Throwing us into life on location and during pre-production, it enables you to change the course of your viewing experience by selecting inserts in which Loach and some of his key collaborators – past and present – give fascinating insights into his creative practices. The story of a 59-year-old joiner who faces an uphill struggle when he seeks Employment and Support Allowance after developing a heart condition, I, Daniel Blake won the 2016 Palme d’Or at the Cannes Film Festival. 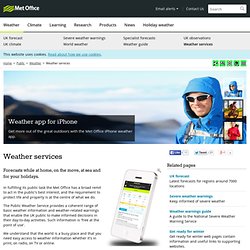 In fulfilling its public task the Met Office has a broad remit to act in the public's best interest, and the requirement to protect life and property is at the centre of what we do. The Public Weather Service provides a coherent range of basic weather information and weather-related warnings that enable the UK public to make informed decisions in their day-to-day activities. Such information is 'free at the point of use'. We understand that the world is a busy place and that you need easy access to weather information whether it's in print, on radio, on TV or online. Now, if you're on the move and need simple forecasts on your mobile, or you're designing a website and want to share the weather with your visitors, we have a solution for you. Met Office Weather. TED. Digg. The Onion. The Daily Mash. Flipboard. Goodreads – Book Recommendations and Reviews. BBC News. iPlayer Radio. Overcast: Podcast Player. 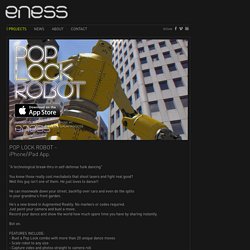 Well this guy isn't one of them. He just loves to dance!! He can moonwalk down your street, backflip over cars and even do the splitsin your grandma's front garden. He’s a new breed in Augmented Reality. Bot on. FEATURES INCLUDE:- Bust a Pop Lock combo with more than 20 unique dance moves- Scale robot to any size- Capture video and photos straight to camera roll- Customize your bots colour- Instantly become more awesome in life Download now IT'S FREE Share your POP LOCK sightings @ facebook.com/poplockrobot THE NUTS AND BOLTS.

The robots orientation is managed by the devices built in accelerometer, gyro and compass.The unique dance styles and movements of the robot were achieved through motion captureof local Australian dance legend John-Carlo Corono. Music by: GALAPAGOOSE Download: PRESS KIT. Sprint - Spritz Powered Speed Reading and Audio Browser. Yellow Submarine. While not strictly applications, some ebooks are so interactive and full of enhanced content that they're just as valid for an App of the Day as any dedicated software. 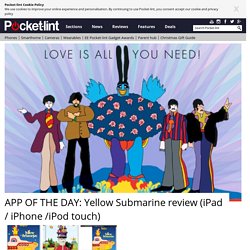 After all, the superb interactive Alice in Wonderland may be classified as an app, but it's as good a children's book as anything offered on Kindle or iBooks. And it is the latter of those ebook applications that we turn to as the host for today's App of the Day, the superb, and now free...