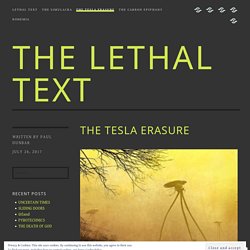 The man who lit and connected the modern world — the creator of the foundational technologies upon which the world we know is built: electrical current, radio transmission, fluorescent lighting, radar, remote control, and a great deal more — was written out of the science and the history books, and his name and work are unfamiliar to most people. Infinite Energy Magazine. Untitled. Climate collapse demands a supply of energy that is far cheaper than fossil fuels, resistant to bad weather and natural disaster, and sustainable in fuel inputs and pollution outputs. 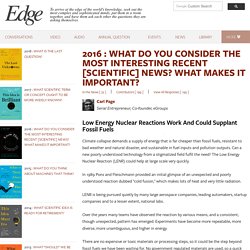 Can a new poorly understood technology from a stigmatized field fulfil the need? The Low Energy Nuclear Reaction (LENR) could help at large scale very quickly. In 1989 Pons and Fleischmann provided an initial glimpse of an unexpected and poorly understood reaction dubbed "cold fusion," which makes lots of heat and very little radiation. LENR is being pursued quietly by many large aerospace companies, leading automakers, startup companies and to a lesser extent, national labs.

Over the years many teams have observed the reaction by various means, and a consistent, though unexpected, pattern has emerged. There are no expensive or toxic materials or processing steps, so it could be the step beyond fossil fuels we have been waiting for. Familiarity with hot fusion led to initial false expectations. Dr. Untitled. Untitled. Cold fusion 3: commercial future and Asia. This is the third and final installment in a three-part series on cold fusion. 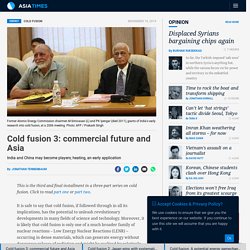 Click to read part one or part two. It is safe to say that cold fusion, if followed through in all its implications, has the potential to unleash revolutionary developments in many fields of science and technology. Moreover, it is likely that cold fusion is only one of a much broader family of nuclear reactions – Low Energy Nuclear Reactions (LENR) – occurring in dense materials, which can generate energy without dangerous release of radiation and might be realized by relatively simple, compact devices. Judging from the ICCF-22 conference and relevant research literature – and disregarding various sensational, but dubious claims that continue to muddy the waters – it is reasonable to expect that the first commercial applications will emerge over the next five to 10 years in the domain of heat generation in the temperature range up to 200° C.

Where Asia stands What happened? What about China? Where Asia stands. COLD FUSION NOW! Cold Fusion and Beyond - Dr. Eugene Mallove. — A library of papers about cold fusion. Brief Introduction to Cold Fusion. Conscious Energies Live Podcast 6: Cold Fusion Researcher Bob Greenyer. COLD FUSION NOW! The Explanation of Low Energy Nuclear Reaction. The search for the Nuclear Active Environment, the set of material conditions that causes LENR is a now a thirty-year pursuit and condensed matter nuclear scientists still debate where exactly the reaction takes place in the material to generate heat and transmutations. 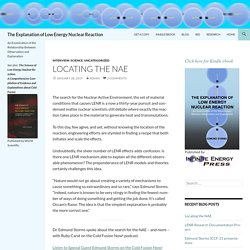 To this day, few agree, and yet, without knowing the location of the reaction, engineering efforts are stymied in finding a recipe that both initiates and scale the effects. Undoubtedly, the sheer number of LENR effects adds confusion. Is there one LENR mechanism able to explain all the different observable phenomenon? The preponderance of LENR models and theories certainly challenges this idea. “Nature would not go about creating a variety of mechanisms to cause something so extraordinary and so rare,” says Edmund Storms. Dr. Alan Smith on Vimeo. Science & Technology - Brillouin Energy // Brillouin Energy. Brillouin Energy is engaged with leading scientists and national labs, to help in its efforts to advance the development of its CECR heat generation process technologies, Isoperibolic (“IPB”) Hydrogen Hot Tube™ (HHT™) reactor systems and industrial prototypes. 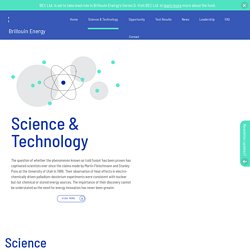 Since 2010, independent engineers, scientists and researchers have confirmed heat effects produced by the company’s CECR process technologies in well over 100 experiments and test reviews, run on an independent basis. This has especially included SRI International. Brillouin began a formal Research Agreement with SRI International in Menlo Park, California in August of 2012, and concluded the Agreement six years later on July 31, 2018, when SRI closed all of its energy research facilities due to changing procurement requirements it has with the U.S. 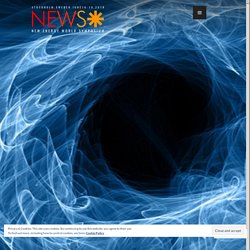 EVO (Exotic Vacuum Object) JiangSobservatio. EVO (Exotic Vacuum Object) Generation Kenneth Shoulders Style. – Electron Clusters Project. As described previously, an EVO or electron cluster is a collection of electrons that has self-organized into a structure that allows for them to exist in close proximity to each other despite their mutual repulsion (like charges naturally push each other away). 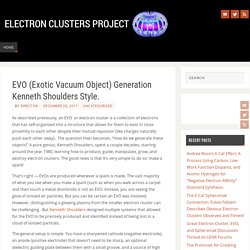 The question then becomes, “How do we generate these objects!” A pure genius, Kenneth Shoulders, spent a couple decades, starting around the year 1980, learning how to produce, guide, manipulate, grow, and destroy electron clusters. The good news is that it’s very simple to do so: make a spark! That’s right — EVOs are produced whenever a spark is made. The vast majority of what you see when you make a spark (such as when you walk across a carpet and then touch a metal doorknob) is not an EVO.

The general setup is simple. Nothing Compares To Being At The Lab Bench - Atom Ecology. But being gone so long I can do whatever I want Nothing compares to you, you lovely Gammas! 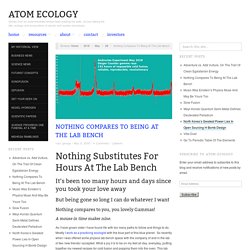 A mouse in time makes nine. As I have grown older I have found life with too many paths to follow and things to do. Mostly I work as a practicing ecologist with the blue part of this blue planet. So recently when I was offered some physics lab bench space with the company of and in the lab of two new friends I accepted. New Energy FAQ. Frequently Asked Questions (FAQ) About New Energy Science and Technology New Energy Foundation This Frequently Asked Questions (FAQ) covers basic queries about New Energy science and developing technologies. 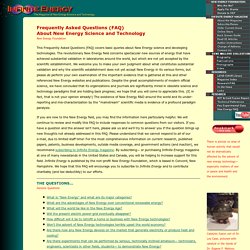 The revolutionary New Energy field concerns spectacular new sources of energy that have achieved substantial validation in laboratories around the world, but which are not yet accepted by the scientific establishment. We welcome you to make your own judgment about what constitutes substantial validation and why the scientific establishment does not yet accept New Energy in its various forms, but please do perform your own examination of the important evidence that is gathered at this and other referenced New Energy websites and publications.

If you are new to the New Energy field, you may find the information here particularly helpful. We will continue to review and modify this FAQ to include responses to common questions from our visitors. THE QUESTIONS... THE ANSWERS... 1. Charge Clusters: The Work of Ken Shoulders by William Zebuhr. Charge Clusters: The Work of Ken Shoulders William Zebuhr Our cover article in this issue is about charge clusters, which are compact groups of electrons. 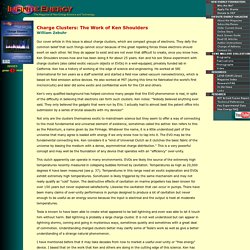 Cold fusion. Diagram of an open-type calorimeter used at the New Hydrogen Energy Institute in Japan Cold fusion is a hypothesized type of nuclear reaction that would occur at, or near, room temperature. Infinite Energy Magazine - Who We Are. What is the New Energy Foundation? The New Energy Foundation (NEF) is a non-profit corporation, formed in late 2002 and based in the State of New Hampshire. It is approved by the IRS as a 501(c)3 non-profit public charity, therefore contributions are tax deductible. The NEF (and its for-profit predecessor, Cold Fusion Technology) was founded by the late Dr. Eugene Mallove who, until his murder in May 2004, was the leading proponent of new energy/new science. Amoco Production Company Research Department COLD FUSION: REPORT ON A RECENT AMOCO EXPERIMENT. Cold Fusion...Works? But I thought it was just hogwash? I guess not. A library of papers about cold fusion.

Youtube. Cold Fusion and the Future. Cold Fusion and the Future Part 1 - Revolutionary Technology by Jed Rothwell (Originally Published January-February, 1997 In Infinite Energy Magazine Issue #12) The heavy hydrogen in the seas can drive all our machines, heat all our cities, for as far ahead as we can imagine. If, as is perfectly possible, we are short of energy two generations from now, it will be through our own incompetence. We will be like Stone Age men freezing to death on top of a coal bed. . . . "In this inconceivably enormous universe, we can never run out of energy or matter. But we can all too easily run out of brains. " — Arthur C. Clarke, Profiles of the Future, Harper & Row, 1963, chapter 12, "Ages of Plenty" "All the energy we can possibly ever use for free. Energy is the most abundant resource in the universe. I do not see the energy crisis as a purely moral issue. Pollution is misplaced resources. 2017 The End Of The Beginning - New Energy Breakout - Atom Ecology.

One of the early pioneers of the sina qua non of alternative new energy, ‘cold fusion’, now shines making brilliant progress on imminent delivery of colossal amounts of low cost energy. Fossil Fuel/Fool ‘Gaslight’ Efforts Fail Randy Mills, one of the early pioneers presenting his ‘garage’ experiments at physics conferences on the new energy of cold fusion is today, the 1st. day of 2017, featured in a lengthy CNN news report. On CNN he promises large scale deployment of his ‘SunCell’ energy machines beginning this year. It would seem the scores of millions of investment dollars lavished on his R&D work by Wall Street in the past couple of years has paid off, even though Randy persists in avoiding the moniker of cold fusion in favour of his faux fusion fable ‘strange’ matter formation.

While Dr. How fast will today’s carbon fuels become fossils. Dr. Eugene Malllove, MIT: Cold Fusion & Zero Point. Evidence Of Free Energy In The Space All Around Us. Have you ever heard about vacuum energy? Everything in the entire universe, everything that you and I perceive to be solid matter, is actually not matter at all. All the space around us is pure energy which we will call vacuum energy. Not only that, but this vacuum energy is infinitely dense. The reality that you and I have been led to believe in is a lie. The only truly dense thing in this universe is the apparent empty space all around us, and whenever we see objects, hold them, touch them, or otherwise … that is most likely due to a gradient within the infinite density of the vacuum energy which gives off a little oscillation of energy slow enough for our senses to perceive it.

Related Article: Nothing Is Solid & Everything Is Energy – Scientists Explain The World Of Quantum Physics. Damien Duffy. Main Page. LENR News Report on PBS (1991) Free Energy: The Race to Zero Point (2008) Panel Discussion - 2014 Energy Science & Technology Conference. The Pyramids of Egypt were Giant Electric Power Plants (?) Source: harunyahya.com, youtube.com The idea that civilizations progress from a primitive state to a more advanced one is a fallacy that evolutionists try to apply to history.

If one abandons evolutionist nonsense and prejudice, and looks at the historical references and findings with an unbiased mind, what one encounters is civilizations that used highly advanced technologies. Remains left from ancient Egypt, the Mayans and the Sumerians indicate that branches of science such as electricity, electrochemistry, electromagnetics, metallurgy, hydrogeology, medicine, chemistry and physics were used to a considerable extent. Electricity was efficiently generated and widely utilized in ancient Egypt. The Baghdad battery and the first arc lights were used at that time. Tesla The Race to Zero Point Free Energy. Multiple Scientists Confirm The Reality of Free Energy – Here’s The Proof. Posted on April 1st - Working A-F-P Part 2 "Dr Lirpa Sloof" technology exposed!

Posted on April 1st - Expanding Water! The Lirpa Sloof secret to perpetual motion and over-unity! What happens when you collapse an underwater bubble with a soundwave. The Orion Project - The Orion Project's Energy Solutions Plan. During the past two decades, Dr. Steven Greer and his team have extensively researched the most promising inventors and technologies available on the planet today.