The New American Homeless. Once upon a time, mass homelessness did not exist in the United States. 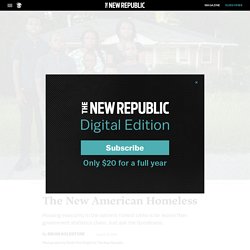 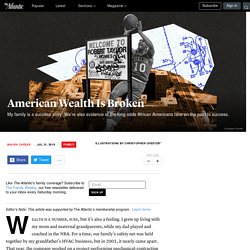 Learn more. Wealth is a number, sure, but it’s also a feeling. Better Public Schools Won’t Fix Income Inequality. Indeed, multiple studies have found that only about 20 percent of student outcomes can be attributed to schooling, whereas about 60 percent are explained by family circumstances—most significantly, income. Now consider that, nationwide, just over half of today’s public-school students qualify for free or reduced-price school lunches, up from 38 percent in 2000.

Surely if American students are lagging in the literacy, numeracy, and problem-solving skills our modern economy demands, household income deserves most of the blame—not teachers or their unions. One out of every 11,600 people in San Francisco is a billionaire. - The Washington Post. Meet the Canadian doctor who prescribes money to low-income patients. - The Washington Post. Reaction of the rich to the Notre Dame fire teaches us a lot about the world we live in. It was clear within minutes that complications due to the building's age and density of heavy timber would severely hinder attempts to put out the fire. Still, it was shocking to see that iconic spire come down, succumbing to the fire as easily as a matchstick house. Indeed, watching this ancient temple engulfed in smoke and heat was a frightening reminder there are many forces out there that render us powerless to save something dear to us. People worldwide have meaningful connections to Paris.

Poll: Bay Area getting worse for most residents. CLICK HERE if you are having a problem viewing the photos or video on a mobile device. 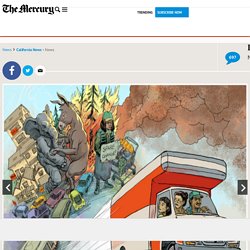 Housing Exploitation Is Rife in Poor Neighborhoods. This Cartoon Explains How the Rich Got Rich and the Poor Got Poor - Vox - Pocket. Something massive and important has happened in the United States over the past 50 years: Economic wealth has become increasingly concentrated among a small group of ultra-wealthy Americans. 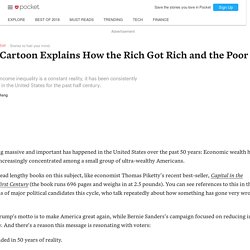 You can read lengthy books on this subject, like economist Thomas Piketty's recent best-seller, Capital in the Twenty-First Century (the book runs 696 pages and weighs in at 2.5 pounds). You can see references to this in the campaigns of major political candidates this cycle, who talk repeatedly about how something has gone very wrong in America. Donald Trump's motto is to make America great again, while Bernie Sanders's campaign focused on reducing income inequality. U.S. Is a Rich Country With Symptoms of a Developing Nation. Why the "Self-Made" Success Story Is a Myth — How Parents Help Children with Money. Bill Gates tweeted out a chart and sparked a debate on global poverty. Has global poverty declined dramatically? 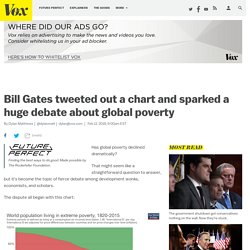 That might seem like a straightforward question to answer, but it’s become the topic of fierce debate among development wonks, economists, and scholars. The class pay gap: why it pays to be privileged. Soak the rich? Americans say go for it. The prospect of 70 percent tax rates for multimillionaires and special levies on the super-rich draw howls about creeping socialism and warnings of economic disaster in much of Washington. 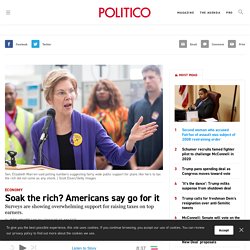 But polling suggests that when it comes to soaking the rich, the American public is increasingly on board. Story Continued Below Surveys are showing overwhelming support for raising taxes on top earners, including a new POLITICO/Morning Consult poll released Monday that found 76 percent of registered voters believe the wealthiest Americans should pay more in taxes. A recent Fox News survey showed that 70 percent of Americans favor raising taxes on those earning over $10 million — including 54 percent of Republicans. The numbers suggest the political ground upon which the 2020 presidential campaign will be fought is shifting in dramatic ways, reflecting the rise in inequality in the United States and growing concerns in the electorate about the fairness of the American system.

Fortune. Most Americans consider themselves part of the “middle class,” but no one can agree on what term that means. 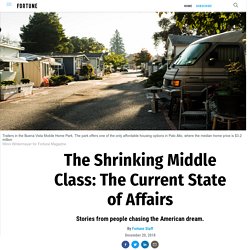 The problem? If sizing up the middle class is difficult enough, it’s even harder to say that circumstances within this group have changed. But they certainly have. AOC’s Call For Abolishing Billionaires Is Deeply American. No Paine, no gain. 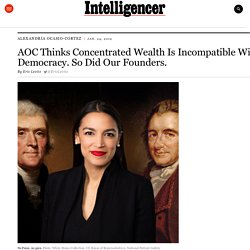 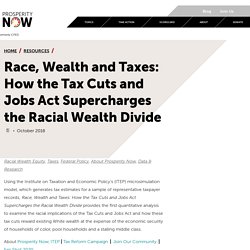 About Prosperity Now, ITEP | Tax Reform Campaign | Join Our Community | Fair Shot 2020 For media inquiries, please contact Prosperity Now's Communications Director, Kristin Lawton, 202.207.0137. Summary and Key Findings Download Summary Last year, Congress had a tremendous opportunity with the Tax Cuts and Jobs Act (TCJA) to help low-income and middle-class families—particularly those of color—build the wealth needed to secure their share of the American Dream. Why Poverty Is Like a Disease - Nautilus - Pocket. On paper alone you would never guess that I grew up poor and hungry. 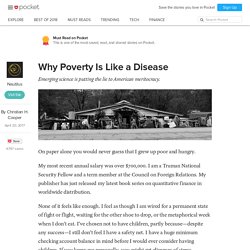 My most recent annual salary was over $700,000. I am a Truman National Security Fellow and a term member at the Council on Foreign Relations. My publisher has just released my latest book series on quantitative finance in worldwide distribution. Zuckerberg San Francisco General’s aggressive tactics leave patients with big bills. On April 3, Nina Dang, 24, found herself in a position like so many San Francisco bike riders — on the pavement with a broken arm. A bystander saw her fall and called an ambulance. She was semi-lucid for that ride, awake but unable to answer basic questions about where she lived. Paramedics took her to the emergency room at Zuckerberg San Francisco General Hospital, where doctors X-rayed her arm and took a CT scan of her brain and spine. She left with her arm in a splint, on pain medication, and with a recommendation to follow up with an orthopedist. A few months later, Dang got a bill for $24,074.50. This Cartoon Explains How the Rich Got Rich and the Poor Got Poor - Vox - Pocket.

This Cartoon Explains How the Rich Got Rich and the Poor Got Poor - Vox - Pocket. The Birth of the New American Aristocracy. 1. The Aristocracy Is Dead … For about a week every year in my childhood, I was a member of one of America’s fading aristocracies. Sometimes around Christmas, more often on the Fourth of July, my family would take up residence at one of my grandparents’ country clubs in Chicago, Palm Beach, or Asheville, North Carolina. The breakfast buffets were magnificent, and Grandfather was a jovial host, always ready with a familiar story, rarely missing an opportunity for gentle instruction on proper club etiquette.

The Birth of the New American Aristocracy. The Digital Gap Between Rich and Poor Kids Is Not What We Expected. One law for the rich, no law for the poor. Why Amazon Really Raised Its Minimum Wage to $15. Los Angeles Times - We are currently unavailable in your region. Economic Mobility Is Better in Rural Than Urban Areas. Kids from many rural areas have a better chance at upward mobility than those who grow up in urban areas, but it varies from place to place, and from neighborhood to neighborhood. Why the One Percent's Philanthropy Won't Change the World. One Reason for Slow Wage Growth? More Benefits. The White House Council of Economic Advisers argued this month that the economic performance, and the benefits for workers, should be judged by the growth of total compensation rather than wages.