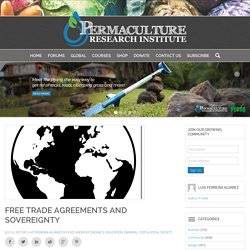 Recently, public opinion worldwide has been critical of the announced Trans-Pacific Partnership (TPP) and the Transatlantic Trade and Investment Partnership (TTIP). If approved, the two agreements would tie together not only the economies, but also regulations and standards, of the United States and eleven other Pacific nations (through the TPP), and the U.S. and the European Union (through the TTIP). As these agreements proliferate, understanding their implications for national sovereignty would allow the people worldwide to know what actions can be taken. A free trade agreement (FTA) is an accord signed by two or more countries to facilitate trade between each other. The traditional FTA focuses on the reduction of trade barriers, such as import quotas and tariffs, which lowers the prices of imports, expands commercial ties and economic growth.

Free Trade Agreements vs. 39-3-721. Www.jstor. Zeroth-order logic. Buckminster Fuller and the Dymaxion Car – A Three-Wheel Dream That Died At Takeoff in 1933. On October 18, 1933, the American philosopher-inventor R. 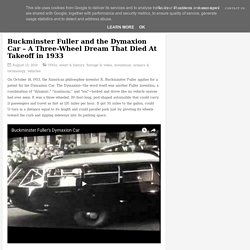 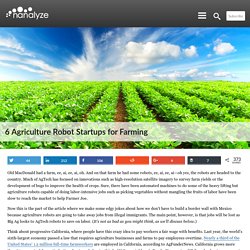 And on that farm he had some robots, ee, ai, ee, ai—oh yes, the robots are headed to the country. Much of AgTech has focused on innovations such as high-resolution satellite imagery to survey farm yields or the development of bugs to improve the health of crops. Sure, there have been automated machines to do some of the heavy lifting but agriculture robots capable of doing labor-intensive jobs such as picking vegetables without mangling the fruits of labor have been slow to reach the market to help Farmer Joe. How to Influence Your Subconscious Mind to Achieve Your Goals — Willpowered Evolution. 1. 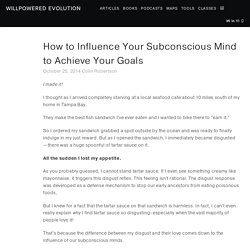 Move to a quiet place where you won’t be disturbed. Lie down on your back with your feet slightly apart, arms slightly extended from your body, palms facing down and make sure you’re as comfortable as possible. You don’t want anything to distract you from relaxing (i.e. sound, temperature, cell phone, etc). Unconsciousness visualization. Harvard and Google partner on earthquake aftershock-predicting AI. Harvard University has partnered with Google to create a potentially life-saving AI that can predict where aftershocks will hit following an earthquake. 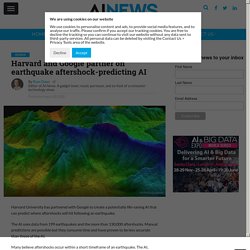 AI for Molecular Design. Want to design a new material for solar energy, a drug to fight cancer or a compound that stops a virus from attacking a crop? 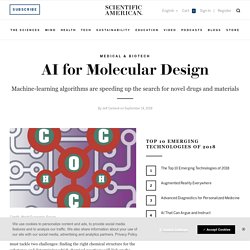 First, you must tackle two challenges: finding the right chemical structure for the substance and determining which chemical reactions will link up the right atoms into the desired molecules or combinations of molecules. Traditionally answers have come from sophisticated guesswork aided by serendipity. The process is extremely time-consuming and involves many failed attempts. Www.forbes. Microsoft Buys Lobe, A No-Code AI Development Startup. Microsoft on Thursday nabbed its third artificial intelligence startup of the year—an acquisition spree aimed at empowering partners to build intelligent applications. 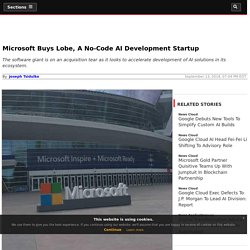 Lobe, based in San Francisco, offers AI development capabilities through a visual interface that requires no coding. The platform can be used by developers without data science expertise to build and train deep learning models, and then embed them directly into custom apps. [Related: Microsoft Warns That Artificial Intelligence, Trade Policies May Present Risks To Business] Quantum heterostructure. Quantum materials research chair leaves UBC after less than a year.

A highly touted U.S. scientist who was courted by the University of British Columbia with a multimillion-dollar federal research chair is leaving her position there after spending less than a year in Canada. 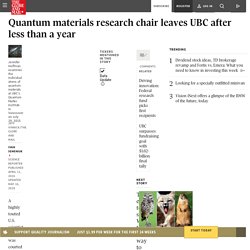 UBC confirmed on Monday that Jennifer Hoffman, the Canada Excellence Research Chair in Quantum Materials, has decided to return to her former home base at Harvard University. Her abrupt departure refocuses attention on a program launched by the Harper government that ties significant amounts of government funding to individual superstar researchers, and is a reminder that others who were brought to Canada as part of the same program could just as easily walk away. Story continues below advertisement Dr. UBC Physics & Astronomy. Quantum 3D Printing on the Horizon, According to UBC Researcher Jennifer Hoffman. I’m a firm believer that technology can take us to unimaginable places, from both a physical and a mental standpoint. 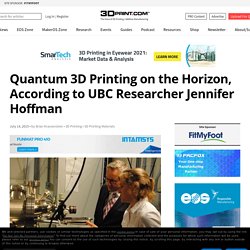 Technological progress is oftentimes charted along an exponential curve meaning that as time goes by the rate of progress increases exponentially instead of linearly. Www.forbes. Newman's energy machine. Newman's Energy Machine was a DC motor which the inventor, Joseph Newman, claimed to produce mechanical power exceeding the electrical power being supplied to it. 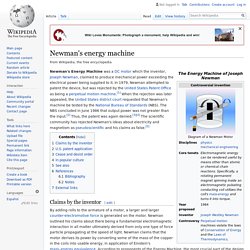 In 1979, Newman attempted to patent the device, but was rejected by the United States Patent Office as being a perpetual motion machine.[1] When the rejection was later appealed, the United States district court requested that Newman's machine be tested by the National Bureau of Standards (NBS). The NBS concluded in June 1986 that output power was not greater than the input.[2] Thus, the patent was again denied.[3][4] The scientific community has rejected Newman's ideas about electricity and magnetism as pseudoscientific and his claims as false.[5] Claims by the inventor[edit] By adding rolls to the armature of a motor, a larger and larger counter-electromotive force is generated on the motor. U.S. patent application[edit] Michelson-Morley & the Story of the Aether Theory. By Richard Milton 2007 Ether --- a null result, or an anulled result? The story of ether, or aether, is familiar to anyone who has studied the history of science and the seminal tale from the heroic age of physics of the Michelson-Morley experiment to establish whether or not light travels through a mysterious medium that fills space -- the ether.

Every high school physics student has taken down the same notes for more than a century: Www.forbes. Identity and Individuality in Quantum Theory. 1. Introduction It is typically held that chairs, trees, rocks, people and many of the so-called ‘everyday’ objects we encounter can be regarded as individuals. Difference Between Metaphysics & Quantum Physics. Although metaphysics and quantum physics deal with the scholarly examination of the surrounding world, the two approach the subject from two different disciplines, namely philosophy for metaphysics and hard science for quantum physics. Origin of Metaphysics The term “metaphysics” (“meta-” meaning “beyond”) refers to the title given to a compilation of Aristotle’s works on the subject.

Because they follow Aristotle’s “Physics,” the work took the name “Metaphysics.” Origin of Quantum Physics The beginning of quantum physics is far more recent, with major contributions being Max Planck's 1900s proposal that energy is made up of smaller units called quanta and Albert Einstein’s 1905 study of the photoelectric effect. Particle Metaphysics - A Critical Account of Subatomic Reality.

ORLAS CREATOR – A New Age in 3D Metal Printing. Endurance Laser turns your 3D printer into a hybrid machine. Laser holograms create 3D-printed objects in seconds, no layering required. How do you create complex 3D-printed objects in seconds, instead of hours or days? How laser technology is helping in 3D printing? Mini antimatter accelerator could rival the likes of the Large Hadron Collider. Researchers have found a way to accelerate antimatter in a 1000x smaller space than current accelerators, boosting the science of exotic particles.

This Startup’s Artificial Star Is For All Humanity, Whether Humanity W. China creates artificial star 8,600 times hotter than sun’s surface. Chinese scientists at the Institute of Physical Science in Hefei achieved something spectacular on Monday: the creation of a temporary artificial star three times hotter than the core of our sun. Russian Scientists Just Launched An "Artificial Star" That Could Threaten Astronomy. Is it possible to create an artificial star in space? Astronomers Just Created The Most Powerful Artificial Star in The Sky - Using Lasers. 2018 Rising Stars in Physics Workshop. CPAESS - Cooperative Programs for the Advancement of Earth System Science. NASA has found a free particle accelerator floating in space. CERN May Have Evidence of a Quasiparticle We've Been Hunting For Decades.