Quantity – A Digital Workbook for Beginning ESOL. Meaning of several in Longman Dictionary of Contemporary English. Singular? Plural? Pick One - The New York Times. ‘A couple is’ / ‘a couple are’ in English. Is 'Couple' Singular or Plural? At first glance there would appear to be very little about the word couple which could confuse anyone, or about which one might raise any objections. 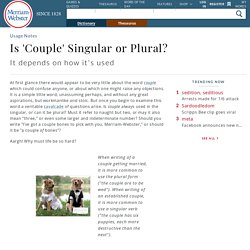 It is a simple little word, unassuming perhaps, and without any great aspirations, but workmanlike and stoic. But once you begin to examine this word a veritable cavalcade of questions arise. Is couple always used in the singular, or can it be plural? Must it refer to naught but two, or may it also mean “three,” or even some larger and indeterminate number? Should you write "I’ve got a couple bones to pick with you, Merriam-Webster," or should it be "a couple of bones"? Aargh! We don’t have an answer to that last question.

Meaning of a couple in Longman Dictionary of Contemporary English. Exercise 2 - some, any, much, many, a lot of, a little, a few. Learning English. How Much Do You Know about Quantifiers? For VOA Learning English, this is Everyday Grammar. 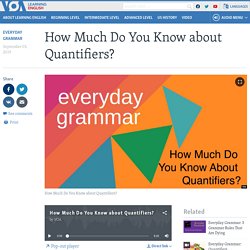 Today we are going to talk about different ways of expressing quantity in English. A quantifier is a word or number that shows an amount or number. You probably already know how to use common quantifiers like much and many. For example: How many apples would you like? How much fruit would you like? The quantifier many is used before apples, which is a count noun. Make sure you understand the difference between count nouns and noncount nouns before you study quantifiers. Quantifiers are adjectives and adjective phrases that go before nouns. Quantifiers only used with count nouns.

Indefinite pronouns. Content Frame. Content Frame. I am referring to Exercise 13 (Sentence 11) on page 143 in the Blue Azar.One of my students challenged me on the use of any with a plural noun in this sentence: "Alice reads The New York Times every day. 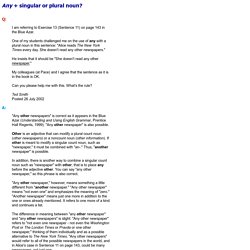 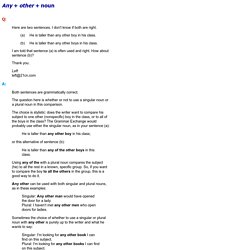 The question here is whether or not to use a singular noun or a plural noun in this comparison. The choice is stylistic: does the writer want to compare his subject to one other (nonspecific) boy in the class, or to all of the boys in the class? The Grammar Exchange would probably use either the singular noun, as in your sentence (a): He is taller than any other boy in his class; or this alternative of sentence (b): He is taller than any of the other boys in this class. Using any of the with a plural noun compares the subject (he) to all the rest in a known, specific group. Singular: Any other man would have opened the door for a lady. Content Frame. The use of any in front of a singular noun talks about EACH thing or person of a particular type. 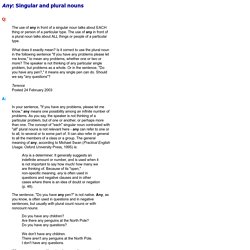 The use of any in front of a plural noun talks about ALL things or people of a particular type.What does it exactly mean? Is it correct to use the plural noun in the following sentence "If you have any problems please let me know," to mean any problems, whether one or two or more? The speaker is not thinking of any particular single problem, but problems as a whole. 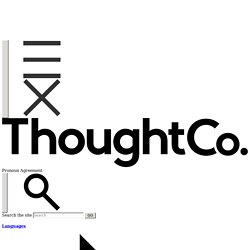 Traditionally, one of the basic principles of pronoun agreement (also called noun-pronoun agreement or pronoun-antecedent agreement) is that a singular pronoun refers to a singular noun while a plural pronoun refers to a plural noun. As discussed below, this usage becomes more complicated when the pronoun is indefinite. See Examples and Observations below. English Grammar Today on Cambridge Dictionary. Some and any - English Grammar Today - Cambridge Dictionary. Definite & Indefinite Pronouns - Excelsior College OWL. What is the difference between definite and indefinite pronouns? 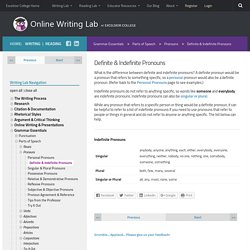 A definite pronoun would be a pronoun that refers to something specific, so a personal pronoun would also be a definite pronoun. (Refer back to the Personal Pronouns page to see examples.) Definite & Indefinite Pronouns - Excelsior College OWL. Articles, Determiners, and Quantifiers. Definition Articles, determiners, and quantifiers are those little words that precede and modify nouns: the teacher, a college, a bit of honey, that person, those people, whatever purpose, either way, your choice Sometimes these words will tell the reader or listener whether we're referring to a specific or general thing (the garage out back; A horse! 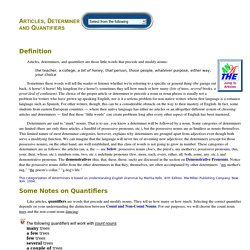 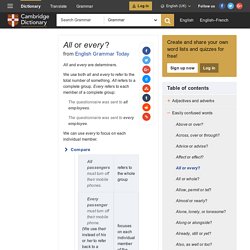 We use both all and every to refer to the total number of something. All refers to a complete group. Every refers to each member of a complete group: The questionnaire was sent to all employees. The questionnaire was sent to every employee. We can use every to focus on each individual member. Learning English. All or every ? - English Grammar Today - Cambridge Dictionary. Commonly Confused Words: Nobody, None, and No One. The indefinite pronouns nobody (one word) and no one (two words) have the same meaning: no person or not anyone. 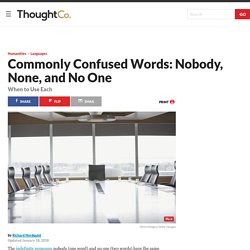 . * Quiz. Languagepoint. Episode19. The Flatmates - Language Point 19. Singular & Plural Pronouns - Excelsior College OWL. Singular they - Wikipedia. Gender-neutral English pronoun "Somebody left their umbrella in the office. Could you please let them know where they can get it? ""The patient should be told at the outset how much they will be required to pay. "" Indefinite Pronouns. View Worksheet What are they? Indefinite pronouns are those that are not specific, exact or definite.

They are also used when the noun is unknown. In other words, they do not follow the same construction as most other pronouns, which replace the antecedent (the noun to which they refer). The pronouns themselves are the antecedents. PRONOUNS. Pronouns are words that substitute for nouns. Every pronoun must have a clear antecedent(the word for which the pronoun stands). A. Personal Pronouns: B. Some, any, every and no. Daisy: Shall we look for somewhere to get some coffee and some cake? Amy: Alright. I'm not very hungry, but I'd love something to drink. Where do you fancy going? Daisy: Anywhere you like.Amy: Well, how about this place?