In parts of Africa, people with albinism are hunted for their body parts. The latest victim: a 9-year-old boy 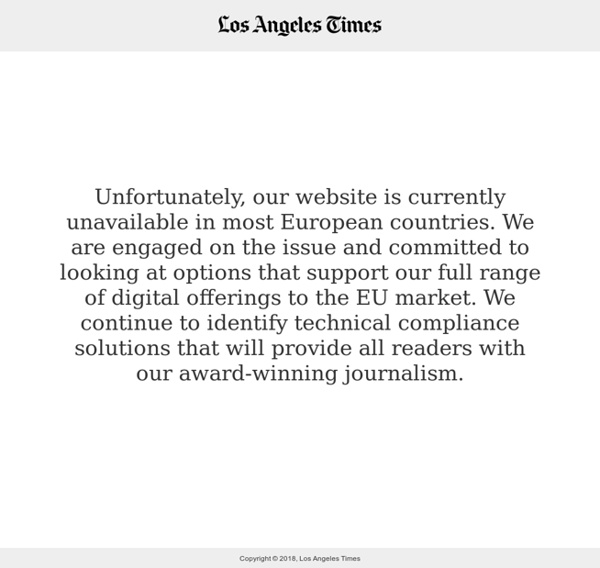 You can make more than lattes with that humanities degree. Matthew Dischinger has taught humanities courses at the University of Alabama, Louisiana State University, and Georgia Institute of Technology. He is a lecturer in the Department of English at Georgia State University. In this guest column, he makes a case for humanities majors. By Matthew Dischinger 6 Ecolodges in Egypt To Visit When You Need Peace Of Mind - El Konafa 6 months ago By Konafa Team It’s really easy to feel overwhelmed these days: work stress, personal stress, family stress, country stress, traffic stress and that insidious anxiety that permeates even our moments of rest. So maybe you decide to go on a vacation. But then even that can become stressful — you go to the same vacation spots as everyone else, and it just becomes an extended version of what you deal with in Cairo.

Details In BLS Report Suggest That Most Of The Gender Earnings Gap Is Explained By Age, Marital Status, Children, Hours Worked Article here. Excerpt: 'The Bureau of Labor Statistics (BLS) releases an annual report every year on the "Highlights of Women's Earnings" (since the BLS report actually analyzes equally both men's and women's earnings, one might ask why the report isn't simply titled more accurately "Highlights of Earnings in America"?). Here's the opening paragraph from the most recent BLS report "Highlights of Women's Earnings in 2017" that was released last month: ... How do we explain the fact that women working full-time last year earned less than 82 cents for every dollar men earned according to the BLS? Here's how the National Committee on Pay Equity (NCPE) explains it:

Economic Mobility Is Better in Rural Than Urban Areas Kids from many rural areas have a better chance at upward mobility than those who grow up in urban areas, but it varies from place to place, and from neighborhood to neighborhood. This is the third of a series of posts that explore the myths and realities of America’s urban-rural divide. This one reviews recent research on the economic mobility of children who grow up in rural and urban areas. For an overview of the series and the data and methodology we use, see the first post in this series. When it comes to economic mobility, the image that comes to mind is one of savvy, ambitious kids from the cities and suburbs of large superstar metro areas like New York, Boston, and San Francisco getting ahead, while children from more isolated, rural areas fall further and further behind.

The weirdest foreign Star Wars movie posters Let's be honest. If you didn't read Polish — and if Mark Hamill's, Harrison Ford's, Carrie Fisher's and Billy Dee Williams' names were printed — you'd have no idea this is an Empire Strikes Back poster. Rather, at first glance, it comes off as some kind of Orwellian, Nineteen Eighty-Four-esque Big Brother propaganda poster — with subtle hints of fascism — while still remaining superbly cemented in space-age science fiction. So… what gives? Jakub Erol, like his Hungarian counterparts, had the luxury of being able to operate with total artistic freedom while making his Star Wars posters. The Soviet Union allowed, to some extent, western films to be shown in Poland and Hungary, but Hollywood had absolutely no say in how their promotional materials were made — hence why these weird posters were even allowed to exist in the first place.

Tourism Ad by School students A School Project by Egyptian Students Becomes the Best Publicity for the Country’s Tourism Two Egyptian IB students have made a short film capturing the incredible beauty of Fayoum and it's the most wanderlust-inducing thing we have seen in a while. A video showing some of Fayoum’s beautiful natural landscapes and countryside has recently surfaced online. Wonderfully shot to reveal some of the most sublime details of Fayoum, arguably one of Egypt’s most overlooked provinces, one would be forgiven to think it was an official #ThisIsEgypt video campaign, specifically designed to make you pack your bags and get on the first flight to Om El Donia. It was in fact entirely produced by two Egyptian IB (International Baccalaureate) students for a school project. During their school programme's second ‘Creativity, Activity, and Service’ retreat, Maged Attalla and Seif Shawkat were inspired by the beauty of their surroundings in Fayoum and thought why not share it with the world?

Men from Mars, women from Venus: terrifying truth behind experts call for shortened work week girls For centuries, women have been experts at juggling their relationships, careers, children, health and home all at once. The weight of maintaining this balancing act has increased exponentially over the past two decades, to the point that more women than ever are reporting feelings of exhaustion, anxiety and depression. In fact, many are on the brink of a serious burnout. Experts say that to create equality in the workplace, women should have a shorter working week than their male counterparts A study published by the Australian National University found that the healthy working week for women should be limited to 34 hours, compared to 47 hours for men.

One law for the rich, no law for the poor Equality before the law fails in an unequal society. Instead of one legal system, class-ridden Britain now has three. At the top, the barristers other lawyers most admire have escaped the constraints of the nation state and chase multimillion pound briefs from the global plutocracy. The downwardly mobile members of the squeezed middle find the costs of going to law cripple them.