A push for UC Irvine to grant long-serving lecturer paid medical leave following surgery. Adjuncts and their advocates often cite the University of California system’s non-tenure-track faculty union contracts as the gold standard: pay is relatively good, there’s a clear path to continuing appointments and benefits are available to those teaching half-time or more. 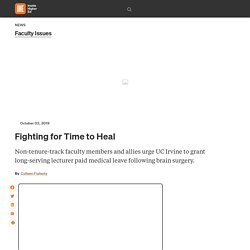 But one Irvine campus instructor's recent health crisis demonstrates just how vulnerable even the best protected non-tenure-track professors are. Are we facing a nationwide teacher shortage? Here’s a question to consider: Are teacher shortages... 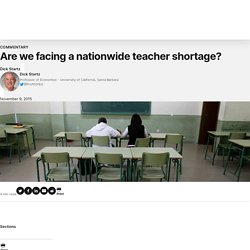 A. Real? B. Imaginary? C. Are we facing a nationwide teacher shortage? The figure shows the annual production of bachelors and master’s degrees in education. Carriers at work, U.S. Post Office. Academically-Adrift. The quality of our colleges and universities – particularly for undergraduates – should be a topic we all care about as a country. 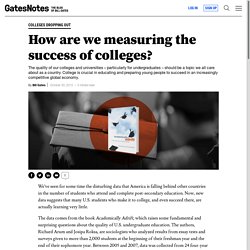 College is crucial in educating and preparing young people to succeed in an increasingly competitive global economy. We’ve seen for some time the disturbing data that America is falling behind other countries in the number of students who attend and complete post-secondary education. Now, new data suggests that many U.S. students who make it to college, and even succeed there, are actually learning very little. The data comes from the book Academically Adrift, which raises some fundamental and surprising questions about the quality of U.S. undergraduate education.

The authors, Richard Arum and Josipa Roksa, are sociologists who analyzed results from essay tests and surveys given to more than 2,000 students at the beginning of their freshman year and the end of their sophomore year. Two key findings have received a lot of attention: Academically Adrift by Arum and Roska: A Critique. David M. 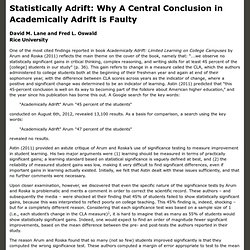 Lane and Fred L. Oswald Rice University One of the most cited findings reported in book Academically Adrift: Limited Learning on College Campuses by Arum and Roska (2011) reflects the main theme on the cover of the book, namely that: “...we observe no statistically significant gains in critical thinking, complex reasoning, and writing skills for at least 45 percent of the [college] students in our study” (p. 36). Academic Matters. Call to Arms for Adjuncts ... From an Administrator. It's not unheard of, at faculty gatherings, to hear colleges' treatment of adjuncts compared to the way Wal-Mart treats its workers. 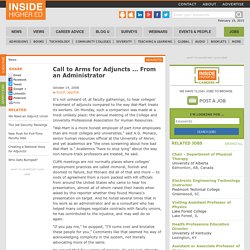 On Monday, such a comparison was made at a most unlikely place: the annual meeting of the College and University Professional Association for Human Resources. "Wal-Mart is a more honest employer of part-time employees than are most colleges and universities," said A.G. Monaco, senior human resources official at the University of Akron, and yet academics are "the ones screaming about how bad Wal-Mart is. " New Faculty Majority - The National Coalition for Adjunct & Contingent Equity. NFM knows that you want to find solid solutions to crises ranging from fiscal drought to remediation. 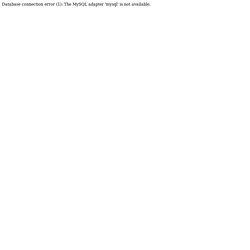 You are looking for expertise that can help you devise sound higher education policies that benefit colleges, communities, and the country as a whole. NFM helps policymakers to understand how the exploitation of contingent faculty is an unacceptable, and, ultimately unsuccessful, strategy for decreasing college costs, preparing students to join the workforce, or ensuring the integrity of American higher education. By engaging with NFM, policymakers fulfill their responsibility to respect and represent ALL of the citizens who teach and study in American institutions of higher education. CO State Rep Randy Fisher on Legislation He Sponsored to Give NTT Faculty Enforceable Contracts Labor Secretary Hilda Solis Supports Contingent Faculty Washington State Senate Hearing on SB 5088 (2009)

In lawsuit, Texas Tech professor says his views on tenure have cost him promotions. Tenure disputes are hardly rare. 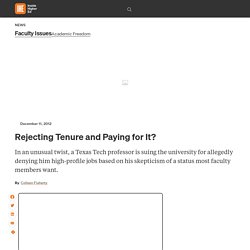 What makes James C. Wetherbe’s case unique is that he’s not fighting for tenure, but against it. In a recently filed federal lawsuit, Wetherbe accuses Texas Tech University of violating his First Amendment rights by denying him two promotions on account of his anti-tenure stance. “I never expected something like that to happen at the end of my career but, given that it has, I’ve decided to challenge the system and see what happens,” said Wetherbe, a Texas Tech alumnus who’s served as a business professor there since 2000. “The question I’m concerned with is if freedom of speech is sufficient protection for you to be able to teach and research as long as you’re not doing misconduct and writing the truth as you understand it to be.” According to the suit, Wetherbe was up for two key jobs within the last year: a Paul Whitfield Horn Professorship, the highest honor bestowed upon a faculty member, and dean of the Rawls College of Business.

“Neither Dr. CUNY adjuncts ask not to be called professors in course syllabuses to highlight working conditions. Bring readings to class, either in hard copy or electronic format. 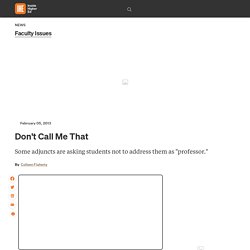 Sign up for a blog account in order to contribute to online class discussions. Plagiarism will not be tolerated. Don’t call me “professor.” These are some of the expectations laid out in Karen Gregory’s course syllabus for her Introduction to Labor Studies course at Queens College, City University of New York.