Reflections of a Newsosaur. 40 maps that explain the world. By Max Fisher By Max Fisher August 12, 2013 Maps can be a remarkably powerful tool for understanding the world and how it works, but they show only what you ask them to.

So when we saw a post sweeping the Web titled "40 maps they didn't teach you in school," one of which happens to be a WorldViews original, I thought we might be able to contribute our own collection. Some of these are pretty nerdy, but I think they're no less fascinating and easily understandable. A majority are original to this blog, with others from a variety of sources. I've included a link for further reading on close to every one. [Additional read: How Ukraine became Ukraine and 40 more maps that explain the world] Click to enlarge. Accuracy In Media. 10 things we didn't know last week - BBC News. Canada's great, shareable stories. Project Syndicate: Economics, finance, politics, and global affairs from the world's opinion page. World news articles and blogs - The Christian Science Monitor. Reader: Alternative coverage of politics, culture, and new ideas. 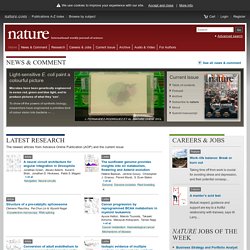 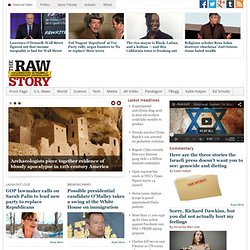 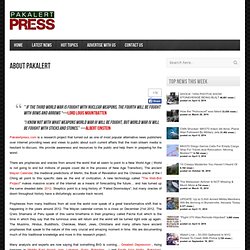 —Albert Einstein Pakalertpress.com is a research project that turned out as one of most popular alternative news publishers over Internet providing news and views to public about such current affairs that the main stream media is hesitant to discuss. We provide awareness and resources to the public and help them in preparing for the worst. There are prophecies and oracles from around the world that all seem to point to a New World Age ( World is not going to end but millions of people could die in the process of New Age Transition). The ancient Mayan Calendar, the medieval predictions of Merlin, the Book of Revelation and the Chinese oracle of the I Ching all point to this specific date as the end of civilization. 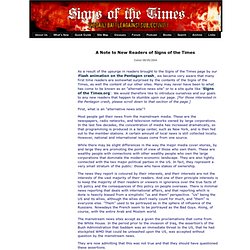 Radio Free Europe — The CIA creates its first major propaganda outlet, Radio Free Europe. Over the next several decades, its broadcasts are so blatantly false that for a time it is considered illegal to publish transcripts of them in the U.S. Late 40s Operation MOCKINGBIRD — The CIA begins recruiting American news organizations and journalists to become spies and disseminators of propaganda.