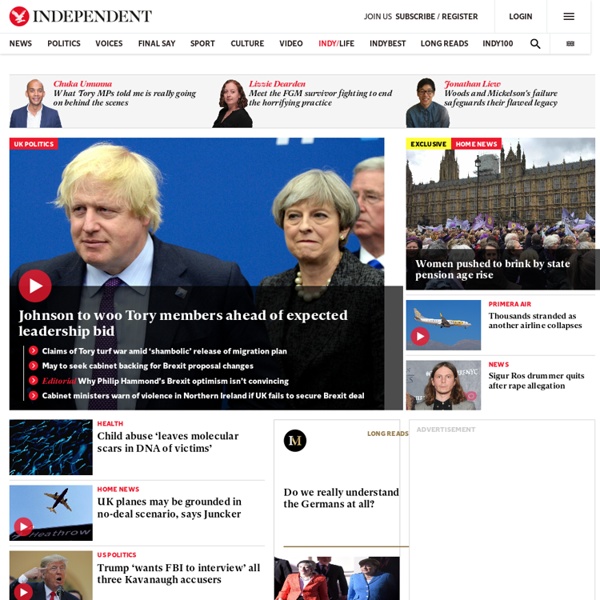 ABC News 'I'm Scottish': Gutted Lambie to quit Senate in latest citizenship shock Jacqui Lambie broke down in a radio interview this morning as she confirmed she will resign from the Senate because she holds British citizenship, telling listeners she always thought she was "Australian as they bloody come". How your MP will vote if Australia says Yes to same-sex marriage We've asked every federal politician what they intend to do if same-sex marriage gets to a vote in Parliament. On the numbers we've gathered, both houses would pass a bill to change the law. Check out what your local member will do. Series 01 episode 03 Section 1 – "Is that a new shirt?" – Making comments on a friend's clothes Ravi: Hello, and welcome to LearnEnglish Elementary podcast number three.

How to Plan a Content Strategy with SEO in Mind? – Launch Your Business To rank on top of the search engines, you need informational writing on your website as Google rank only those websites that offer good informational content to its users. Just writing good content is not enough to beat your competitors and rank on the first page, there are many more things that you need to work on while writing and publishing content. You need a proper strategy while getting started with any topic.

Home BBC News Home Top Stories Trump to drop Iran deal, Macron says Secret GOP plan: Push states to declare bankruptcy and smash unions Congressional Republicans appear to be quietly but methodically executing a plan that would a) avoid a federal bailout of spendthrift states and b) cripple public employee unions by pushing cash-strapped states such as California and Illinois to declare bankruptcy. This may be the biggest political battle in Washington, my Capitol Hill sources tell me, of 2011. That’s why the most intriguing aspect of President Barack Obama’s tax deal with Republicans is what the compromise fails to include — a provision to continue the Build America Bonds program. BABs now account for more than 20 percent of new debt sold by states and local governments thanks to a federal rebate equal to 35 percent of interest costs on the bonds.

Seen At 11: Real Life ‘Superheroes’ Take Matters Into Their Own Hands Donning Homemade Protective Gear, Costumes They Work To Protect Gotham May 9, 2013 11:40 PM From our newsroom to your inbox weekday mornings at 9AM. Sign Up NEW YORK (CBS 2) — By day they are just like everybody else, but by night a group of real life “superheroes” patrols the streets of New York City, avenging crime by taking matters into their own hands. What makes 'Black Panther' so special? Hello, everyone, and welcome back to another video for the British Council’s LearnEnglish Teens website and their YouTube channel. I’m so excited to be making this video today about the Black Panther film which recently came out. For those of you who do not know what the film’s about or maybe haven’t seen it yet, it basically follows the story of the Marvel comic, the ‘Black Panther’, where our Wakandan king, T'Challa, is both the superhero and the king of the movie. He possesses the power of the black panther.

Energy industry braces for cuts - Darren Samuelsohn Energy interests of all stripes are on alert to defend their share of tax breaks, loan guarantees and other financial sweeteners amid growing calls to slash spending. Concerned that debt-obsessed rhetoric will translate into real cuts, industry groups and their lobbyists are calling in their chits in what’s sure to be a highly competitive war, pitting region against region and energy resource against energy resource. Continue Reading

Jake Austin converted truck into mobile shower to offer homeless safe place to wash When people want to help the homeless in their area, they tend to think of the immediate needs: food, warm clothes and toiletries. But, when you actually stop to think about it, what good are new clothes and deodorant when you haven’t been able to wash properly in months? Think how nice it is to step into a long, hot shower after a tough day and imagine what it would be like never, or rarely, having access to private, safe washing facilities. That is the thinking behind Shower to the People’s Mobile Shower Unit. ‘People can get food and clothes, but if they haven’t had a shower in three months, they can’t get a job even flipping burgers,’ says Jake Austin, a 31-year-old pastor from St. Louis, Missouri, who purchased an old truck from Craigslist for $5,000 (£3,860) and set about transforming it into a mobile shower unit.

founded in 1986 by journalists who had hoped that a paper could really be independent of financial and political pressure but which was eventually absorbed by the Mirror Group (left-wing) in 1995. by markmypearltree Dec 1