The Best Homemade Granola Recipes. Sister Spoon: Homemade Crockpot Granola. Two Christmases ago, a magical device appeared in some of the stores in the big capital city here. 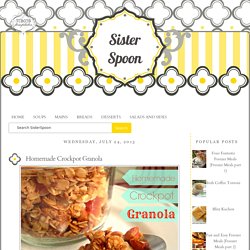 It was called a "multivarka" which translates to "multi-cooker". Is it possible? 19 Recipes to Rock Mother's Day Brunch. There are holidays, and then there are brunch holidays. 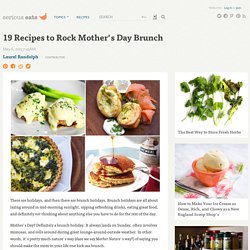 Brunch holidays are all about lazing around in mid-morning sunlight, sipping refreshing drinks, eating great food, and definitely not thinking about anything else you have to do for the rest of the day. Mother's Day? Definitely a brunch holiday. It always lands on Sunday, often involves mimosas, and rolls around during great lounge-around-outside weather. 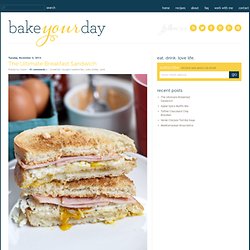 Remember me? Savory Sausage and Cheddar Bread Pudding - Once Upon a Chef. 4.5 stars based on 7 votes Share on TwitterShare on FacebookShare on Pinterest Bread pudding is usually sweet, but it can be made savory too. 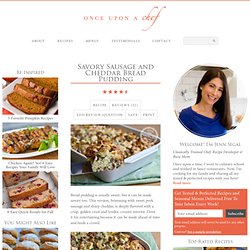 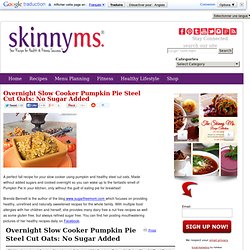 Made without added sugars and cooked overnight so you can wake up to the fantastic smell of Pumpkin Pie in your kitchen, only without the guilt of eating pie for breakfast! Brenda Bennett is the author of the blog www.sugarfreemom.com which focuses on providing healthy, unrefined and naturally sweetened recipes for the whole family. Baked Maple-Cinnamon French Toast with Fresh Strawberries Recipe. September 1, 2013, 11:55 AM Chef Douglas Keane of Cyrus in Healdsburg, Calif., has a simple, mouth-watering take on French Toast — and it only takes nine minutes to prepare. 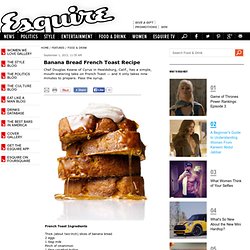 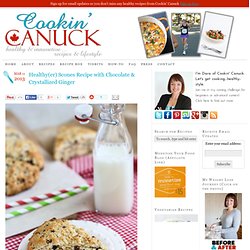 And Subway. Hey, don’t judge. When the choices are day-old gas station burritos and sub sandwiches, the sandwiches will always win out. The Starbucks pit stops happen first thing in the morning – jet fuel for the first part of the drive – and 3pm or so, lining up with my husband’s daily caffeine slumps. Eggnog Waffles with Cinnamon Whipped Cream. After making the cranberry eggnog coffee cake I shared with you last week, I was left with quite a bit of extra eggnog. I hate wasting ingredients but didn’t want to drink it, since that’s just not my thing.

So instead I started brainstorming ideas to use up the remaining few cups that I had in my refrigerator. And that’s how these eggnog waffles were born. Oh and there’s a homemade cinnamon whipped cream that goes along with them. Eggnog Waffles with Pecan Rum Syrup Recipe. In a large mixing bowl, sift together the flour, baking powder, cinnamon, nutmeg and salt. 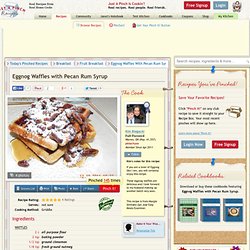 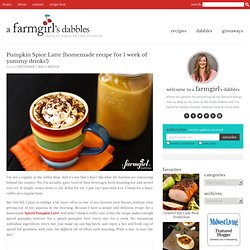 Kale, Bacon & Egg Whole Wheat Breakfast Sandwich Recipes From The Kitchn. You're either an egg yolk person or you're not. 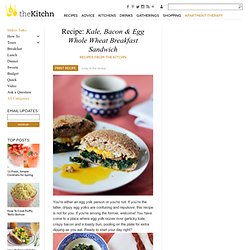 If you're the latter, drippy egg yolks are confusing and repulsive; this recipe is not for you. If you're among the former, welcome! You have come to a place where egg yolk oozes over garlicky kale, crispy bacon and a toasty bun, pooling on the plate for extra dipping as you eat. Breakfast Grain Salad with Blueberries, Hazelnuts & Lemon Recipes from The Kitchn. The search for tasty, healthy breakfast dishes is a neverending quest. I am always looking for a breakfast that can be made ahead and munched on for several days, offering a tasty, easy meal each weekday morning. In the winter, my standby is my beloved steel-cut oatmeal, and sometimes, if I have extra time on the weekend, I'll make up a big pan of egg casserole with seasonal vegetables. Baked Eggs in Roasted Tomatoes. Baked Eggs in Roasted Tomatoes I can’t get over how much I enjoyed this dish.

I love that a few simple ingredients thrown together can make something so delicious! I roasted the grape tomatoes with a touch of olive oil, minced garlic, and basil in the oven for 15 minutes before cracking two eggs into the dish and topping it with feta cheese. I baked the eggs in the oven until the whites were set but the yolks were still soft. The combination of the roasted tomatoes, salty feta, and the eggs was really fantastic. Preheat the oven to 350 degrees.