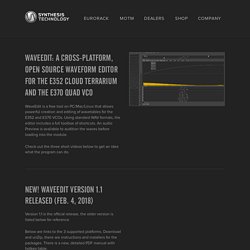 WaveEdit Version 1.1 released (Feb. 4, 2018) Version 1.1 is the official release, the older version is listed below for reference Below are links to the 3 supported platforms. Download and unZip, there are instructions and installers for the packages. There is a new, detailed PDF manual with hotkey table. If you find a bug or wish to wish add a feature, please contact us at the email link below. 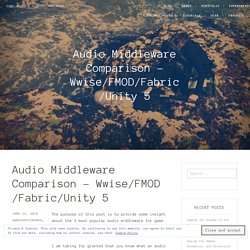 I am taking for granted that you know what an audio middleware is, if you don’t and are interested in learning what it means and how it works, I found this concise but detailed article very accurate and informative, great introduction to game audio and its tools. These descriptive charts and table also help make sense of the data surrounding audio middleware. I have used Wwise, FMOD, and Fabric to a similar extent on various projects, and thought it would be helpful to some that I write down a few of my conclusions. I will do my best to keep this info updated as I continue to learn these software and as they progress themselves. I will establish my preference right now, as you will certainly feel my partiality throughout this article: Wwise, by a thousand miles. 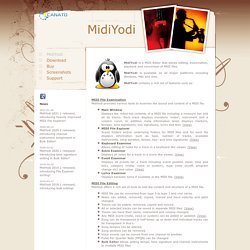 MidiYodi is available on all major platforms including Windows, Mac and Unix. MidiYodi contains a rich set of features such as: MIDI File Examination MidiYodi provides various tools to examine the layout and content of a MIDI file. Lanzamientos · kylemcdonald / ofxFaceTracker. Dynamic Tonality. XronoMorph is a free macOS and Windows app for creating multilayered rhythmic and melodic loops (hockets). 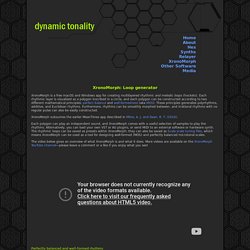 Each rhythmic layer is visualized as a polygon inscribed in a circle, and each polygon can be constructed according to two different mathematical principles: perfect balance and well-formedness (aka MOS). These principles generalize polyrhythms, additive, and Euclidean rhythms. Furthermore, rhythms can be smoothly morphed between, and irrational rhythms with no regular pulse can also be easily constructed. XronoMorph subsumes the earlier MeanTimes app described in Milne, A. J. and Dean, R. Each polygon can play an independent sound, and XronoMorph comes with a useful selection of samples to play the rhythms. Amped Studio. Freeware Studio Software! - Thema anzeigen.

Learn to Code Electronic Music Tools with Javascript - Online Course. Free Plug-ins Galore: A list of great gear that won't cost you a thing - gearnews.com. Windows Audio & Video Software - SourceForge.net. StumbleUpon. Reaktor 6 Tutorials: Core 1. QuickConst. The Ultimate List of Learning Resources for Max for Live. I keep getting messages if I know or could make a video course on programming with Max for Live. 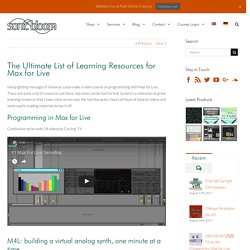 There are quite a lot of resources out there, but some can be hard to find. So here's a collection of great learning resources that I have come across over the last few years. Hours of hours of tutorial videos and some useful reading materials to top it off. 10 Hidden Features in Ableton Live with Options.txt. It's been quite a while since I made these video tutorial about all the extra features you can unlock with the help of the Options.txt in Ableton Live. 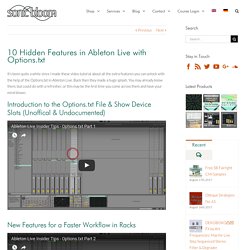 Back then they made a huge splash. You may already know them, but could do with a refresher, or this may be the first time you come across them and have your mind blown. Introduction to the Options.txt File & Show Device Slots (Unoffical & Undocumented) New Features for a Faster Workflow in Racks. Remotify – Easily Create Your Own Control Surfaces for Ableton Live. If you have a boutique MIDI controller that doesn't come with a MIDI remote script for Ableton Live or if you want to add your own quick access controls instead of using the available control surface, this meant mapping parameters for every Live Set. 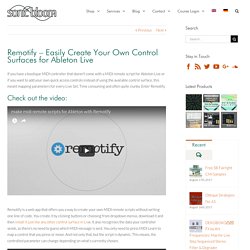 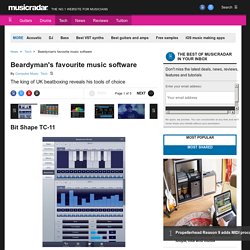 It measures metadata from your touches, giving you the ability to intuitively control hundreds of variables: time since last touch; average speed of movement; speed of first, second, third touch; distance between touches... It’s unique and sounds fucking insane. Sheet Music Scanner - Score Player for iPhone and iPad en App Store. Music notation. 30 new music apps for iPhone, Android and iPad. There's something of an explosion in music apps happening on iPhone and Android at the moment, from official artist apps that look to go beyond pure news and audio samples, through to social location services aimed at gig-goers. 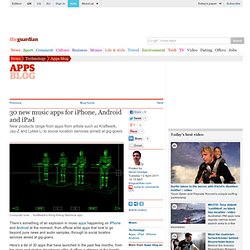 Here's a list of 30 apps that have launched in the past few months, from big stars and startup developers alike. It offers a glimpse at the trends and technologies that make apps as potentially habit-changing for music fans as they are for gamers and TV viewers. Note, this list is focused on apps that involve listening to or interacting around music, rather than actually creating it. Not because the latter isn't just as interesting – there is a similar boom in innovative music-making apps – but because, well, those apps will sit better in their own list. Meanwhile, the focus on recently launched apps is why the likes of Spotify, Pandora Radio, Last.fm and others are not included. 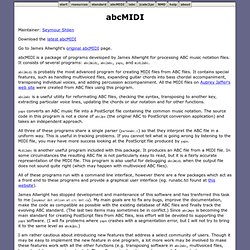