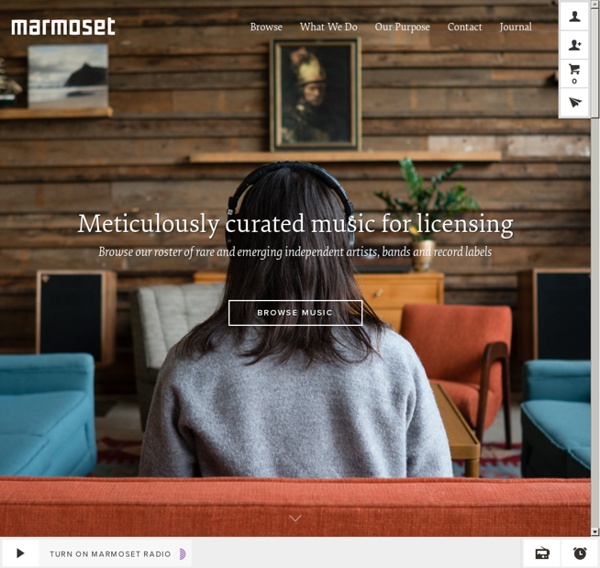 Google RO.ME › North Kingdom In the simplest of terms explaining it – “3 Dreams of Black” is an interactive music video developed in WebGL and optimized for Chrome to showcase its possibilities; written and directed by Chris Milk; based on the song “Black” from Danger Mouse and Daniele Luppi’s ROME album; an album that somewhat is a soundtrack to a movie that doesn’t exist. The music serves to express a story that takes place in a post-apocalyptic landscape where the main characters are played through the voices of Norah Jones and Jack White. More specifically, “3 Dreams of Black” is Norah’s lucid dream where users can partake and gain control of her characters experience. Together with Chris Milk and Google Creative Lab we took on the role to lead the development across disciplines and serve as one unifying hub to tell the story of ”3 Dreams of Black”. Launch Project and learn more about the technology behind it.

HRVRD November 12, 2013 Charlotte, North Carolina Buy the HRVRD session! $5.99 dingus records TONIGHT: Dingus At CMJ 2013 Good afternoon! I hope all have been enjoying this years CMJ Music Marathon, I know we have been. We’re excited to announce that the Dingus showcase is TONIGHT. All of our favorite bands are performing, including: Happy Lives, Napoleon and The Ugly Club. Doors open at 4 pm at Free Candy (905 Atlantic Ave., Brooklyn). » James Blake – Tickets – Terminal 5 – New York, NY – November 6th, 2013 It all started, says James Blake, with Joni Mitchell. His favorite singer and songwriter came to see him at the Troubadour in Los Angeles two years ago and hung around afterwards to talk. "She's an oracle," smiles James.

online paint program Flame Painter is a unique paint program, it belongs to my 'I am an Artist' experimental project. I think with tools which inspires you, everyone can be an artist. You can try it here, change different brush settings and paint your own flame paintings. The Bell House » Kevin Devine – Tickets – The Bell House – Brooklyn, New York – December 11th, 2015 Kevin Devine is an American songwriter and musician from Brooklyn, New York, who is known for alternately introspective and political lyrics and melodic acoustic guitar tunes. He cites his influences as Bob Dylan, Elliott Smith, Guns N' Roses, Brother Paramo and Nirvana, among others. He grew up in Brooklyn and Staten Island, and has spent significant time in Manhattan and Queens as well.

Explore Colour Our latest film tells the story of a future that has forgotten colour. Everything is sterile, ordered and precise. Huge cities are encased under vast white domes. It's a perfect utopia. But beneath this pristine surface something is lacking, and although there is no hate, no pollution and no crime there is also ultimately, no emotion. But there are people who still remember how the world used to be. 25 Independent Record Labels You Should Know By Monster, Joyce Ng, Caitlin White & Brendan Klinkenberg If you're reading this article, chances are you've previously poked around some of the other pages on Pigeons & Planes before landing here. What you hopefully noticed was a diverse mix of music and industry-related information to choose from. One of our main focuses here is on striking a healthy balance between the genres of music we cover and the types of artists that get featured. While we'll always make time for something new from Kanye West or Fiona Apple, we also recognize the importance of showcasing the indie acts that represent the Pigeons of P&P. Independent labels have been making an impact for decades, but the importance of their work is more evident than ever.