StoryChief - The Complete Content Marketing Solution for Your Team. A Dentist Sees More Cracked Teeth. What’s Going On? Matthew Cooke - This is a reality check. White America is having an identity crisis. Happiness Won’t Save You. Our Food Staff’s 21 Favorite Thanksgiving Recipes. Cooking something new for Thanksgiving is always a risk. 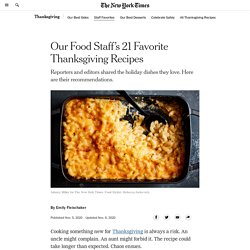 An uncle might complain. An aunt might forbid it. The recipe could take longer than expected. How to Add Music to Canva: #1 Guide. Canva is an awesome graphic design platform that basically lets you create any kind of visual content: infographics, youtube thumbnails, Presentations (slide shows), graphics for Instagram, short videos and about anything else that you could possibly think of. 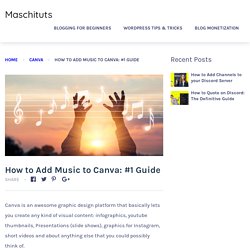 Apart from visual elements, Canva also gives you the option to add music to your graphics & design, be it images or videos. - The Washington Post. 59 Covid-19 Cases Linked To One 7-Hour Flight To Ireland, Per Study. An outbreak of 59 Covid-19 cases in Ireland last summer has been linked to a seven-hour international flight, according to research by the Irish Department of Public Health published last week in Eurosurveillance, a European journal on infectious disease surveillance. 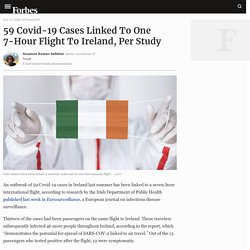 Thirteen of the cases had been passengers on the same flight to Ireland. Those travelers subsequently infected 46 more people throughout Ireland, according to the report, which “demonstrates the potential for spread of SARS-COV-2 linked to air travel.” Ted Hughes & Seamus Heaney: Will Gompertz reports on a previously hidden treasure trove. Brexit grace period for NI retailers considered. The European Commission and British government are discussing a possible grace period to allow retailers in Northern Ireland time to adapt to the significant changes that will come into effect on 1 January under the Northern Ireland Protocol. 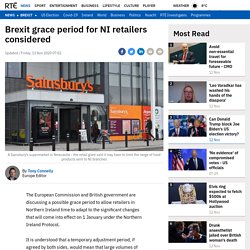 It is understood that a temporary adjustment period, if agreed by both sides, would mean that large volumes of food going to supermarkets and other retailers from Great Britain would not immediately be subject to extra costs and certain paperwork. Last week the First and Deputy First Ministers Arlene Foster and Michelle O'Neill sent a joint letter to the European Commission saying that any threat to the continuity of existing food supplies to supermarkets would be unacceptable. Under the Irish Protocol, agreed by Prime Minister Boris Johnson and the EU last year, Northern Ireland remains part of the EU's single market, while the rest of the UK leaves.

Latest Brexit stories. What Joe Biden Can Do as President. Mr. 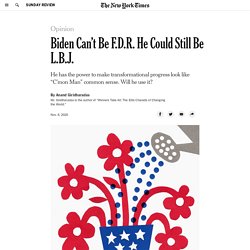 Biden may take the oath of office facing a lattice of crises that make some other tough-times inaugurations look enviable: a health crisis, an economic crisis, a racial-justice crisis, a climate crisis and a crisis of representative democracy revealed and exacerbated by his predecessor. Eddie Glaude: Race Continues To Haunt Us In This Moment. How the Gig Economy Gives Workers More Freedom.

The term “gig economy” gets a lot of attention these days. 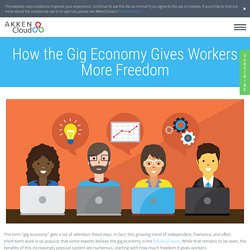 In fact, this growing trend of independent, freelance, and often short-term work is so popular that some experts believe the gig economy is the future of work. While that remains to be seen, the benefits of this increasingly popular system are numerous, starting with how much freedom it gives workers. According to the American Staffing Association, the term “gig economy” is largely misunderstood. Seventy-five percent of U.S. adults have never heard the term, and those who have aren’t clear on its meaning.

Scientists have found the strongest evidence yet that people who recover from Covid may mount a much faster and more effective defence against the infection if they encounter the virus again. 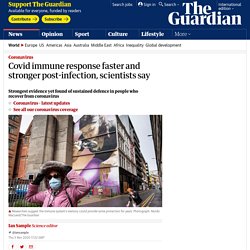 Researchers at Rockefeller University in New York found that the immune system not only remembered the virus but improved the quality of protective antibodies after an infection had passed, equipping the body to unleash a swift and potent attack if the virus invaded a second time. One Day in America: More Than 117,000 Virus Cases. Tikkun Olam Is Trending. Lockdown Artist Date Ideas. Aside from writing Morning Pages, another key element of The Artist’s Way practise is to go on what Julia Cameron calls Artist Dates. 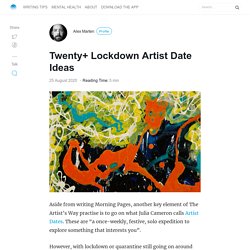 These are “a once-weekly, festive, solo expedition to explore something that interests you”. However, with lockdown or quarantine still going on around the world, a question we often hear is what people should do for their Artist’s Date if their mobility is limited and things like art galleries are closed, so below we’ve listed a bunch of ideas for things to do in or around your home: Go for a photo walk. Homes to be built by NI Housing Executive again. Colin Kaepernick Was Right About Us. 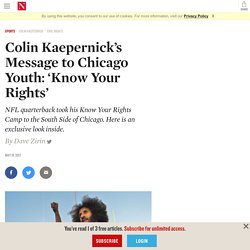 The free-agent NFL quarterback came to the South Side of Chicago last Saturday to hold one of his Know Your Rights Camps: full-day youth seminars that Kaepernick organizes, funds, and emcees. Already staged in New York City and the Bay Area, with more cities to come, these are not open events for sports fans, the press, or random people. Their aim is to speak directly to black, brown, and economically disadvantaged youth, invited through local community organizations, about history, nutrition, legal rights, and financial literacy. As Kaepernick said to me, “Every city has grassroots resources. Our goal is to raise awareness about those resources and help young people access them to empower themselves and the people around them.” An Introduction to Irish Literature in 11 Writers. W. 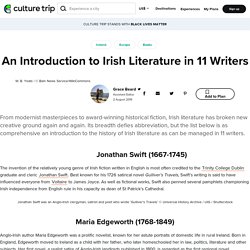 B. Yeats | © Bain News Service/WikiCommons Assistant Editor2 August 2019 From modernist masterpieces to award-winning historical fiction, Irish literature has broken new creative ground again and again. I forgive nobody. I wish them all an atrocious life in the fires of icy hell… The Republican war on voting doesn't end with Election Day. SBS INSIGHT - My Story: Sam. Pete Buttigieg - Moments of huge personal transformation... Why the U.S.’s Electoral Machinery Is More Robust Than People Think.

Only once has a disputed electoral vote count reached the second stage.