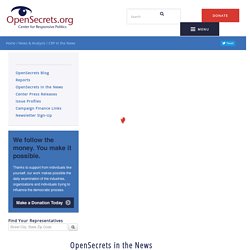 Chamber of Commerce spent nearly $104 million on lobbying last year making it the top lobbying spender among 3,734 groups tracked by the Center for Responsive Politics. The International Business Times Published on 6/8/17 Since 2010, banks and lending institutions, commercial banks, and investment holding and securities and investment firms have given $190 million to federal candidates and officeholders, including $54.3 million in the 2016 election cycle, according to the Center for Responsive Politics. The Wall Street Journal In February, Geo Group added another lobbyist to its team of a half-dozen firms: Brian Ballard, a top fundraiser for the Trump campaign in Florida. 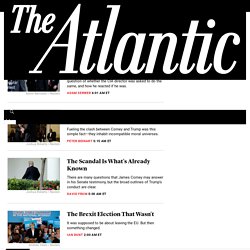 Reports that Trump asked intelligence chiefs to help shut down the investigation into Michael Flynn raise the question of whether the CIA director was asked to do the same, and how he reacted if he was. There's No Such Thing as 'Honest Loyalty' Fueling the clash between Comey and Trump was this simple fact—they inhabit incompatible moral universes. The Scandal Is What's Already Known There are many questions that James Comey may answer in his Senate testimony, but the broad outlines of Trump’s conduct are clear. The Brexit Election That Wasn't It was supposed to be about leaving the EU. But then something changed. Latest National, World & Political News. The Quartz Directory of Essential Data - Google Sheets. Variety. Nate Silver’s FiveThirtyEight uses statistical analysis — hard numbers — to tell compelling stories about politics, sports, science, economics and culture.

The best free cultural & educational media on the web. Pop.com. ABC Open: Your best pictures from around Australia. 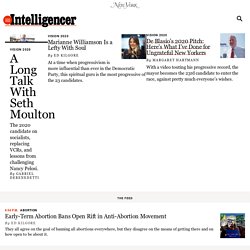 By Ed Kilgore There's no telling how this saga will end. Share Tweet Get smarter news, now. Follow Daily Intelligencer. Affirmative Action in College Admissions Survives SCOTUS AgainThe much-debated Fisher v. The much-debated Fisher v. Share Tweet Masked Gunman Is Killed by Police After He Opens Fire in German Movie TheaterHe took people hostages at the theater in a small town outside of Frankfurt, but all were uninjured.

By Jen Kirby He took people hostages at the theater in a small town outside of Frankfurt, but all were uninjured. Share Tweet America Doesn’t Want a Real-Estate-Mogul-in-ChiefAs Trump ditches the campaign trail for a business trip, a poll shows seven in ten Americans think he shouldn't be running his company while running for president. By Eric Levitz Share Tweet the national interest New York Times Finally Stops Repeating Trump Steaks LieTruth prevails at last. By Jonathan Chait. Pakistan-on-the-brink-the-future-of-america-pakistan-and-afghanistan-t12762624. Blog — Limitless. You set a goal- Losing some pounds. 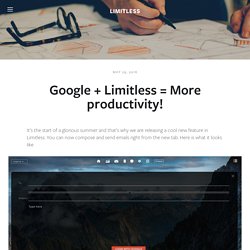 Finishing that long paper or finally getting that boring, administrative thing done. You set a deadline - "I AM going to finish this paper in a week. " Yet somehow you don't. You do it with much energy for a couple of days and then something comes up - that party, a "short" nap or that crucial football game. ORBIS: The Stanford Geospatial Network Model of the Roman World. Vindolanda Tablets Online. Honey.